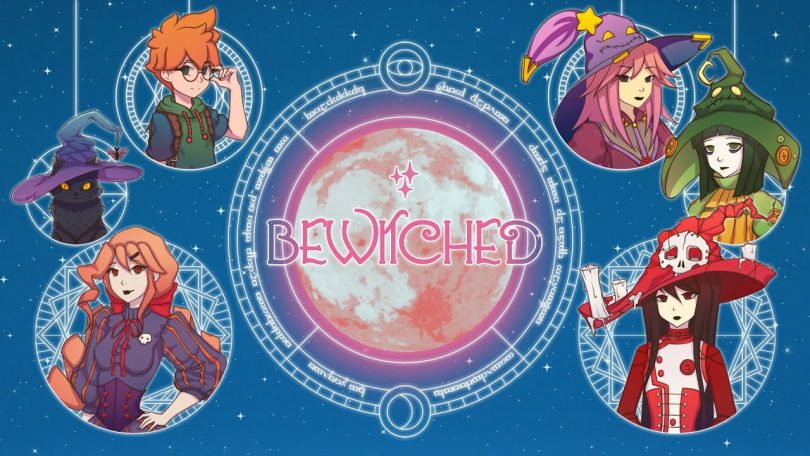 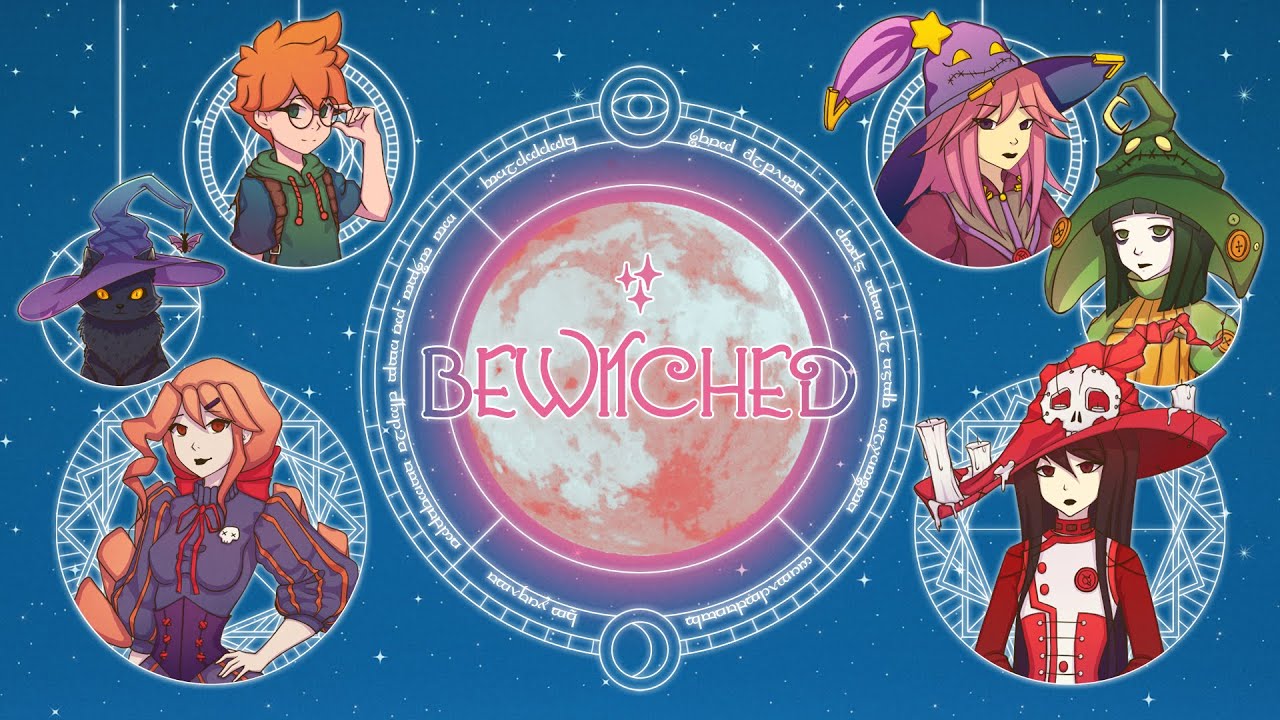 Today I wanted to talk a bit about an interesting project, and one that provided me with a unique opportunity to, for the first time, act as a proof-reader and do minor editing for a sizeable VN. Because of this personal involvement, this won’t be a full-on review, but more of a loose rant, highlighting both the worthwhile aspects of the game and my somewhat-peculiar experience with it. The VN in question, Bewitched is indeed a rather interesting one, as all games by Graven Visual Novels are – just as they are weighted down by extremely awkward translations from Russian and inherent flaws of their author’s prose. This time, however, the developer made their first attempt to work on properly polishing the game’s English script with the help of a few volunteers (including my gloriously dyslectic person). This move was quite likely inspired by the discussions I had with them regarding their previous projects and the problems with their English versions. If my involvement in the EVN scene ever made a tangible difference, this is the most concrete example of it, and I hope you’ll be willing to join me as I briefly explore what that difference actually is… 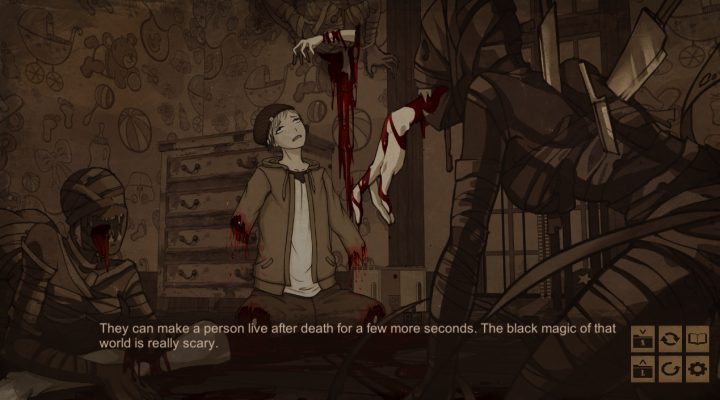 Gruesome and featuring a memorably grim story, Silenced had a lot of potential that was never fully realized, mostly due to its writing and poor translation
I’ll be very blunt: Graven’s first game, Silenced: The House was something of an amusing trainwreck. Its interesting artstyle and effective gore were combined with edgy, needlessly flowery writing and rather awful English, creating an experience that was nowhere as fun to read as it was to look at. The general idea, with a villainous protagonist luring a group of obnoxious teenagers to meet their doom in a haunted house, is the kind of cheesy fun I genuinely enjoy, while the amazing amount of well-stylized art could easily make it an absolute treat. The clunky user interface, most quality-of-life features typical for visual novels missing or broken, underlined the fact that its ideas and efforts of the visual artists were simply squandered by poor execution of all other aspects of the game. The end effect was something I didn’t hate, but still had a hard time recommending to anyone.
The studio’s second project, Still Alive, was more competent from the technical standpoint, but repeated all the other issues that plagued Silenced: occasionally confusing script and English that was well below acceptable levels. This time, the consequences were more significant: as it tried to catch people’s attention on Kickstarter, neither the project page nor the demo could gather the confidence of English-speaking crowd and despite the unique premise and once more decent art, the game barely reached half of its funding goal. This was something I was personally a bit sad about, as the sci-fi horror and yuri elements were very in-line with my taste and I expected to enjoy the end product quite a lot if the game hasn’t been cancelled. 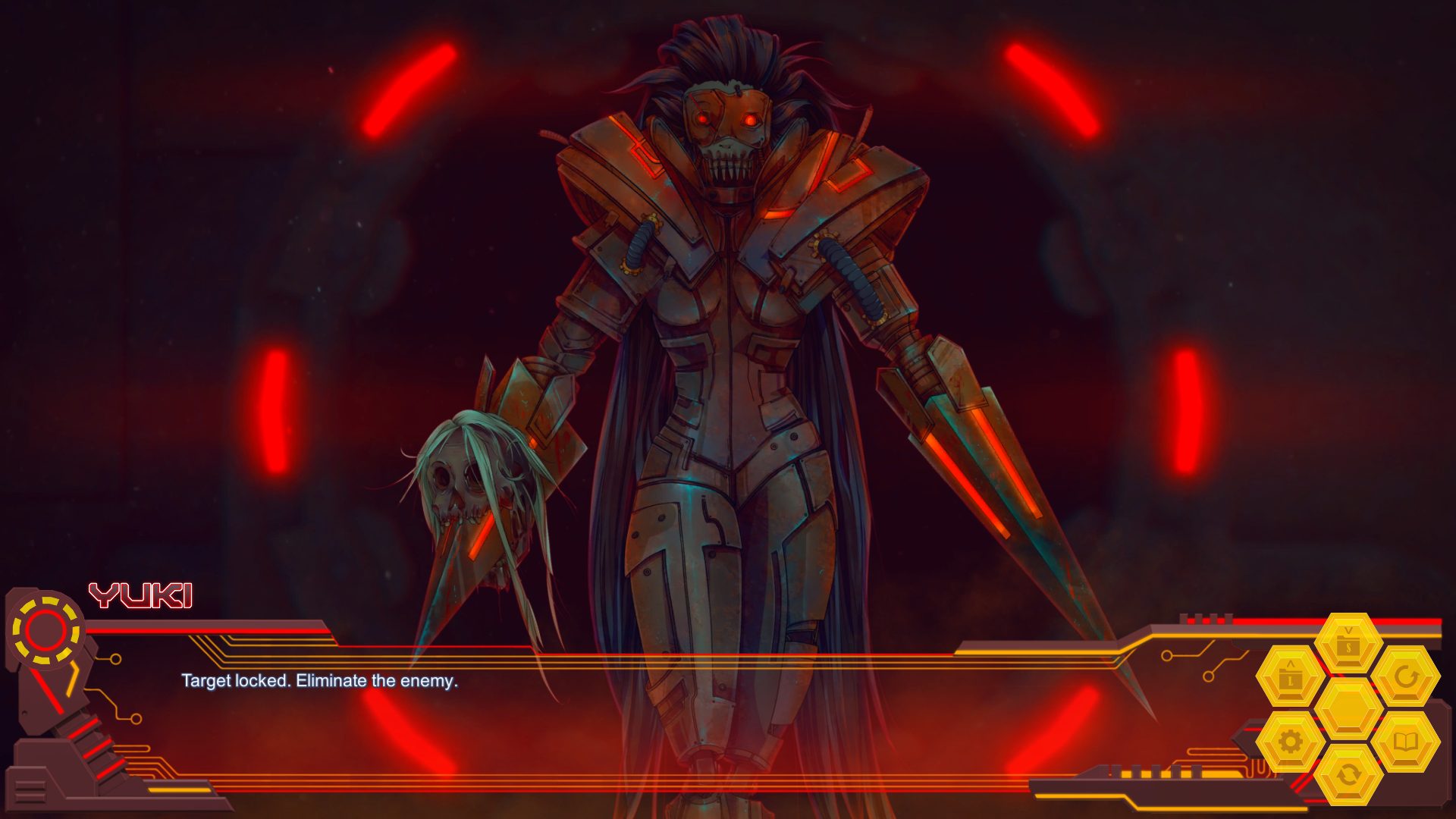 Terminator-like, post-apocalyptic setting of Still Alive showed quite a lot of promise, especially because Graven were never afraid to go really dark and grotesque with their games – even in the demo, some events and enemy designs were genuinely unsettling
It wasn’t that long after the Still Alive’s Kickstarter failure that I was surprised with a proposition to help edit the script for Graven’s newest project, a game named Bewitched – a story about a young boy becoming an apprentice of his Aunt, a powerful witch and potion maker. It was by most measures a stark departure from the studio’s grim horror stories and while working on the game’s text, I couldn’t help but enjoy the change in stylistics. The English script, however, was once more a giant mess, with me and another volunteer editor (who I had no contact with) tasked to make it readable within a pretty short timeframe. The effects were, as you can imagine, pretty ambivalent – a major improvement on the original draft that was still not fully up to standards I would usually like to see from a VN. While I’m really satisfied with some of the things I’ve done while polishing the text, a lot of awkward sentences and even occasional typos slipped through. Ultimately though, after seeing the final game, I think we managed to make it reasonably enjoyable to read, at least not less than the Russian original likely is, which makes the game something I’m willing to recommend. Maybe if I wasn’t involved, someone else would step in to do the proofreading, but there’s also a chance I’ve saved this game from being more or less lost for the English-speaking audience, and that is honestly quite a good feeling.
And speaking about the game proper, Bewitched getting destroyed by a bad translation would be a genuine shame. While working on the text, I wondered how certain things would be portrayed in the final product, but I didn’t expect the art to be this detailed and vibrant. Some of the CGs and backgrounds are honestly stunning for a tiny indie game like this – visual quality was always Graven’s strongest side, but Bewitched still managed to be a major improvement in this regard. While from the technical point of view it’s still not perfect, mostly because of not being made in a dedicated visual novel engine, its story is fairly linear, without much reason to fully replay the game and really feel the absence of some quality-of-live features, such as a precise skip-read option. While some branching is present, it’s fairly minimal and mostly related to how you approach certain puzzles in the point-and-click adventure game sections. The interactivity, by the way, is pretty significant, so the game might not be a good pick if you’re not into exploring environments and completing tasks through various interactions – while there are many “pure” story sections, especially dominating its later chapters, you’ll spend a good portion of the 4-5 hour playtime collecting ingredients and exploring the protagonist’s aunt’s house. 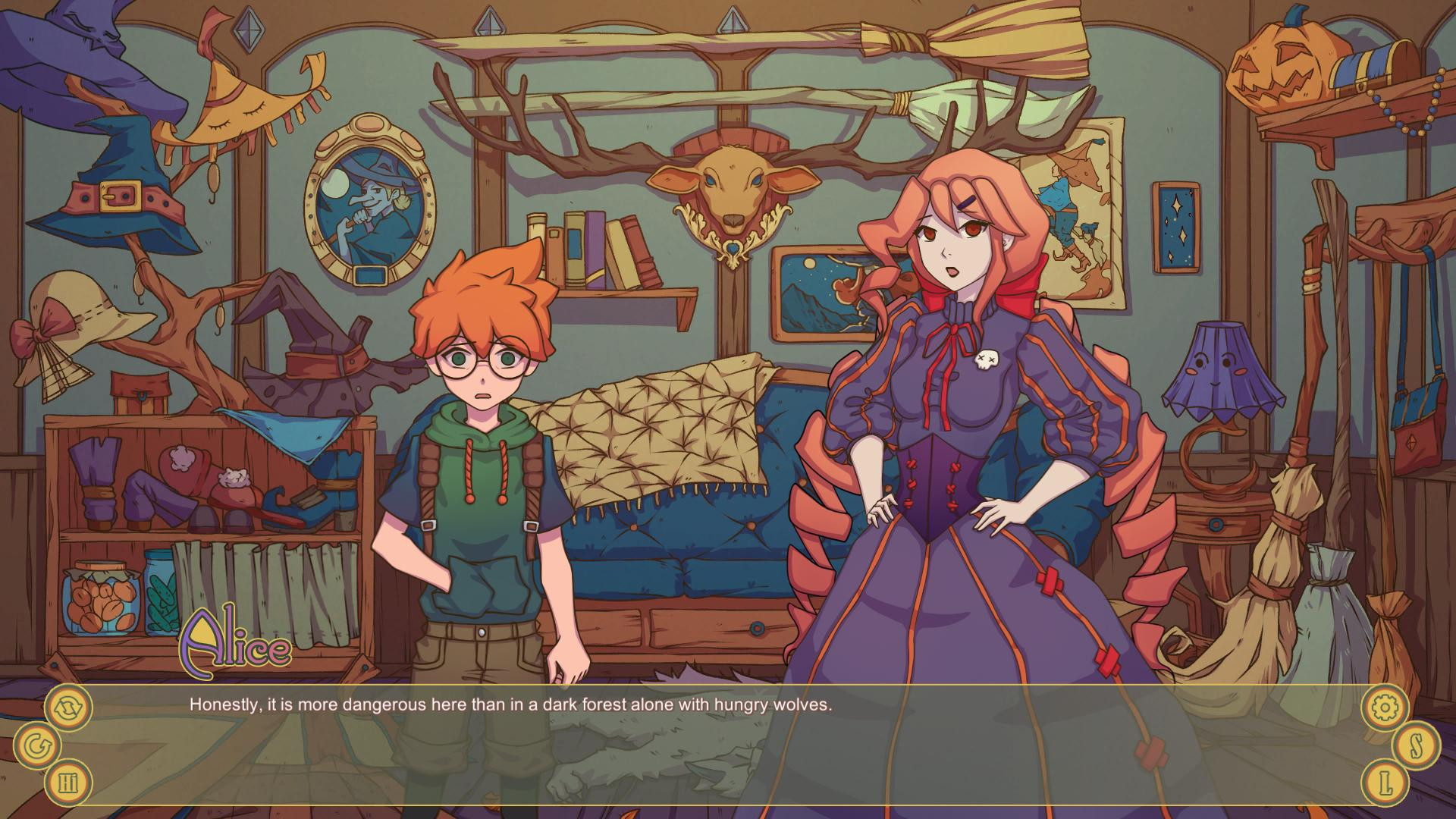 Bewitched created an effective vision of a wacky, danger-filled magical world – one colourful and cheerful at first look, but featuring plenty of dark undertones
While I stressed the stylistically change between Bewitched and Graven’s previous projects, it doesn’t mean the game is all sunshine and rainbows. Like in the studio’s previous titles, there’s a plenty of ways to get the protagonist killed and there are intensely dark moments to its story and setting, along with some disturbingly grim humour. You can easily feel that the story was ultimately created by the same team, still holding very similar sensibilities and whether intentional clashes between the colourful visuals and edgy plot elements will bother you is very much up to personal taste. For me, it’s still quite enjoyable, especially when presented through more-readable English than Silenced and Still Alive. It’s also not a deep experience, with neither the story nor characters being particularly complex or meaningful, but it’s fully functional as a silly adventure tale and at times genuinely imaginative.
In the end, while I’ll refrain from giving Bewitched a rating, I think it’s definitely the best title Graven produced so far and something well-worth the 5$ asking price. It will also always hold a special place in my heart, as I’ve learned some valuable things through my involvement with it. So, give it a chance – and if you ever think editors did a questionable job polishing certain VN’s text, remember that you don’t know what they were starting with. 😉