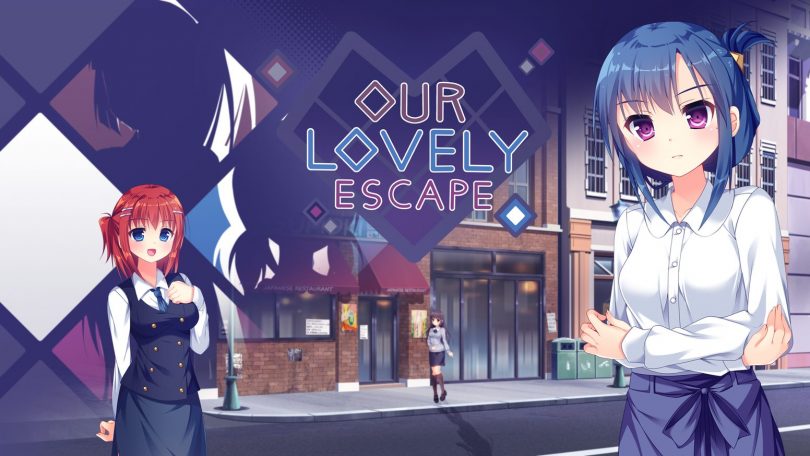 Few EVN studios leave me with such mixed feelings as Reine Works – a small team creating otome and yuri VNs at an impressive pace since 2017, known for titles such as Blossoms Bloom Brightest and Reflections ~Dreams and Reality~. While I enjoy the ideas behind much of their work and there’s usually a visible improvement in quality with each new release, the storytelling in their games always proved lacking, leaving me either bored or weirded out in the end. Still, I was invested enough to still support their increasingly ambitious and interesting-looking projects, including minor Kickstarter pledges. This is how I ended up playing Our Lovely Escape – a small VN with choosable protagonist gender and three female romance interests, which appeared on Steam in late September 2019, after many long delays. Marketed in a way that suggested a dark twist to every heroine arc, hidden under a façade of a cute, New Game!-like story about an all-female game studio, it seemed to mix many elements I personally enjoy. What I got, however, is quite likely the worst Raine Work’s game to date and will stay in my mind as one of the most upsetting VNs I’ve read to date.