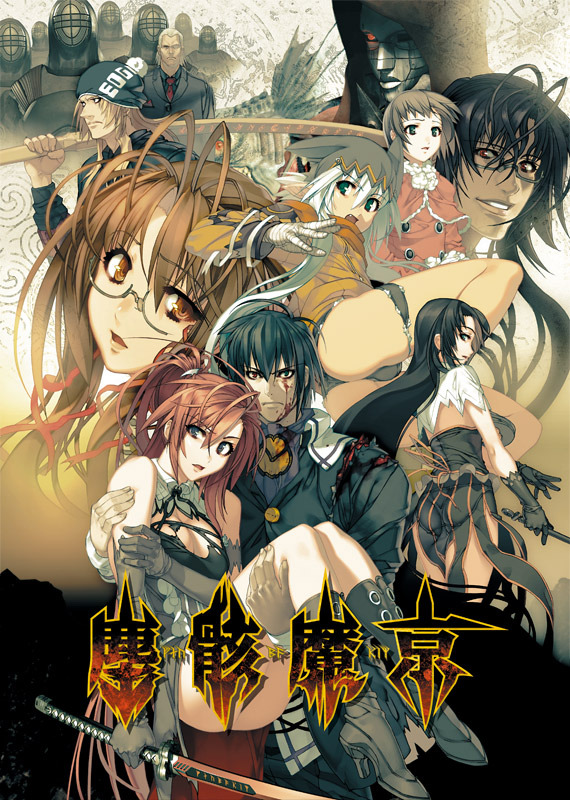 I think it’s safe to say that Jingai Makyou is one of Nitroplus’ lesser known, or at least less often talked about, visual novels. I mean, there’s the fact that it doesn’t have an English translation, but even putting that aside, it’s not really the first game you’ll think about when you hear the word Nitroplus. And probably not the second or third, either. Most people will mention their Muramasas and their Sayas and maybe even their Demonbanes, but this one rarely ever seems to get much recognition other than a quick “oh yeah, that VN is a thing that exists I guess, now let’s get back to discussing why Saya taking it up the ass is central to the plot”. Anyway, Jingai’s apparent lack of presence in the general VN consciousness was actually one of the main reasons that pushed me to finally read it. That, and the artwork. And the soundtrack. And Ignis. Yeah.