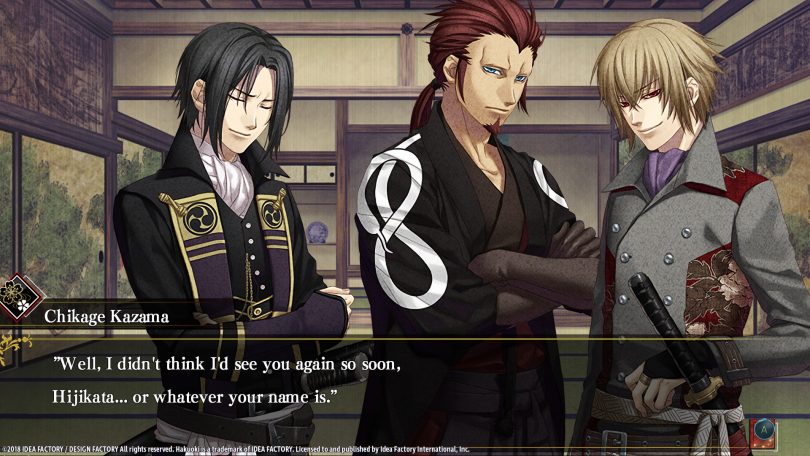 Hakuoki: Edo Blossoms is a dramatic and exhilarating sequel to the popular otome game titled Hakuoki: Kyoto Winds. The game was developed by Idea Factory who is known for their colorful and comical Japanese role playing games and more recently for their unique selection of otome games. Idea factory International published both the PlayStation Vita’s North American release and the Steam releaseon March 13, 2018. The PlayStation Vita version is available in physical and digital formats and there is a physical limited edition that includes a calendar, mug, character pin set, 64 page art book, and a reversible cover sleeve with the game all inside of a collector’s box. The Steam version can be purchased digitally from the Steam Store page with purchase options for special bundles such as the deluxe bundle which includes 2 digital art books, PC wallpapers, and mobile wallpapers along with a Steam copy of the game. The Steam version has 36 Steam Achievements and 6 collectible Steam trading cards that feature some of the character art.

The game takes place in fictional Japan during the historic Bakumatsu period, A majority of the game’s primary characters are based on famous historic warriors from