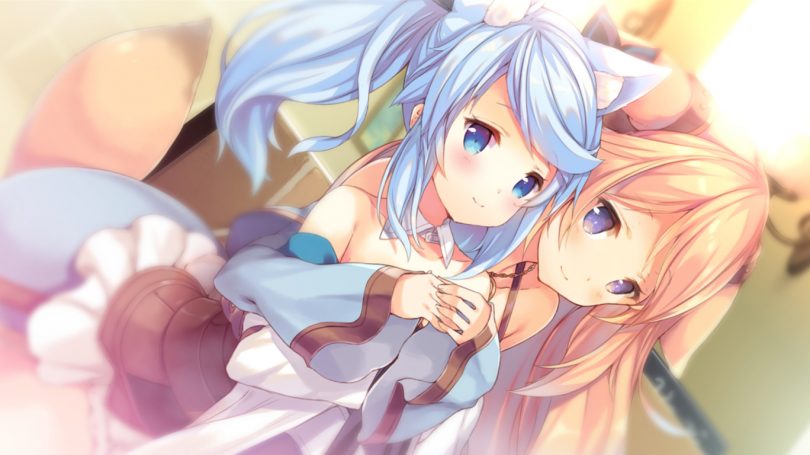 The Karakara games tell the story of Leon, a chef who owns and operates a small diner, and his ever-growing harem of girls with animal ears. The diner mostly stays afloat thanks to catering contracts for a bunch of local miners, and the girls have animal ears because every human in the entire world has animal ears, except, apparently, for Leon: one of a number of mysteries which the game periodically mentions but doesn’t take any steps towards solving. In addition to the returning heroines from the original, Karakara 2 introduces two new girls to the group: Rebecca and Mari. Also returning from the first game is Cullen, the canny police officer (another animal-eared woman) who drops by Leon’s place frequently to make sure he’s doing all right and to tease him about his love life.

One of the strongest points in favor of the Karakara games is their unique setting: a post-apocalyptic world which is, nonetheless, very positive and hopeful. The games choose the unusual tack of creating a fantastical setting but generally leaving it alone, letting it simply serve as a backdrop for the story. None of the characters we meet were instrumental in the unknown disaster that changed the face of the earth (as far as we and they know, at least), nor are any of them looking to be big movers and shakers in the new world. The game doesn’t indulge in infodumping, and in fact goes so far as to set things up so that infodumping would be pretty much impossible. The characters simply don’t know about much of anything, and the games don’t seem interested in changing that. Generally speaking, the plot isn’t overly fascinated with the setting behind it, and instead just uses it as a vehicle to populate the world with quirky and lovable characters: people who are by and large honest, hard workers, unafraid to lean on each other for support and always willing to lend a hand to someone in need.

This good-natured positivity follows around both the main character and the girls he surrounds himself with, his harem of heroines. But where the first Karakara game stayed strictly within these warm, fuzzy norms, only occasionally calling out to characters’ dark pasts or alluding to a seedier side of the world, Karakara 2 starts to bring that less pleasant element of society into the action. While most of the events in the game are sweet and innocent, a shadow gradually intrudes into our characters’ little world over the course of the game.

If you start going down the list of nominals, Karakara 2 does well across the board (unsurprisingly, given the pedigree of most of the main creators behind the game). The sprite, background, and CG art are all gorgeous, bursting with bright colors and well-placed contrasts and highlights. Character design gets a lot of points for making all the characters look distinct from each other and from what I think of as typical moe VN style (and it’s not just the animal ears, I swear). The only sticking point for me with the art is that the scripting sometimes likes to put the sprites at various distances from the camera, and the otherwise crisp sprite art tends to blur a bit whenever the characters are not at the default middle distance.

The music in Karakara 2 is almost entirely reused from the original Karakara, which was honestly a disappointment for me. Sprites and backgrounds are also reused, but at least a number of new ones appear, especially with sprites; I think there may be exactly one new BGM track in all of Karakara 2. That said, the BGM is generally all right, though not much of it stands out. The piano-heavy piece which plays over the opening splash screen and which tends to appear during emotional scenes is pretty good, I suppose. I also quite like the vocal song backing the intro video, appropriately titled “Rakuen” (“Paradise”); more on that later.

One important thing to note is that Karakara 2, like its predecessor, is on the short side: I probably spent around three to four hours with each game. If you’re someone who frets over dollars per hour of entertainment, keep that in mind. That said, the games are correspondingly cheaper than a longer VN typically would cost, particularly if you get the All Ages versions on Steam; the price difference for the 18+ material is substantial. Also, I did encounter a couple of bugs in Karakara 2: 1) the em-dashes in the script were rendered as question marks, which periodically made lines look rather strange, and 2) the new characters’ voices were missing in the 18+ scenes (which is arguably a pretty big loss, depending on what you’re looking for in a sex scene…). The good news is, the second one had already been fixed while I was writing this review, and ultimately neither of those really hurt my enjoyment of the game much. 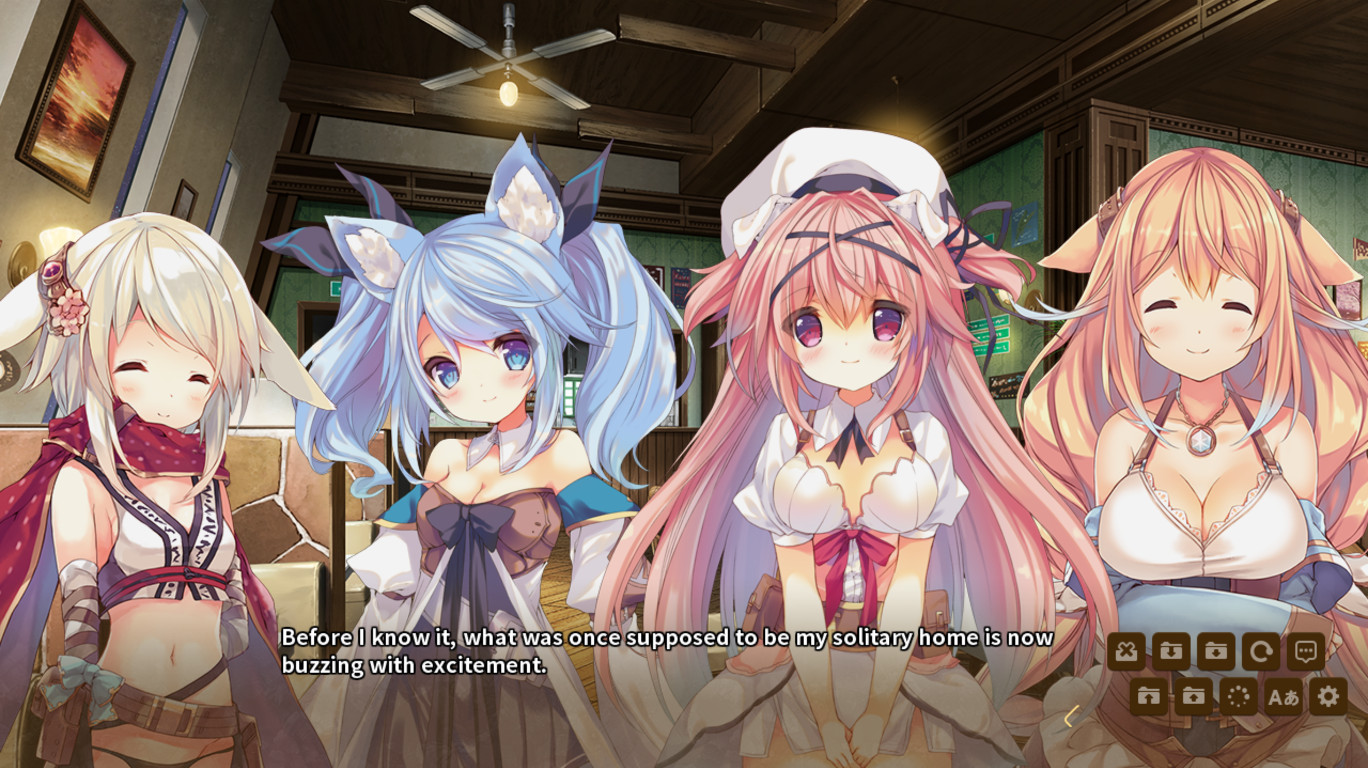 All in all, Karakara 2 is mostly fluff, but it’s extremely well-executed and enjoyable fluff. I wouldn’t recommend playing the sequel without playing the original Karakara first, but I certainly would recommend playing both of them, as long as you know and are okay with what you’re getting in for, length-wise and content-wise. Each time I play a Karakara game, I find the setting, costuming, and character design to be a very pleasant change from a typical moe-centric game (Japanese high school, school uniforms, etc.). Coupled with the fact that the games have stunning art, winsome characters, and provide a passable plot arc, I’ve ended up feeling very positive about each of Karakara and Karakara 2. If you gave me a ten-point scale, I wouldn’t rate Karakara 2 a perfect ten, because it simply doesn’t have enough raw impact. But when you give me a five-star rating, like its predecessor, Karakara 2 is to me a five-star game.

I’ll close out by trying to explain what I find so appealing about the Karakara games, which circles back to that intro video song I mentioned earlier. This series is about a bunch of characters living in a post-apocalyptic world, a literal desert, the sound of whose arid winds provide the title for the game. And yet, in the home they’ve built with the family they cherish, those characters have made for themselves a place which is, to them, no less than paradise.

+ A clear focus on creating lovable characters with enjoyable interactions pays off in a warm, sweet atmosphere.

+ The unique setting goes a long way to get the game out of the typical moe game rut.