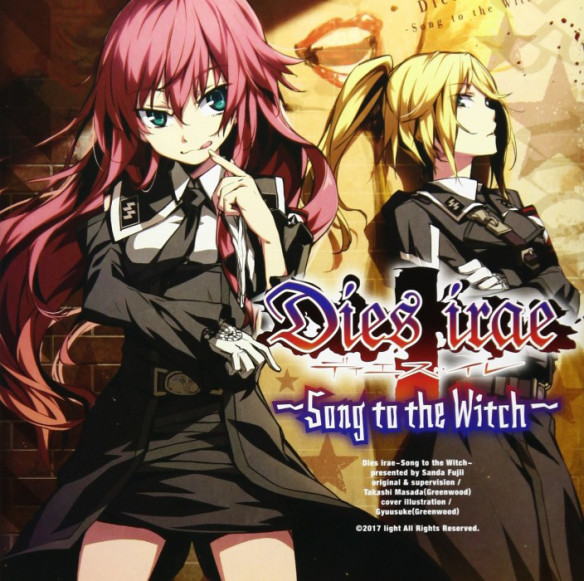 Dies irae: Song to the Witch is the second light novel spinoff to Dies irae (the first one being Wolfsrudel, which I have yet to read) and was written by Fujii Sanda, with insert illustrations by Minatogawa Kazuomi, the artist for the Dies irae manga adaptation. As clearly implied by G Yuusuke’s beautiful cover art, the novel features Rusalka and Beatrice as its two main heroines, and chronicles their exploits in the United States of 1962, where they face off against a mysterious new foe: the powerful witch known as Marilyn Monroe.

Now, if that initial premise didn’t instantly catch your attention, then nothing will, lol.

Anyway, let’s just cut to the chase, because you’re probably wondering if the book was good. Well, it was! More so than I initially expected, to be perfectly honest. In fact, it was quite the page-turner most of the time – I found it pretty engaging from start to finish and read through the entire thing