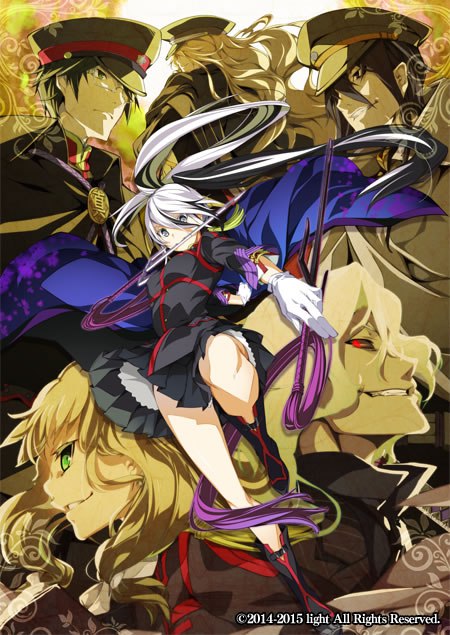 That awkward moment when you keep calling the first game “Senshinkan” and then a sequel comes out and forces you to type out Hachimyoujin to differentiate between the two. I don’t like typing out Hachimyoujin. Anyway, so Bansenjin is the sequel/fandisc to the first Senshinkan game. It adds an entirely new storyline, some cool new characters, and – of course – a healthy dose of fanservice, ranging from pleasantly heartwarming to absolutely ridiculous (in a good way, of course).

Anyway, so Bansenjin features the descendants of the great heroes who saved the day during the Amakasu Incident as its main protagonists. Who look exactly like the main cast from the first game, right down to their names being identical as well, so you probably won’t have trouble adjusting yourself to the new/old cast. Munefuyu is now Munechika and is a teacher at Senshinkan Academy, while Yurika is… fuck, I don’t even remember her title but I think she’s the main student representative or whatever. She’s