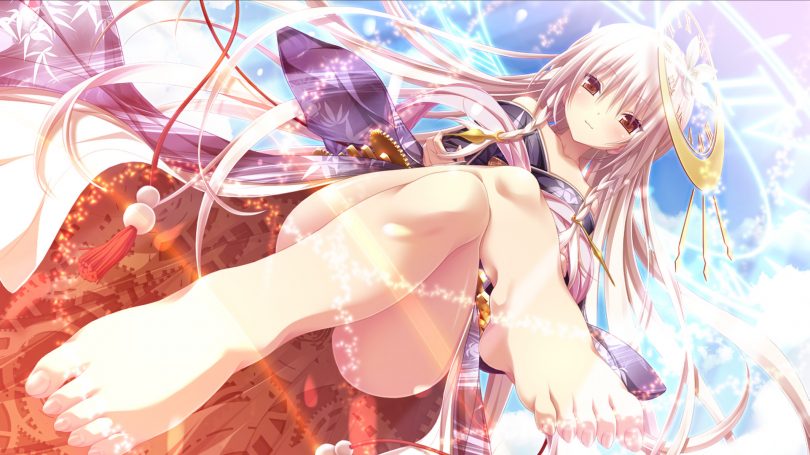 ChronoClock is an essentially plotless moege with solid production values, great dialogue, and fabulous characters. If you’d told me that before I started playing it, I probably would’ve skipped it entirely, and that would’ve been a mistake. Plot matters a lot to me: it’s probably the thing I get the most out of, when it comes to visual novels. But ChronoClock is a bizarre exception, a VN that proves that when the characters are truly stellar, you can take a thin excuse for a plot and still make a great game out of it.

Let me start by addressing what plot there is: the plot of each route is basically independent. In all routes, it boils down to Rei first choosing a heroine (via extremely straightforward “pick a girl”-style choices), at which point it’s clear to both of them that they like each other, but some issue gets in the way preventing them from coming together, which they work through during the route. Predictably, working through said issue brings the couple closer together and helps them confirm their feelings for each other, leading to a trite but rewarding happy ending, and then, if you’re playing the 18+ version, two post-game H scenes per heroine. H scenes aren’t part of the normal flow of the game and instead are explicitly (heh) picked from the main menu. They don’t add anything to plot or characterization but do feature quite a few fun moments for the characters, since they typically contain a decent amount of scene-setting dialogue.

The titular object is a magic pocket watch granting limited time traveling powers. Sounds like a good premise? Well, it is, but it’s actually a surprisingly small part of the plot, and not all that heavily used. Something of a MacGuffin, it becomes increasingly irrelevant as each route progresses, only figuring prominently in Makoto’s route, and even there it doesn’t really take center stage. All told, there’s really not much to the game plot-wise. 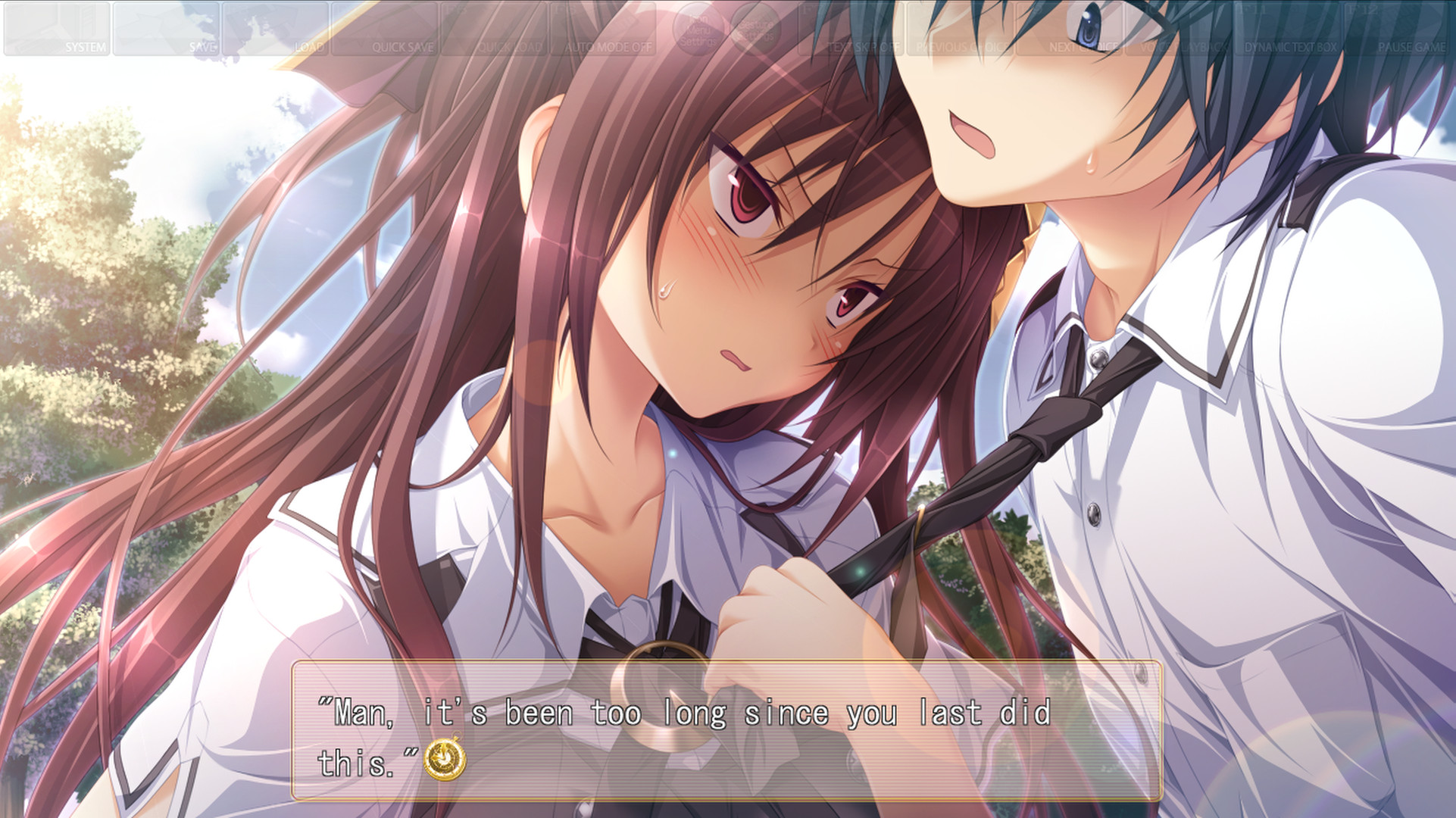 Fortunately, the characters themselves completely make up for that gap, largely because each one is both unique and likeable. Most VNs I play feature a heroine or two who come fresh-pressed from a cookie cutter: excitable little sisters, head-over-heels childhood friends, energetic sporty girls, reliable older girls, calm girls who don’t say much, tsunderes who proclaim their undying hatred of the protagonist right up until the ending credit roll… They’re all charming in their way (they’ve earned their exalted trope status), but they get less so every time I see them around, and it seems like even the best VNs have at least one or two heroines who feel like they’re just stamped right out of one of those molds. Not ChronoClock. Every last one of its heroines is unique, from the at-first-blush classic tsundere who almost immediately starts spending all her lines unabashedly proclaiming how crazy she is about the protagonist, to the demure blind little sister with a roaring libido who’s constantly trying to jump the protagonist’s bones. Every one is a breath of fresh air, and it makes them all feel much more real. Fleshing out those essential characteristics, and serving to make those characters feel unique, are a few things: delightful voice acting, standard but nonetheless great art, and snappy writing courtesy of a translation that, despite some rough edges, is generally excellent.

Yeah, I said it. You’d never guess given all the heat it takes, but ChronoClock’s translation is largely excellent, in my eyes. If you want to see it at its best, go read a few exchanges between the protagonist and the male sidekick character, Shuuji: the way these two guys trade insults is fantastic, and the magic of it is mostly coming from a very creative translation. The translation is not perfect (they never are, right?): the initial rushed release led to proofing errors, most of which were fixed within a couple weeks of release; narration tense is something of a mess throughout, flipping back and forth between past and present fairly frequently, though from what I can tell this doesn’t seem to bother anybody who’s played this game but me; and there’s some odd phrasing hanging out here and there, especially in certain of the H scenes which I suspect still haven’t gotten a proper edit in the release I’m playing (which I believe is the latest as of the time of this writing). There are also some questionable decisions (which I don’t think are “problems” per se, but are, well, questionable decisions): D.D.’s affectation is annoying as hell, though I can’t think of any better way to render it and haven’t seen any suggestion which I actually think would be better (for better or worse, I hear her frequent English interjections were considered incredibly annoying by Japanese readers, so maybe props to the translation for effectively capturing her character?); use of British English throughout, especially a lot of slang that was completely unrecognizable to me as an American, was also annoying, but obviously not something you can call a mistake. But those were mostly little snags, and were more than balanced out by lively dialogue that made the characters jump off the screen for me. 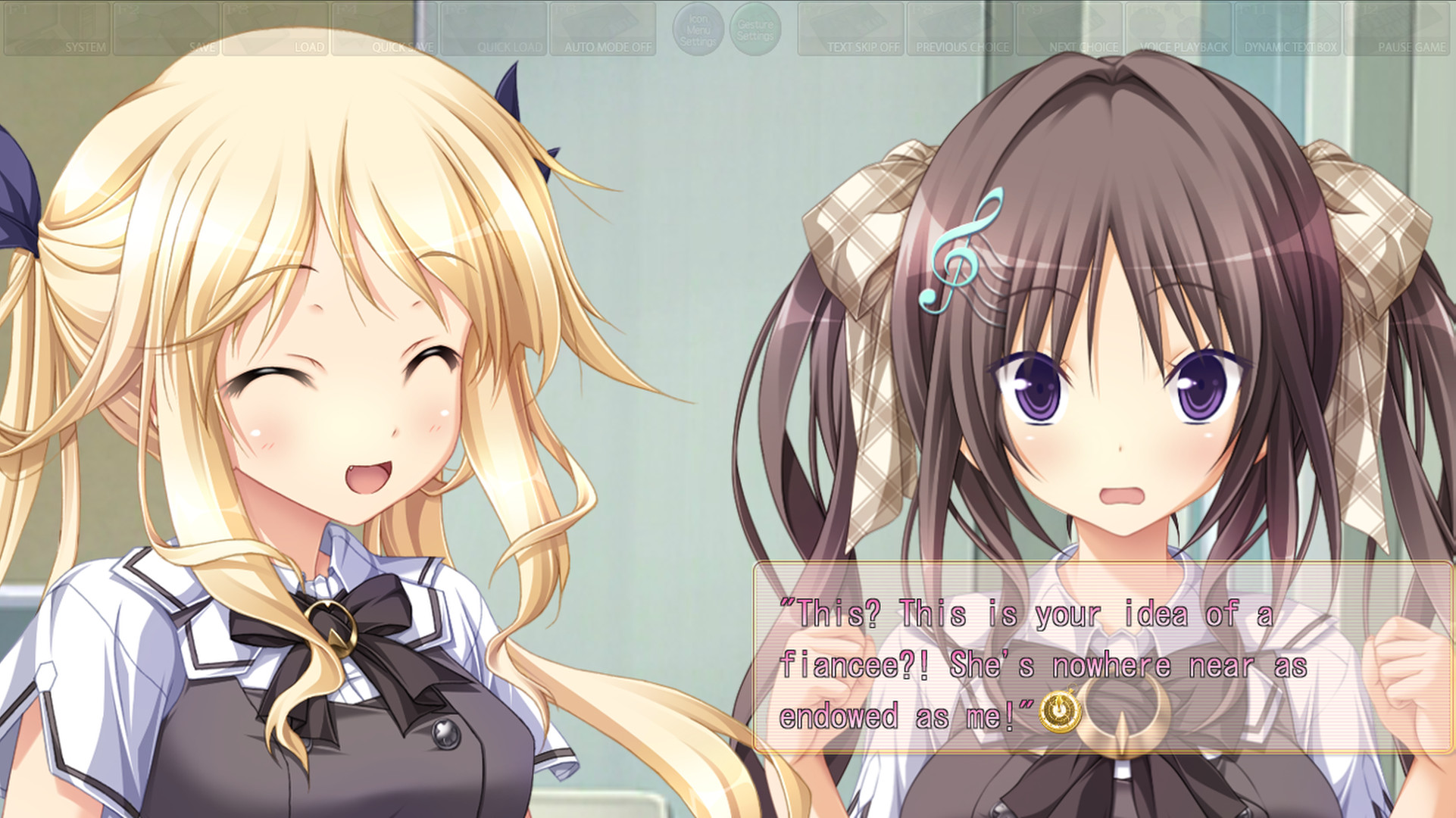 I mentioned the art before: it’s pretty typical moege art, and while I won’t claim to actually be able to judge quality, I do like it more than most of what I see. Outdoor backgrounds are vibrant and bright without being garish, enhancing the game’s summery vibe, while indoor backgrounds are generally more subdued and unremarkable. The sprite art is mind-numbingly cute, as are the CGs, full of happy smiles, rosy cheeks, and flashy hair ornaments (some girls wear two or three, because moe).

I don’t have a whole lot to say about the music; it was good but didn’t leave too big an impression. Most of the girls had themes which I only thought were okay, but I do remember really enjoying Cro’s. Also, one of the heavier tracks (perhaps the only heavy track?) which only came up infrequently, the game being generally pretty light, was quite nice. The soundtrack certainly went beyond merely getting the job done, and I’m sure once I get the soundtrack and give it a listen, it’ll be good for a pleasant nostalgia trip from time to time, but it was certainly no Grisaia or Flowers OST. 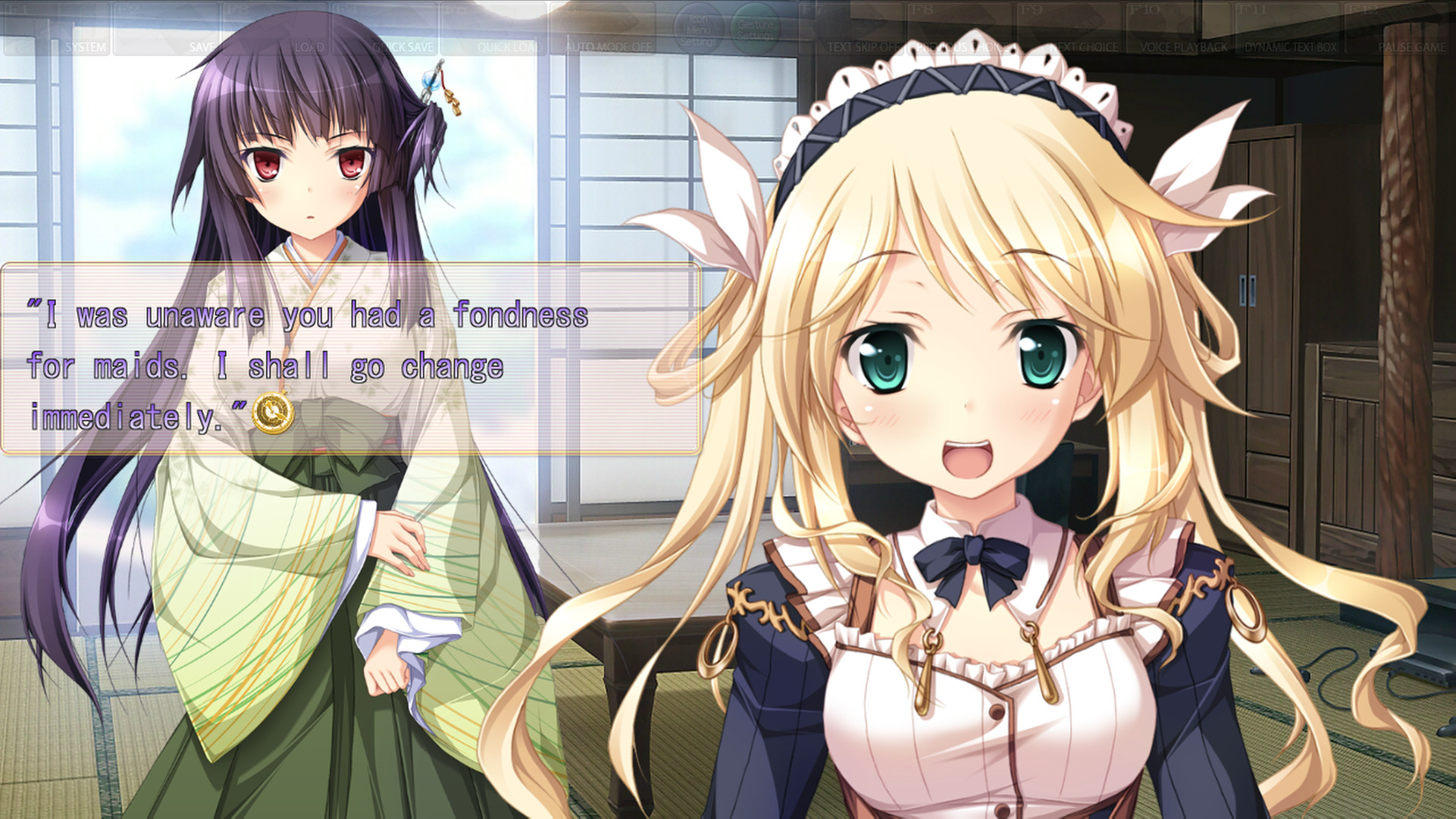 In the end, I’ve probably got more cons and more merely good items on the checklist than I usually would for a game that I ended up feeling so positive about, but it all comes down to the characters. If I could get away with it, I’d just fill this post with screenshots of Misaki saying ridiculous things, or Michiru shamelessly flirting with Rei, or Cro just being adorable, or… well, you get the idea. They’re just all so much fun. Sometimes, that’s enough, and this is one of those times: play ChronoClock.