Spoiler alert: This review contains spoilers for Unhack (2014), prequel to this game.

Unhack 2 takes you back to a simpler time, when you were innocent, knew nothing of computers and heard just the first thing about the dangers of the Internet. When your mom wouldn’t let you fill in your address on a form because she thought a balding forty-something man was receiving that information on the other end of the web (and that, too, a magical thing) and would use it to kidnap you. When you thought there actually could be someone on Internet Reversi for Windows XP. When you imagined a virus as something like a sentient being that lived in your computer and was capable of deleting your files not because it ran a command that did so, but out of spite. And when you thought the antivirus your parents bought was like a paladin of justice, just as sentient, but with a much higher combat power.

Even if you were never this kind of kid and never the tiniest bit of trouble wrapping your mind around the new concepts the digital life had to offer, you have to concede we as people often use comparisons and metaphors to explain how a computer works – do a Google image search on “computer virus” and look at how an infected computer is portrayed as being “sick” or how malware itself is shown as spiders or bugs or little green aliens. It’s quite the amusing imagery and the Unhack games, the second in particular, explore it in full by making it all… human. 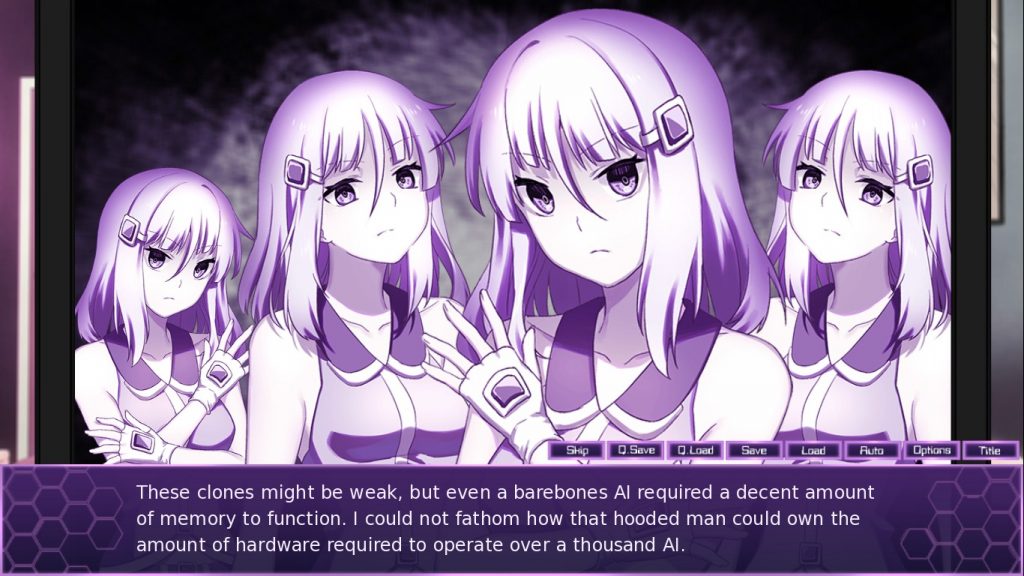 Oh, yeah, hooded men – my second favorite representation of hackers (the first one being this one). So this is how Unhack 2 starts: you are The Creator, a huge nerd who can hack or unhack just about anything and (hidden) protagonist of the previous game. After the events of Unhack, in which both Weedy and Miss Debug – his most beloved creations – died, he settled down, rebuilt his company and created another humanlike AI to aid him: Neonya. She’s his partner and is probably the most powerful AI on the web. Granted, she dislikes his pervert personality even more than Weedy did, but she’s reliable nevertheless.

One day, the company’s system is invaded by several Weedy clones and a mask-wearing bootleg version of Miss Debug. No one in the company knows who’s behind the attack, but the clones make it seem specifically aimed at provoking Creator. Your job is, then, to find out who is behind it all.

…And that’s about what I can tell without spoiling everything. But here’s the thing: although it is a sequel, not only its story can be understood as a standalone piece, it’s also a very different game from its predecessor. From the puzzles to the prose, it’s a completely different take on what the first installment introduced. 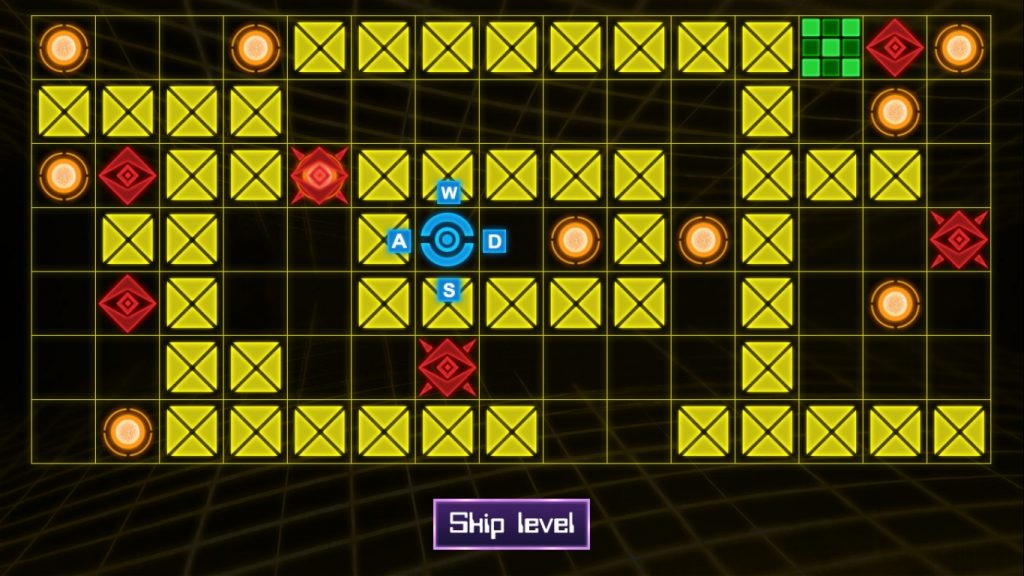 Much like Unhack, you follow a linear story having to solve puzzles along the way. But the similarities end there: the puzzle gameplay, which was so important in Unhack that it made the story seem almost like an excuse if it wasn’t for how entertaining the story and characters actually were, now can be completely skipped. It’s still certainly fun to play, though. And now, instead of going from A to B having all elements move freely and independently, making it sometimes an exercise on timing rather than planning, you now move in turns and everything moves only as you move, forcing you to plan ahead.

If it plays differently from the prequel, it reads even moreso: there is a lot more prose and no voice acting this time. This option allowed for a rich story that fleshes out almost all of its characters very well, and made possible for InvertMouse to completely change the scope of the game’s themes, now discussing AI sentience, transhumanism and the limits of consciousness and reality with more. In this regard, Unhack 2 behaves like a skipping stone: it touches such subjects, but doesn’t let any of them take the center stage. It’s a very condensed story that never flaunts its themes on your face, but still makes you wonder. There’s even a certain plot twist that transforms your experience with the first Unhack completely – if you let yourself think about it enough, because the game itself won’t do that for you. 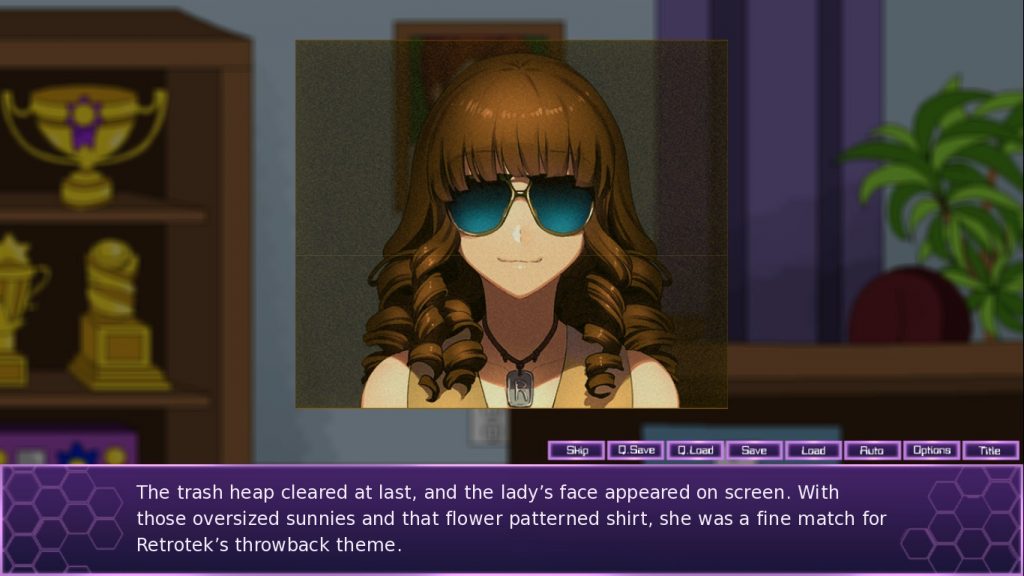 Now, I may have made fun of hooded men as a representation of hackers up there, but it’s not like I’m making fun of Unhack 2. The game is so earnest in building its virtual world with the simplicity of comparing battle powers between AIs to determine who will win a fight that you just can’t bring yourself to dislike it. I personally found myself back to those days when I treated my computer almost like a pet because I thought it could actually hate me if I did something bad, like not defragmenting the disk at least once a month.

The writing approaches these foundations of its world with both a stone face and a tongue buried deep into its cheek. Badly-timed jokes about inane processes running in someone’s code are coupled with very precise numbers about an AI battle power and the consequences of having a program die. It’s not that the game swings between being humorous about itself and taking itself seriously. It is both at the same time, always, which is rather off-putting at first, but also charming in its own way.

There’s a certain cost to the changes InvertMouse did to his own game, though: the experience is completely different from that of the first Unhack. It’s another game altogether regarding everything, except its a continuation of the story. So you may or may not have to play Unhack in order to play Unhack 2, depending on what kind of experience you want. If you want a simple and cohesive adventure, you might as well play Unhack 2 not knowing anything about Weedy and Miss Debug. If you want a thought-provoking story riddled with inconsistent experiences across different, but not-so-different games, you might as well buy them both. But it’s a tough choice – and one that leaves Unhack 2 as somewhat lacking in itself due to it being an obvious sequel made to play with your memories from the first game, but also somewhat strange in aftertaste due to the glaring differences to the game to which it’s a sequel.

This review was written using a review key provided by InvertMouse.

+ Can be played as a standalone title

- Not so interesting on its own, sort of weird as a sequel