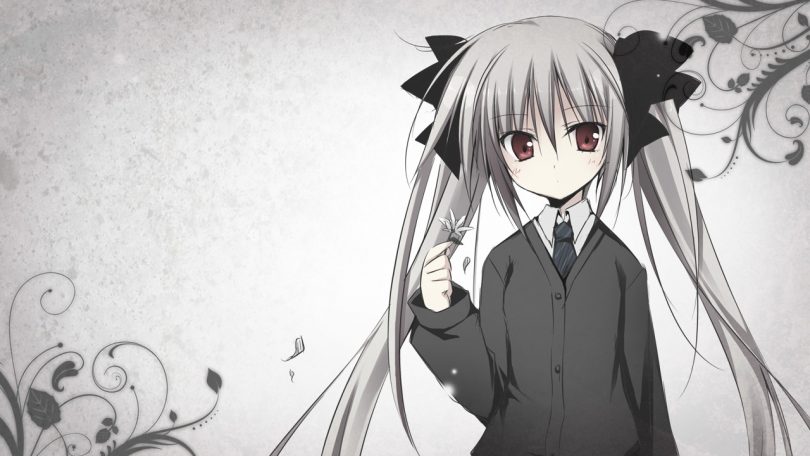 School festivals are all fun and games, until someone loses their life.

Miniature Garden is named for the school in which it’s set, where the so-called Miniature Festival takes place every year. The festival is typically an ordinary experience where the principal delivers a lecture and then each class puts on some token activity, but nonetheless, rumors surrounding the festival tie it to all of the school’s ominous Seven Mysteries, the most worrying of which is that a student will turn up dead on the day after the festival. What if that dead student were your childhood friend? Would you avenge her? Or, at the very least, would you investigate and get to the bottom of it, even if only out of morbid curiosity? 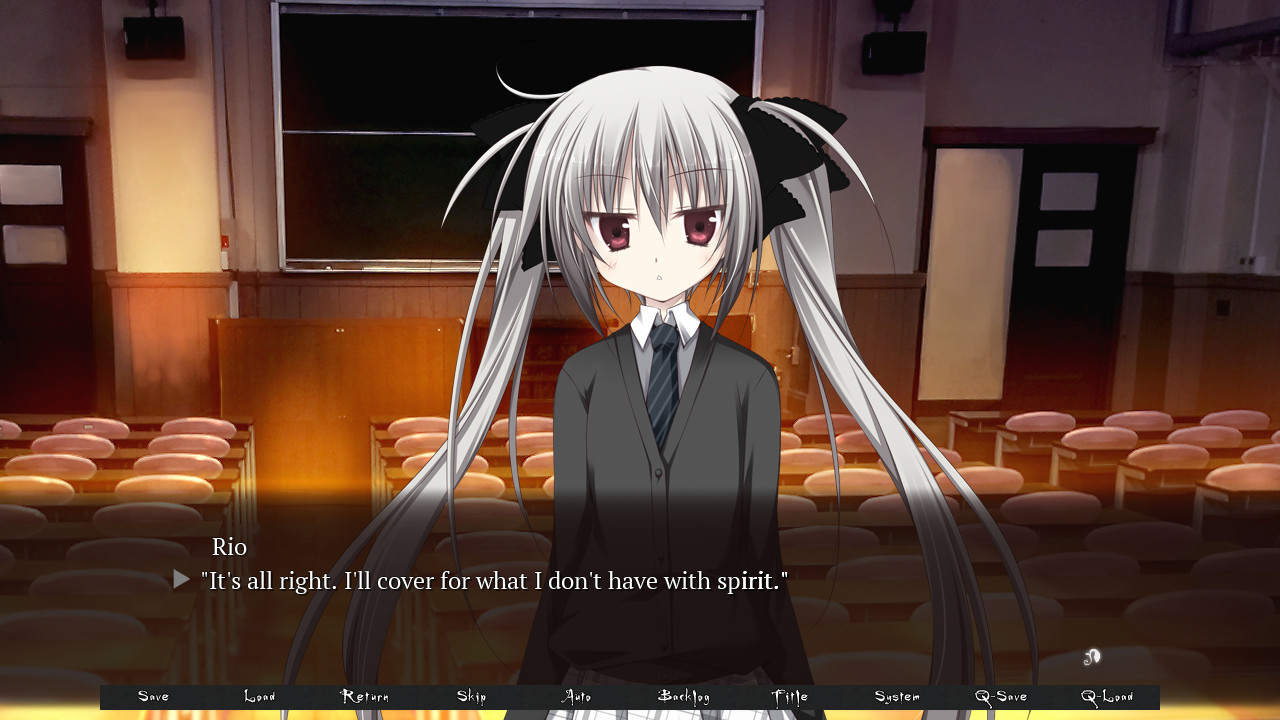 The setup is a mix of interesting (death is horrific, but interesting) and bland (yet another school festival), and the same holds true for many aspects of the game. The first time you play through, the game is paced pretty well, largely eschewing slow-paced slice-of-life scenes in favor of telling a crisp story in a fairly short time, but in forcing many replays to see all the endings and get to the bottom of the mysteries, it ends up feeling like a slog by the end. I clocked about 8 hours on the game to finish all the endings without a guide, but I expect it could be done in closer to four hours if you didn’t spend a ton of time like I did, hunting for the right combination of choices to unlock the remaining endings. However, each of those endings is pretty cool in its own right. I spent a solid hour looking for the last one, getting increasingly annoyed, until I finally found my way into it only to be rewarded with perhaps five minutes of new content in a bad end which was, nonetheless, pretty impactful and felt worth my time.

Plot-wise, Miniature Garden is often compelling, but usually not particularly consistent. Even the most fulfilling endings feel a little scattered and incomplete. The game sets up a lot of questions, and with each ending it tries to answer some questions and reveal some surprises, leaving other details to be filled in by other endings, but even after you’ve finished all seven endings, it still feels like the dots haven’t been connected to make a coherent story, and, worse, like they really can’t be. I imagine this is what it would feel like to be handed a jigsaw puzzle, to spend hours on it, and in the end to find both that some pieces are missing and that some of them just plain don’t fit where they’re supposed to. Still, in spite of that, it’s an entertaining read. It’s also a pretty quick read (and will be much quicker still and, seriously, won’t lose much, if you use a guide) and its best moments are worth seeing. 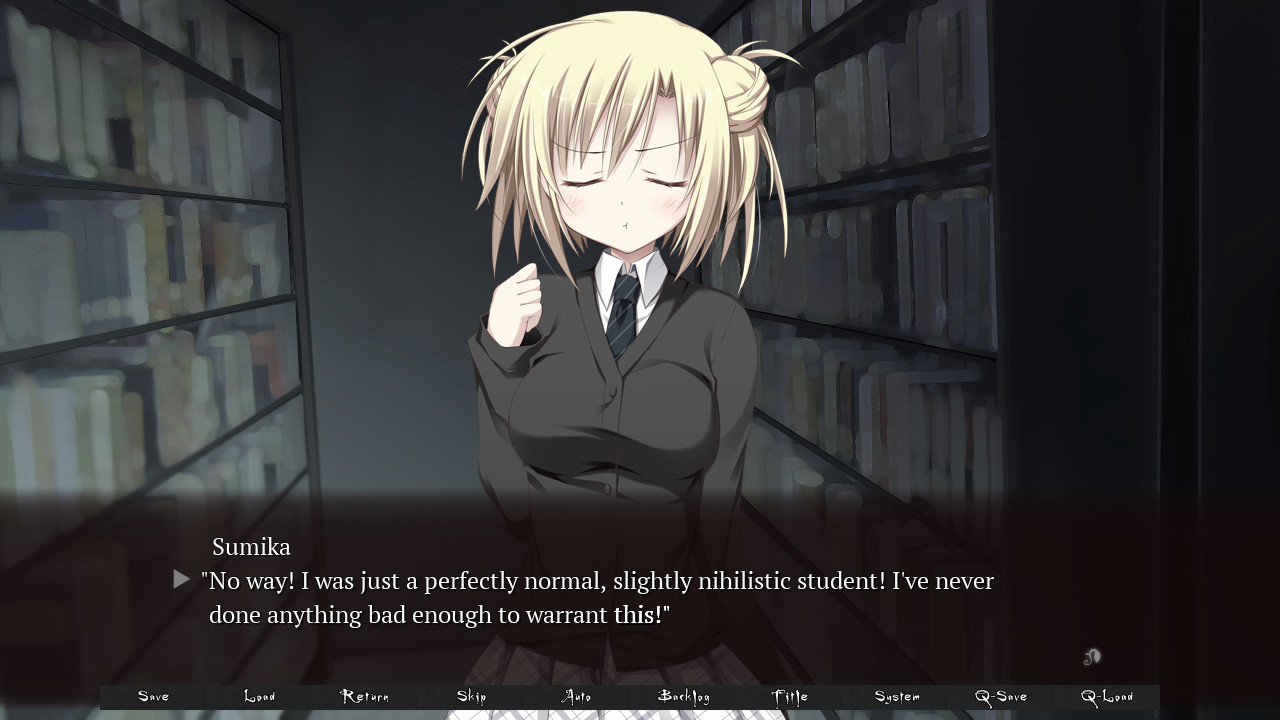 As with pretty much any game, I have mixed feelings about the characters. Komiya Rio, arguably the heroine of the game, is far and away the most interesting, actually managing to leave a solid impression in spite of the game being pretty short. Getting to see different sides of her in different endings is actually one of the more rewarding parts of playing the game. The other characters, Ayana, Sumika, and Itsuki (and the protagonist, for that matter) are fairly quickly forgotten. The time that passes in-game is short enough that none of the characters is really given an opportunity to grow or change, but the game instead consciously focuses more on revealing the complicated pasts of all of these characters in order to shed more light on who they are now. This is interesting, but usually not especially gratifying, since it has a tendency to focus too much on the past and not enough on either the present or the future. For all the characters aside from Komiya and the protagonist, the final resolution, even in the most complete endings, is open and unsatisfying; characters are often simply shunted aside and left in limbo.

The art is all right, especially the CGs, which are brought out pretty frequently and to good effect for the most dramatic moments, especially during endings. Music is oddly uneven in volume, sometimes drowning out the voices pretty badly, other times sitting well in the background, but generally pleasant to listen to, except when it loops, which is often handled very clumsily. For example, one track almost loops cleanly, but is off by a tiny fraction of a second, leading to the illusion that your computer has a micro hang every time it happens; not exactly enjoyable. Most tracks don’t even attempt to loop, which is fine if done with a good fade out, but some of them fade very abruptly and restart just as abruptly. The music is pretty good, though, and while the game has a clear go-to track for dramatic moments during endings, it’s a good track, so why not? Also, strangely enough, there’s no music player for the BGM in Miniature Garden, only for the opening and ending songs, so you can only hear the BGM tracks in-game. There is a proper CG gallery and a list showing which endings have been found. 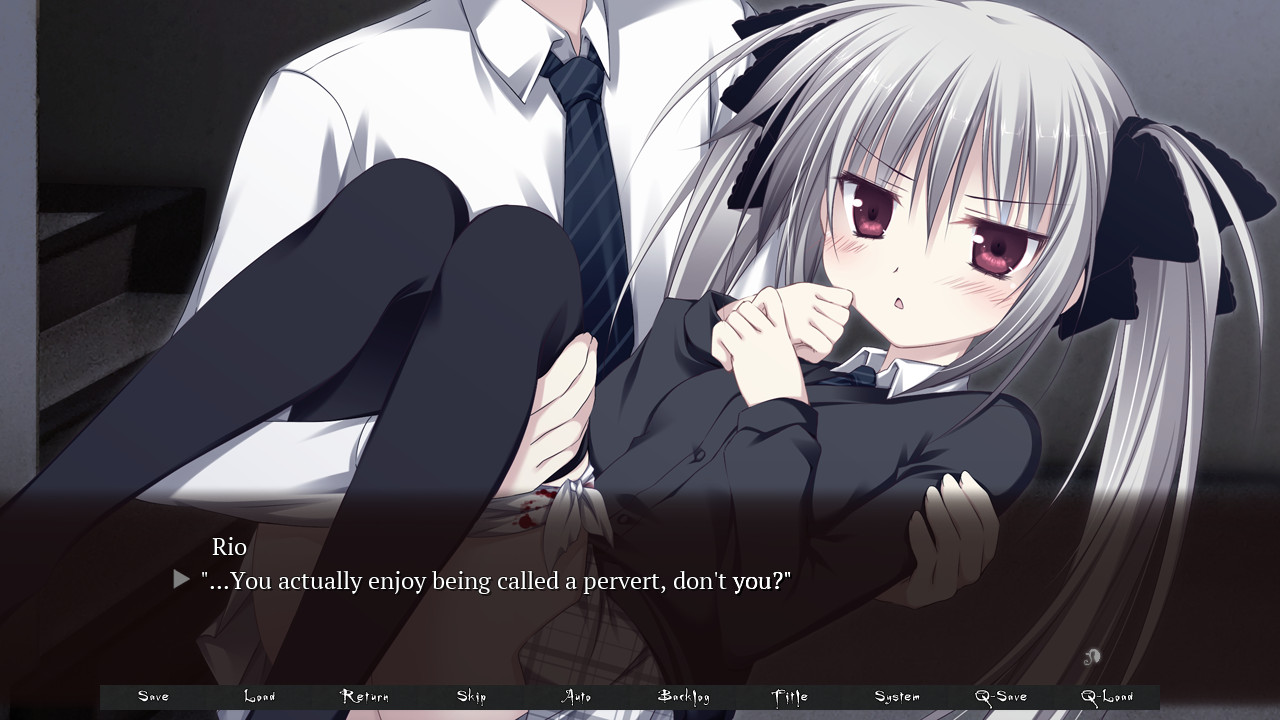 The translation is okay. Most of the time it reads well enough, but at times it sounds unnatural, usually when it’s being too literal (“Eh? Ah, well, that’s… You know, that. Right, Sumika?”). It also has more copy editing errors (especially somewhat wandering narration tense) than we get in the best professionally-localized VNs. I noticed in the ending credits that it doesn’t seem to have had an editor, so perhaps these are somewhat understandable problems, but I’d like to see Fruitbat Factory take a page from the bigger VN localizers’ book and aim for a higher-quality release than this, especially for story-heavy titles.

All in all, I think Miniature Garden is worth reading only if you’re particularly hungry for the combined mystery and horror genre (and I should mention that the horror is very light). It tells a fairly simple story and doles out its secrets at a good pace, but the story never quite fits together and leaves a lot of threads hanging, and turns into a slog if you don’t use a guide to find the last endings. The VN nominals (art, music, characters) range from passable to okay, and while they never detract from the game, they certainly aren’t enough to lift it up from being, ultimately, pretty mediocre.

Fruitbat Factory provided a review copy for this review.

+ Plenty of mysteries to keep you hunting for another ending.

- Finding the right choices to unlock a missing ending is often frustrating.