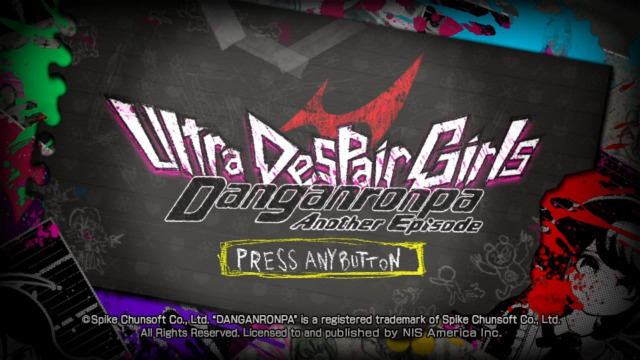 [This review assumes you have some knowledge of the Danganronpa series. Reviews for the first and second games can be found here and here (links!).]

The Danganronpa series is one of my current favorites with two very strong first entries to the franchise now available with official English translations on the PS Vita. They feature twisted and entertaining storylines with battle-of-wits-type detective gameplay and are two of the most novel games I’ve ever played. So how does Another Episode, being a spin-off title, hold up? About as well as any other shooter available on a handheld console, I suppose. And that is most definitely not a compliment.

Naegi Komaru has been trapped inside the same apartment room for over a year now. When she is finally freed, however, she comes face to face with one of countless lethal robot bears attacking Towa City: Monokuma. Armed with a Future Foundation Hacking Gun and guarded by the antisocial