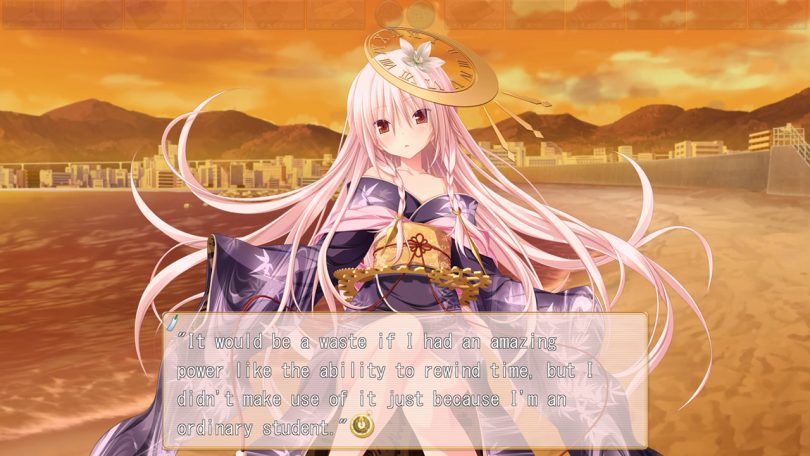 ChronoClock is a visual novel that was successfully funded on Kickstarter with Sekai Project raising over $87,000 in September 2016. Developed by Purple Software, known for Mirai Nostalgia and Amatsutsumi, the visual novel is a dating sim fused with comedy and time travel elements. After the allocated Kickstarter funds were used to produce physical limited edition merchandise for backers, ChronoClock is now available and published on Steam in February 2017 for dating sim fans and the visual novel community.

The story follows Rei Sawatari, the young heir to a wealthy corporation who inherited a treasured pocket watch from his late grandfather as an heirloom. As Rei discloses to the reader, the watch holds a mysterious power allowing him to travel back in time five minutes at any given time. With this gift at his disposal, he does not contemplate world peace or helping the world at all but searching for true love as he rewinds time to pursue girls at his own leisure and avoid rejection. He is shocked to learn first year student, Suzuki Miu, fell to her death from the school rooftop as he inadvertently interrupted her confession to his best friend that led to her