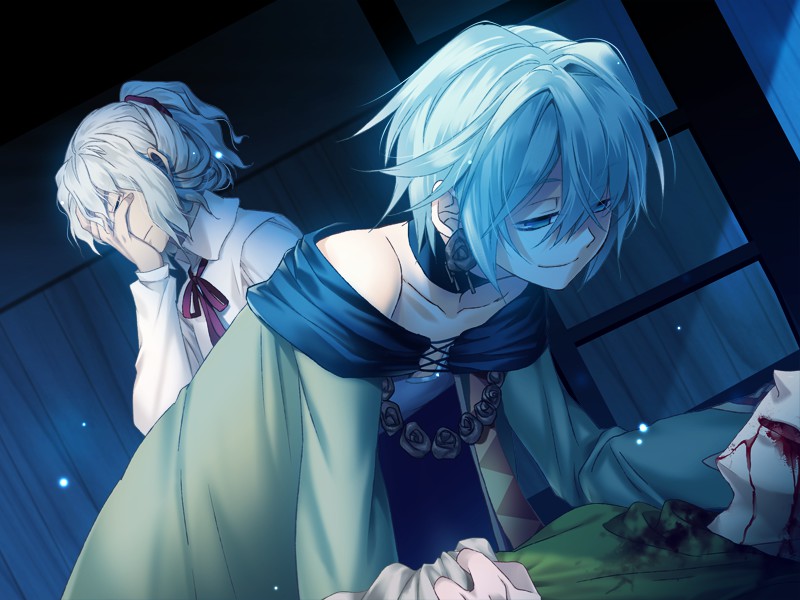 Enigma is the first game by Uzumeya, released back in 2014, but just released on Steam, and oh boy, is it a ride.

If there’s one thing I noted about Fruitbat factory so far is that, when they’re not releasing games about tank girls (which are quite fun, in their own quirky way), they tend to pick stuff with very good artwork. You can notice that in Eiyuu Senki and to a lesser extent in Magical Eyes the artwork, while not amazing, is still very solid. Enigma follows that line, with very good, though not quite top-notch, artwork. This is a bit surprising, because, while good, the game’s soundtrack isn’t particularly noteworthy, the resolution is fairly low, and it does not have any voice acting. I imagine most of Uzumeya’s budget went into that artwork, and while the lack of voices in particular hurts a bit, the end result is very nice.

Story-wise, the game is very solid. There are 19 endings total, and I highly recommend you go through all of them, as each and every one is a very interesting scenario with its own CGs that I could see in the true route of a common VN. The story also has a fine pacing, which is somewhat impressive for a game that I imagine would clock for about 20 hours for the average reader. 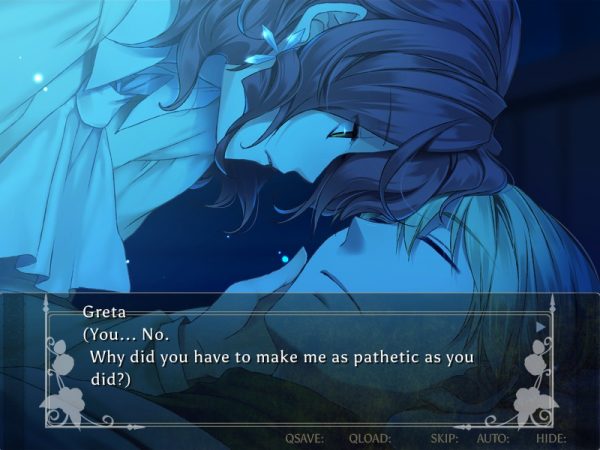 The simplest way to describe Enigma is “a dark fantasy visual novel.” But quite honestly, the label doesn’t do the game justice, and it might lead to a few misconceptions about it. Though it’s not completely devoid of it, Enigma is not an epic, battle-driven fantasy tale with a huge scale (it honestly feels much more like the setup to a story of that kind), Enigma is a deeply emotional story about a man using the remaining lifetime he has to do something for other people, whatever that is.

From the get-go, be it by the synopsis or the short prologue, the truth of the setting will be told to you. This game is the story of Chester, a man infected with a fatal disease who sees himself washed ashore in a lonely island cut off from all maps. An island that within it, holds a mysterious white forest that goes by the same name of his disease – Enigma.

To talk about Enigma is to talk about Chester. Chester is, to say bluntly, someone who will make you pity him. He is hyper-competent, kind, sociable, good-humored and wise. He is aware of his impending death, and he’s not particularly scared of it. His reasons for traveling while he is near death are rage-inducing for any person able to feel empathy, though he himself doesn’t see anything wrong with them.

As a character, Chester is complete. His story begins near its end, and he does not go through much development. He is a very present, very easy to like character, and for the most part, he’s a charisma-driven protagonist that’s so interesting you see why the normally uninterested cast takes an eye to him. This deeply contrasts with all of the other characters, who are obviously missing very crucial things in their lives. 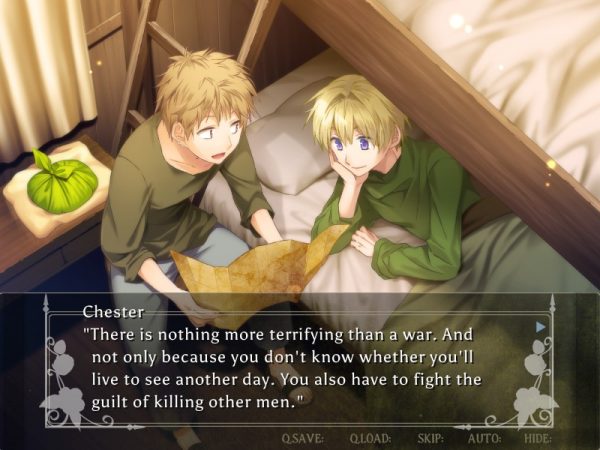 I say cast and not heroines because in the end, the guys in this game are more important and well developed than most of them. The routes in Enigma are split in 3 different ways, with Lauro having 7 endings, Ignis having 7 endings and Envirio having 5 endings, with the true ending happening in Envirio’s route.

So, who are those characters? Lauro is a kind-hearted boy who knows nothing of the outside world and who, together with his sister, Colette, saved Chester from his shipwreck. Ignis is a mysterious, secluded dollmaker who lives within the forest that has the name of Chester’s disease. And Envirio… Is a tool, of something you never quite understand until you’re very late in the game.

It would be a mistake to say the game is completely focused around the guys, as Envirio, the most important character asides from Chester, is a girl herself, and Collete has about 4 endings dedicated to her (the same as her brother), 3 in Lauro’s route and 1 in Ignis’ path. There is also the village’s herbalist, known as Ignis’ master, a mature girl that looks incredibly beyond her years, Greta, who has an ending dedicated to her in Ignis’ route. 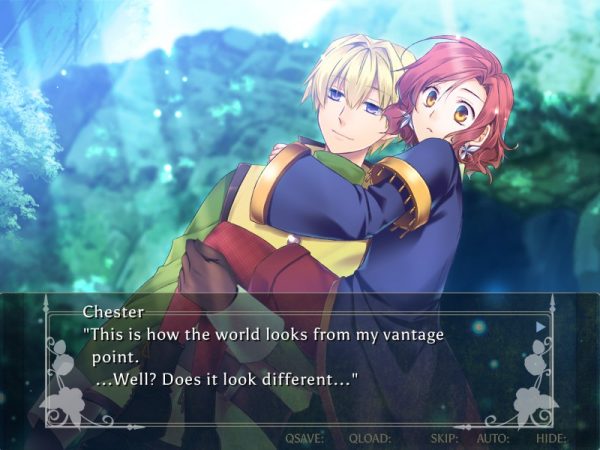 All of these characters have something in common, and it’s how they learn and change thanks to Chester. To all of them, except perhaps Collete (nothing good ever comes from deeply involving yourself with her,) you are a teacher. Making Lauro mature into a splendid adult, helping Ignis remember himself, helping Greta take her first steps forward and bringing meaning into Envirio’s life, all of the best endings in Enigma involve passing the torch forward, and even the happiest ones are incredibly bittersweet.

Now, before I wrap this up, I must put a few words about Envirio. While the game, Enigma, is ultimately the story of Chester, Envirio is without a doubt the second most important character in this story, being the most connected to the crucial secrets of the setting. While at the very beginning of the story she looked like the average cryptic, emotionless main heroine, she is so much more than that. While still having the indifferent traits of such heroines, she also has a childish cruelty to her of someone who has never learned any morals, leading to what sometimes looks as an incredibly twisted, evil heroine capable of truly gruesome acts, even being constructed as the main antagonist of Lauro and Ignis’ routes. Collete herself is also prompt to losing a few screws of her head, and I would no doubt highly recommend this game for people who enjoy twisted heroines. 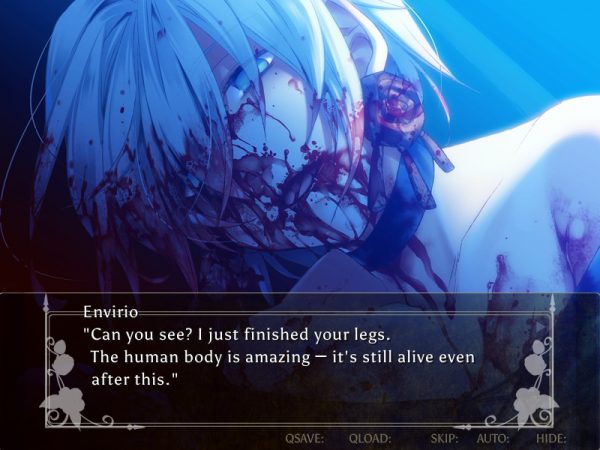 So, should you play Enigma?

Probably yes. It’s a well-written, beautifully pictured game that should appear for everyone who wants to read a darker story, or wants some sweet, twisted heroines.

If you’re more fond of the usual slice of life romance stories, this game is not devoid of them… But you’ll probably want to sit it out.

A review key was provided by Fruitbat Factory. You can purchase Enigma: here

+ Well-developed characters that are easy to sympathize with