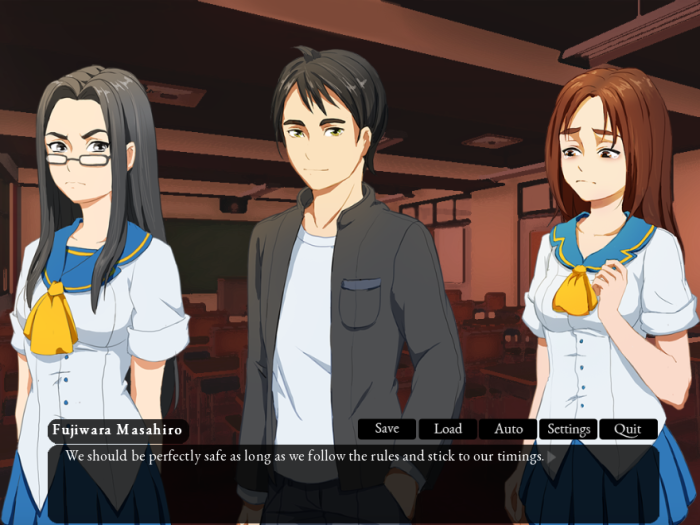 I decided to play this hoping it would be a spooky little title that could serve to get me in the mood for Halloween. Alas, it turned out to be another crappy piece of Steam shovelware.

Title: It Comes Around
Developer: Glass of Water Studios
Publisher: Afterthought Studios
Playtime: 1 hour
Buy It Comes Around here on Steam.
I received a review copy from the publisher.

It Comes Around is set in a Japanese high school where members of the Occult Club are getting taunted and killed off by a blood-covered girl, who may or may not be a fellow classmate who recently commited suicide, after performing a dangerous ritual to contact the dead.

There’s really nothing to recommend about this game. The one positive aspect is the art; I liked the sprites (despite them all strangely facing in the same direction) and thought their design was well-suited to a horror game, reminding me somewhat of Corpse Party. The CGs, while very few, were also quite good, and the music is decently atmospheric. That’s where the positive points end, though.

The story is a pretty standard Japanese curse plot, but that in itself isn’t a negative; I don’t think every VN has to have a