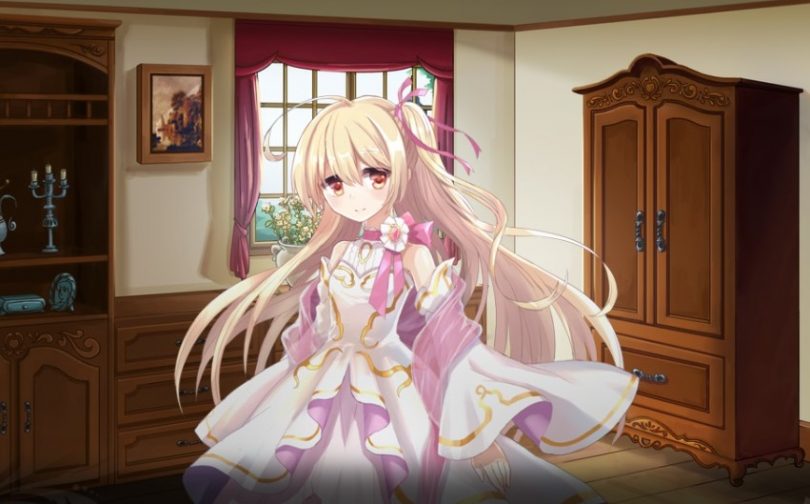 God’s One Day World is a unique and deceptively cute visual novel with an immense number of choices to make and a variety of interactive puzzles to solve as you attempt to stay alive. This is the very first visual novel created by the small Shanghai based indie developer Scorched Heaven. When the game was first released on Steam the only available language was simplified Chinese but at the time there were also plans to add an English translation at a later time. The English translation was added to the game on Steam early September 2016 which was only two months after the game’s release date. Though the English translation has been completed and added to the game it hasn’t quite been perfected yet and the developer is working very hard to improve the quality of the translation. The game has five Steam cards that feature some of the beautiful art from the game but there are currently no Steam achievements.

You begin the game as a boy who has just woken up in an unfamiliar room with no recollection of his past or how he got there. Upon waking up he is greeted by a strange girl named