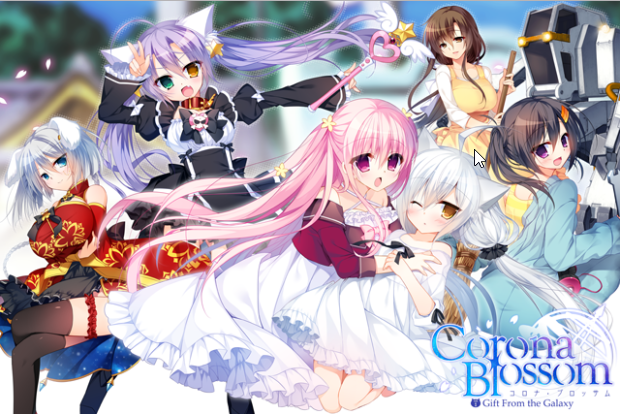 Released simultaneously in English and Japanese, Corona Blossom is a crowd-funded series from veteran visual novel studio Frontwing designed to compete with the highly successful Nekopara on the Steam platform. But is it up to the task?

Corona Blossom is a very high quality game, from the translation to the art to the sound. The plot is super silly, involving a metal alien who presents herself as a cat-eared loli, space pirates, mechas, and more; if anything, it tries to throw a bit too much into the mix all at once. My favorite bits were the slice-of-life scenes as R-ne adjusts to her new life in rural Japan, and the local residents adjust to her in turn, and the old guys in the town in particular are hilarious.

However, the end result is a constantly shifting tone as the game tries to decide whether it wants to be an everyday drama, an ecchi comedy, or a sci-fi drama, before settling on all of them at once. Incidentally, I feel like this is a problem that a lot