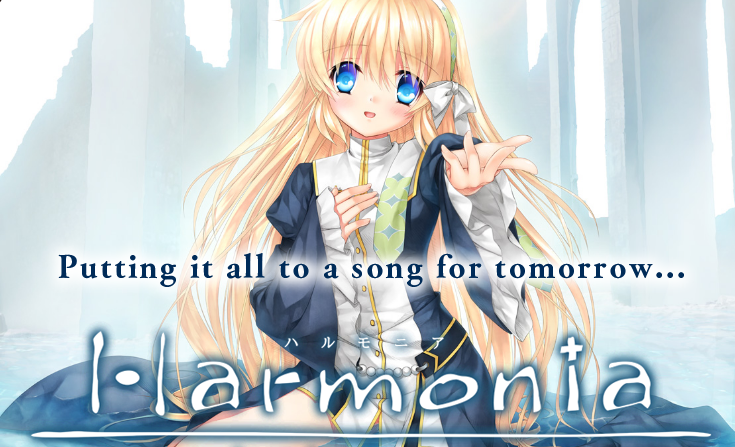 Harmonia is an absolutely beautiful and emotional kinetic visual novel that provides high levels of quality through its thought provoking story and vibrant graphics. The game was developed by popular visual novel studio Key in celebration of their fifteenth anniversary and shares a few common themes with their popular visual novel Planetarian. When the game was first announced English speaking Key fans were surprised by the news that the game would be available in English on Steam before the Japanese release. Translation of the game’s dialogue to English was handled by Active Gaming Media. The English version of Harmonia was published for Windows PC via Steam late September 2016. The game does not currently include any Steam cards but there are fourteen Steam achievements that are awarded upon completing the chapters of the game or viewing the gallery and music modes.

The story begins when a young male robot known only as a phiroid awakens in a desolate old factory years after a large scale war took place. He looks around the lonely factory and comes to the realization that he should have the ability to feel human emotions but it appears that the function is broken. Still unaware