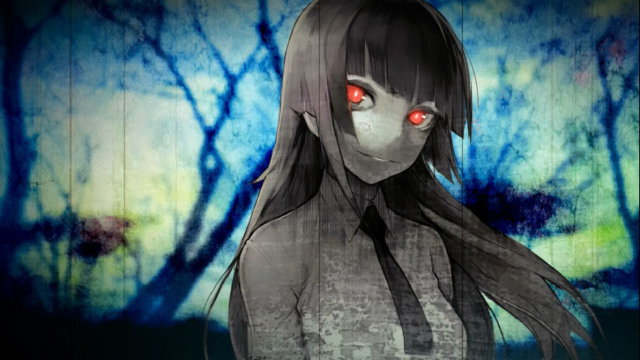 We often see anime that have been produced for the express purpose of advertising their source material. They’re never finished, they’re never satisfying and they always frustrate the hell out of me. Phenomeno, conversely, is the first advertisement visual novel I’ve ever seen and unfortunately it’s good enough that I have to recommend it to anyone who’s keen on VN horror. The novel series it hails from, however, is not fully translated, so be warned (now there’s horror for you).

Yamada Nagito has just moved to Tokyo from the country, and he’s absolutely stoked with the accommodation he’s been able to find. Isolated in a dark, foreboding forest, over ten minutes’ bike ride from the nearest convenience store and cheap to boot, it could very well be the house of his dreams. And it’s also supposed to grant wishes. Whether or not that’s true, Nagito is big on the occult and couldn’t bear to pass up the possibility. When he starts to hear mysterious noises in the middle of the night and encounters scratches on the walls gradually counting down to some unknown and (presumably) unwanted event, he’s forced