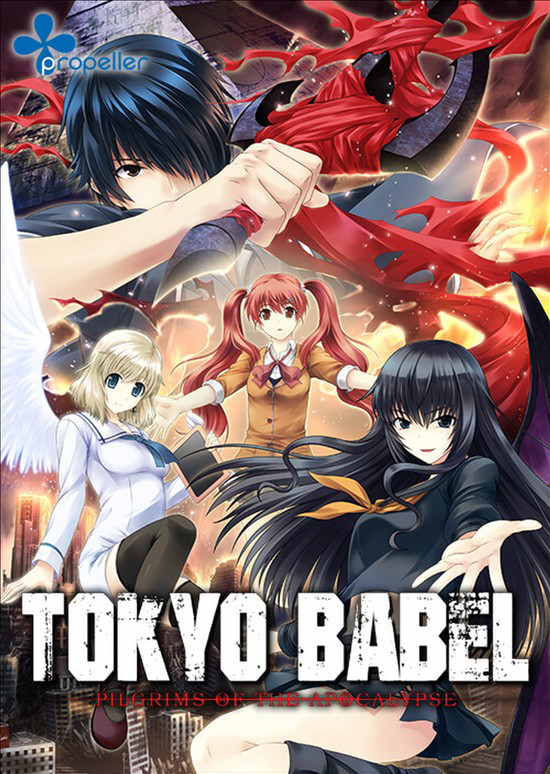 I started playing visual novels when it wasn’t as commonplace as they are now. At the very least, during my early days of visual novels, I didn’t see so many visual novels popping up on Steam. During that time, I saw a lot of untranslated visual novels on VNDB which I really wanted to play. Tokyo Babel, a visual novel by Propeller, was one among the many that I thought I would never get the chance to try. Color me surprised though that it actually got localized recently, but how does it hold up to my expectations?

Facing a disaster known as Divine Calamity which literally puts the angels, demons and humans’ realms in jeopardy, the surviving angels and demons gather together in a floating purgatory called “Tokyo Babel”. Enlisting the most capable humans they can find in the countless parallel worlds, their main objective now is to embark on a pilgrimage which will take them through the seven floors of Babel. Standing in their way however, are failed pilgrims of the past who rule over each floors of Babel-their minds consumed by madness. A man hailing from a world befalling catastrophe, Tendou Setsuna, sets his foot in Tokyo…