When it comes to VNs, Otome stories are a bit of a different breed. While they are fundamentally just another eroge, they tend to have a bit of a negative stigma attached to them. This is because, for some reason, Otome VNs usually tend to have a rather unlikeable protagonist. They are primarily marketed towards girls, which is why their protagonists are generally of the female sex, but one way or another the writers seem to not want to give the protagonist a real personality. As such, they tend to be weak, naïve, and sometimes even plain stupid, which causes them to get in trouble a lot. While this makes for quite the easy segue into her being saved by (one of many) prince charming, it just comes off as lazy writing to most people in the VN fandom, hence the bad reputation that otome VN’s have garnered over the years. Either way, the guys and gals over at Mangagamer have decided to take a swing at Otome games with their first translated work being the popular Ozmafia.

Ozmafia starts off with our protagonist, Fuka (or whatever you decide to call her) waking up in a back alley, noticing she has lost her memories. With no recollection of who she was or what she was even doing there, she decides to call out to the nearest person, who just happens to want to kill her, calling her his ‘prey’. Without any means to fight back, she runs away, right into the arms of what will ultimately be the game’s three main love interests. They chase the killer off and invite her into their home. This home happens to be in an unnamed city where several mafia families rule together, with the only moment of peace being the ‘Sunday Compromise’, which is basically a law dictating no violence is allowed on Sundays. Since there is also a rule that everyone in town has to either belong to a mafia family or be branded an outlaw, Fuka decides to stay with her saviors, the Oz famiglia, for the time being. 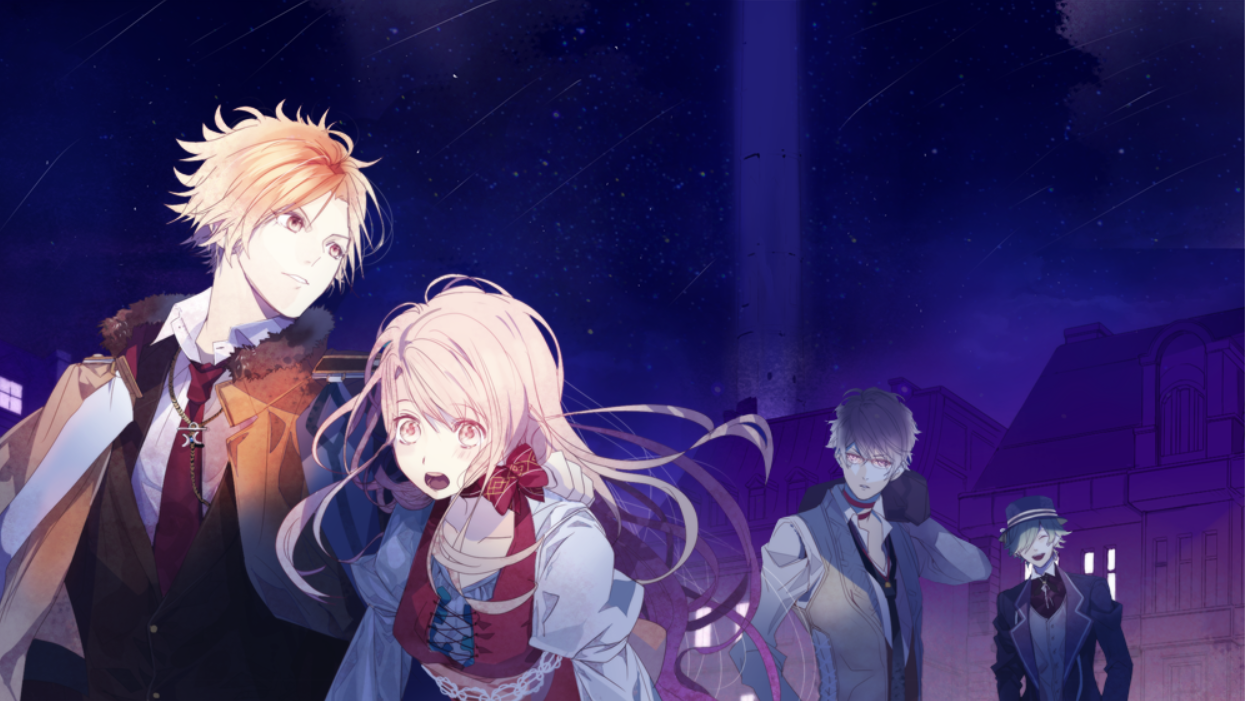 One thing that is crystal clear from this intro is that this game isn’t about to pull any punches when it comes to the standard Otome tropes I described above. Fuka having no memories is bad enough, but she isn’t particularly smart nor does she have any kind of skill that might come in handy either. In fact, she is pretty much the epitome of uselessness, and she will remain as such for the majority of the story, regardless of which route you take. You could say that ‘getting saved’ is pretty much her whole raison d’être within this world, along with her being a potential partner for any of the romance options, of course. While the story does take a few different turns depending on the routes (with the ‘grand ending’ being the best one), Fuka will probably end up being your least favourite character to appear in this work. She’s just a happy go lucky kind of character with little else going for her. While this makes her a good self-insert character, it makes for quite the frustrating experience if you are, like myself, not a huge fan of such empty husk type of character. In fact, the only defining characteristic that sets her apart from the other cast members is that she’s clumsy. Oh joy. Luckily, the others do a far better job of convincing you to like them than Fuka.

As far as the other characters go, the three main love interests spring to mind as the most prominently featured ones. They make up the leading force of the famiglia Oz where Fuka is staying. There’s Caramia, the don (leader) of the famiglia, who is very courageous and rather rash when it comes to making decisions. He’s a busy man, but when he has the time he’s rather sweet towards Fuka. Kyrie is the consigliere (Caramia’s right hand, basically) and quite the peculiar man. His main personality trait seems to be his sadistic nature, causing him to play pranks on everyone (including his own don) for his own amusement. Apart from that, his intelligence is something to write home about as well, as he is a very cunning man, usually having some kind of plan B when things go awry. His job as a strategist also comes from his aversion of combat in general, usually leaving the brunt of the work to the third Oz famiglia member, Axel. He’s, the family’s caporegime, which basically makes him sort of a handyman/soldier. While he’s a hard nut to crack, he cares deeply for his famiglia and is willing to die for them. He has a surprisingly soft side, being especially interested in cute things and sweet food. These three make up the meat of the story, as they will appear regardless of whose route you are following. Luckily, each of them is interesting in their own way. 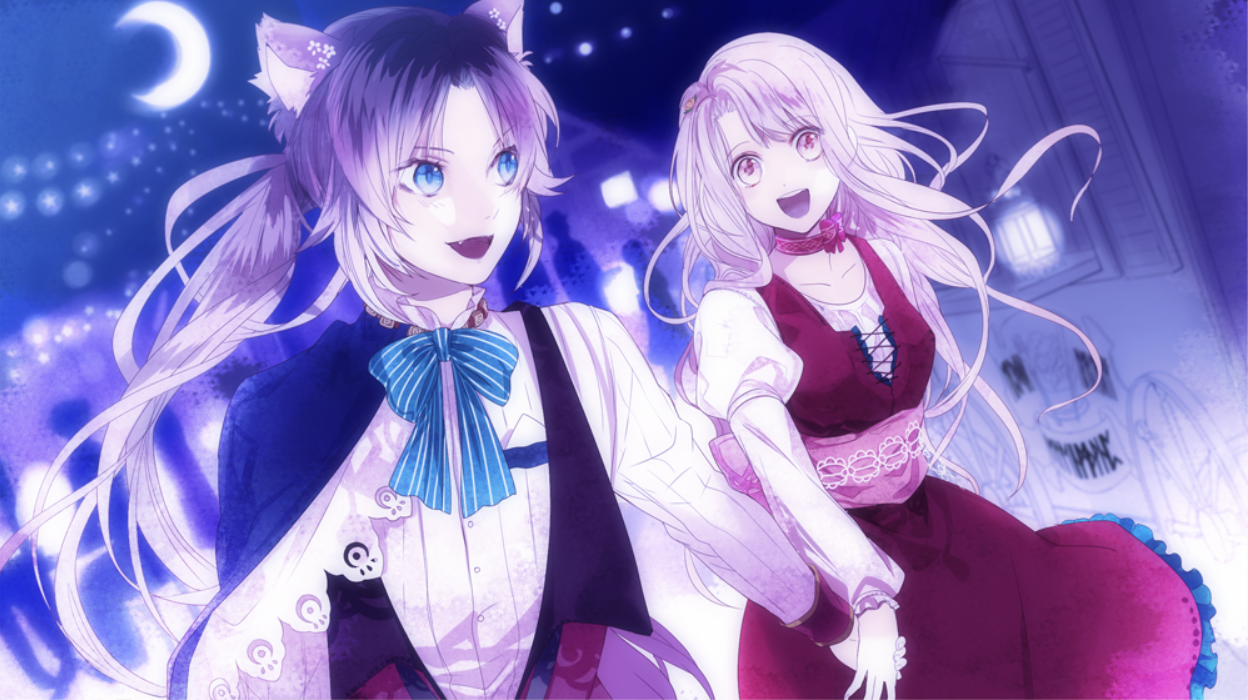 Now, these three musketeers’ paths aren’t the only routes you can take. In fact, there are ten different routes you can take (with each of them having at least one alternative ending or plot twist). Thanks to an easy to use character select screen, it should be a breeze for you to get through them. Not all of these routes are romantic in nature, but each of them brings up an interesting aspect of the world, especially the one where Fuka learns about the darker sides of the town called Oscar Wilde Street. This route is a bit special in that it really doesn’t have a happy ending, but it does explore the darker side of human life, which is something wildly different from the rest of the VN. I personally quite enjoyed Pashet’s route, but that might just be the cat lover in me acting up, since the young lady also happens to be half cat (including cat ears and a tail). While most of these routes are pure filler, the personalities of the side characters are usually more than enough to carry the whole thing. Also, you can do Ceasar’s route as well (the guy who tried to kill you in the beginning) for some reason. It makes little sense, even in the grand scheme of things, but it’s still a pretty neat thing to have. I feel like the developers were just having a bit of fun here, which is something I can at least respect.

It should also be said that every route you take ties into a bigger picture, which is apparent right from the very beginning. Especially so when it comes to the Oz famiglia. Their backgrounds (along with the other side character’s) are extremely interesting, but the plot only lightly grazes them during the main ten routes. While this can feel frustrating at times, it all culminates in one ‘grand ending’ (or true ending, if you will), which is incredibly satisfying and a very fitting finale. This also partly makes up for some of the three Oz member’s routes, as they all take a bit of a dip in quality near the ending due to forced conflicts and a few dashes of NTR ( Japanese for netorare, which basically means ‘having your lover stolen from you’) sprinkled in between, which may or may not please you, depending on what you’re into, obviously. I personally wasn’t that big of a fan, as I felt Fuka was just getting objectified, like they were dogs fighting over a bone. The game also features a few rape-y scenes (the game contains no actual H-scenes though), further tying into Fuka being the ‘weak girl’ who needs a man to lead her by the hand. These include Fuka getting drugged and taken advantage of in quite a few situations for example. While I get that this is a cultural thing (a fetish, if you will) and therefore also ended up being an otome trope, I personally usually found these scenes to be quite tasteless. 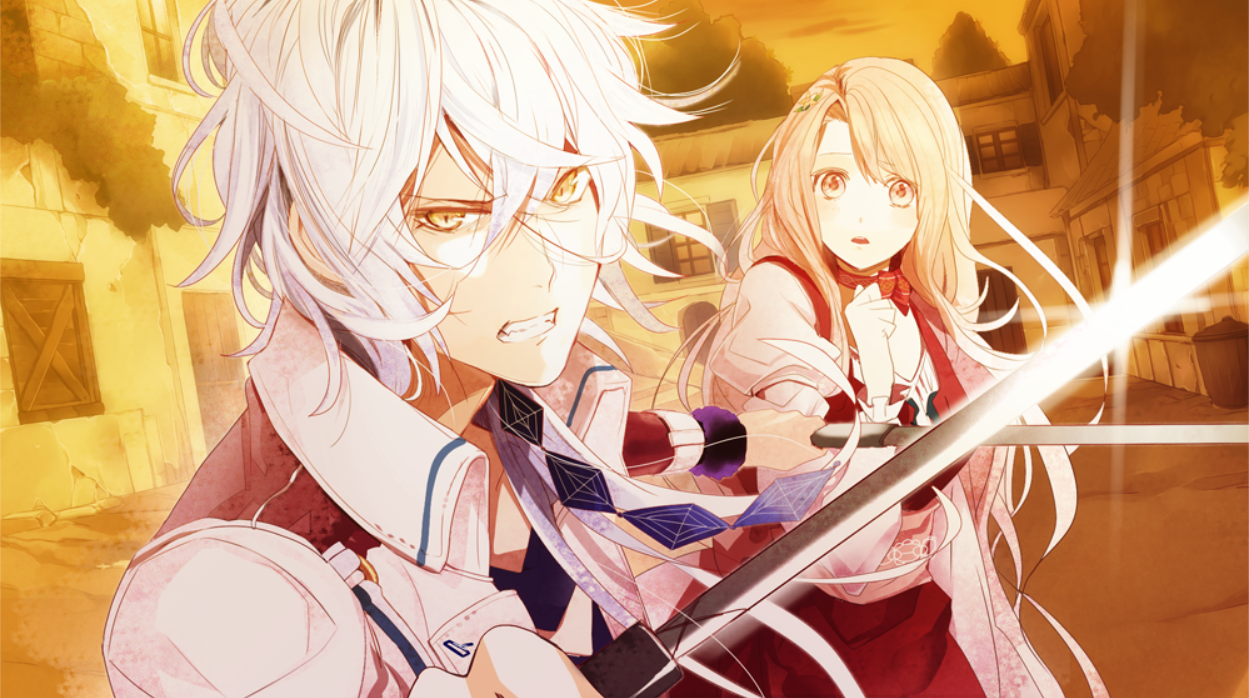 Everyone seems to live only to protect Fuka.

Something I have yet to mention are the game’s visuals and music. This is because there is actually very little that can be said about them without using a bunch of superlatives. The game looks and sounds amazing. The art style is detailed and everything looks incredibly gorgeous. It goes without saying that all of the love interests look equally dashing as well. The VN also uses a very bright color palette most of the time, which is something that goes along very well with the overall tone of the main route and, of course, Fuka’s bubbly personality. One could easily compare the art style to a high quality watercolor painting, which is quite unusual in and of itself. The musical themes vary from happy to dramatic without being overbearing or being degraded to simple background music. It could be said that the soundtrack could have benefited from a tad more variation since nearly all of it consists of symphonic music, which might end up sounding a bit repetitive, especially if you’re reading the main story over and over again to get to one of the game’s countless different endings. Still, I feel like I’m just nitpicking here, as both the sound and visual design of this game are among the best in its respective genre. Something that irked me about the game’s visuals though, was the blurry visuals in the fullscreen mode. They made the game look incredibly ugly, basically forcing you into using the smaller window to avoid straining your eyes.

Overall, I feel like the developers have done well, if you take into account their seemingly unwillingness to leave the Otome genre’s trodden (and therefore kind of boring) paths. Fuka, as the main character, is completely forgettable. In fact, I can almost guarantee she’ll be getting on your nerves more than once. Apart from that, the game does have a very diverse cast and an interesting back story which is unfortunately rarely touched upon during any of the regular routes, but the grand ending makes up for this in spades. If you take out some of the more tasteless scenes I described above, the game is a good read, even though there is some forced conflict in between the three main love interests, which just feels very unnatural. The game’s visuals and music are top notch as well. In conclusion, if you’re looking to expand your Otome collection or are just trying to see if the genre is your kind of thing, Ozmafia is most likely going to be for you. However, if you are tired of Otome tropes in general or you are really looking for a strong protagonist, you should probably steer clear of this one.

Special thanks to Mangagamer for providing us with a review key!

+ Colorful and likable cast of side characters

- Fuka is a very frustrating protagonist

- A few tasteless scenes, including some that border on rape

- Fullscreen mode is very blurry, forcing you to use the regular (small) mode