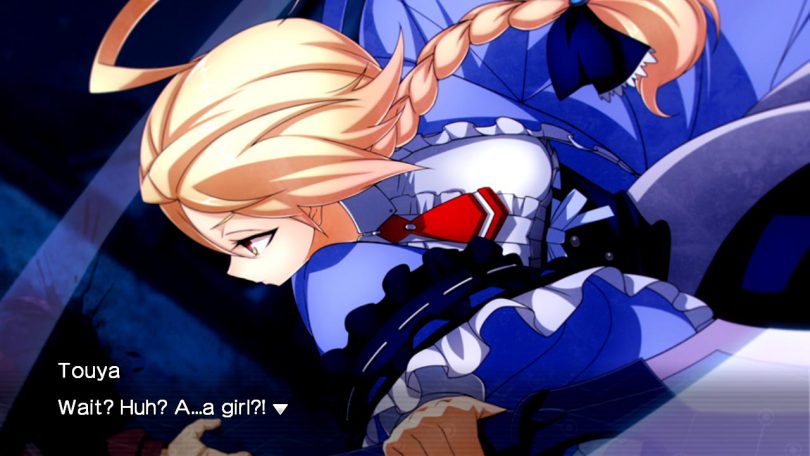 XBlaze Code: Embryo was a visual novel released on the PlayStation 3 and Vita in 2014 that was overlooked by the community due to its exclusive release on Sony’s gaming platforms. The sequel, XBlaze: Lost Memories was also brought to the PS3 and Vita in 2015 that was met with a positive reception by visual novel fans. As the popularity of visual novels has grown considerably in recent years, Aksys Games has finally brought the highly anticipated XBlaze Code: Embryo to Steam.

The game follows the perspective of Touya Kagari, a sophomore at Hakuou North Academy who hears a strange noise on his way home from school. Wandering into a quarantined area in a restricted ward to investigate, he comes face to face with an injured savage man who declares Touya to be his enemy. As he is viciously attacked without warning, he is saved by a mysterious girl wielding a large sword who possesses superior combat skills. After trying to make sense of his ordeal, he is visited by the same girl who saved his life moments ago who vows to protect him at all costs. The young girl named Es is a warrior sent by the covert…