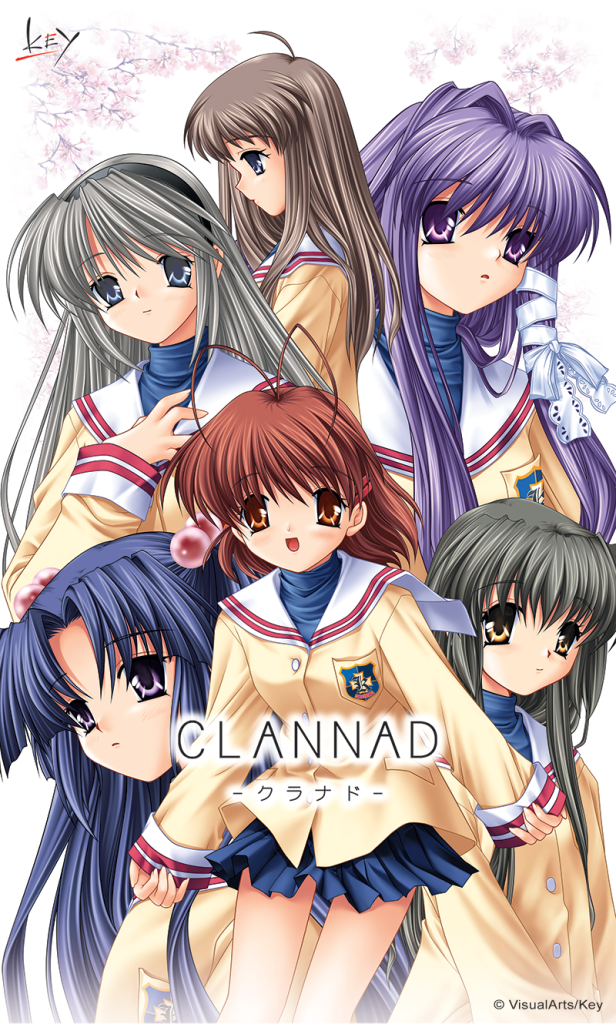 Clannad is a very special visual novel for a lot of people and with its recent Kickstarter campaign it became the first visual novel to crowdfund over $500,000, so you can tell it has a substantial following in the West. Originally released in 2004, it is often referred to as a classic and for once I have no trouble seeing why so many people adore it; with the incredibly poignant emotion it offers it would be hard to deny its ability to forge a connection with its readers. However, today I am here to tell you that although I can understand Clannad’s fanbase, I do not count myself among them.

I’ve been provided with a very helpful media package this time around, so here’s the official synopsis!