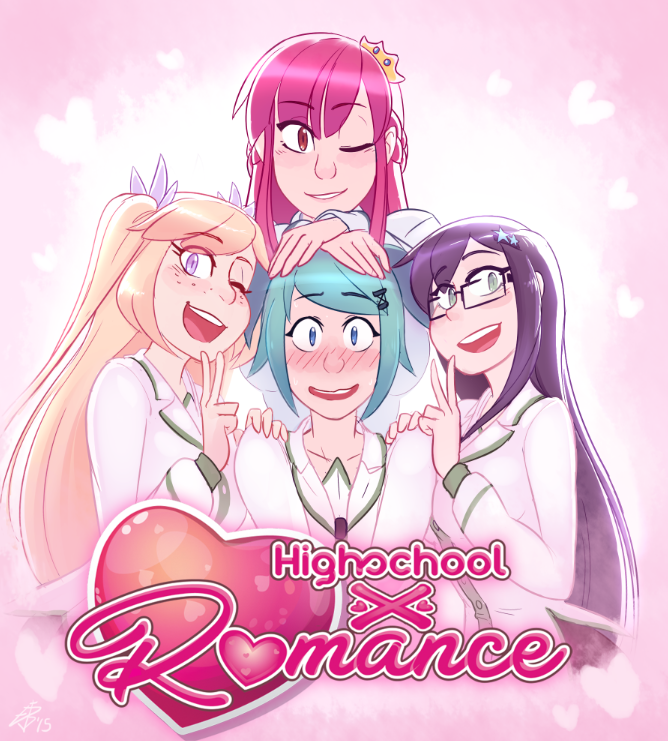 OELVNs are in a weird spot currently.  There are a lot of new developers coming out, and a couple of them manage to get some notoriety, be it through having the right connections or having an idea that shows promise. Via Kickstarter, AJTilley has managed to become very successful, but this title was an exception.  Released two months after its very small Kickstarter was cancelled for whatever reason on both Steam and Mangagamer, Highschool Romance is a title that shows promise, but simply fails to deliver on it.

However, it does have a certain je ne sais quoi to it.  It’s definitely not for everyone, but if you’re looking to kill some time reading about a very androgynous boy’s final year of school at an All-Girls School, My Highschool Crossdressing Romance (shortened to Highschool Romance), may be worth killing a few hours on. 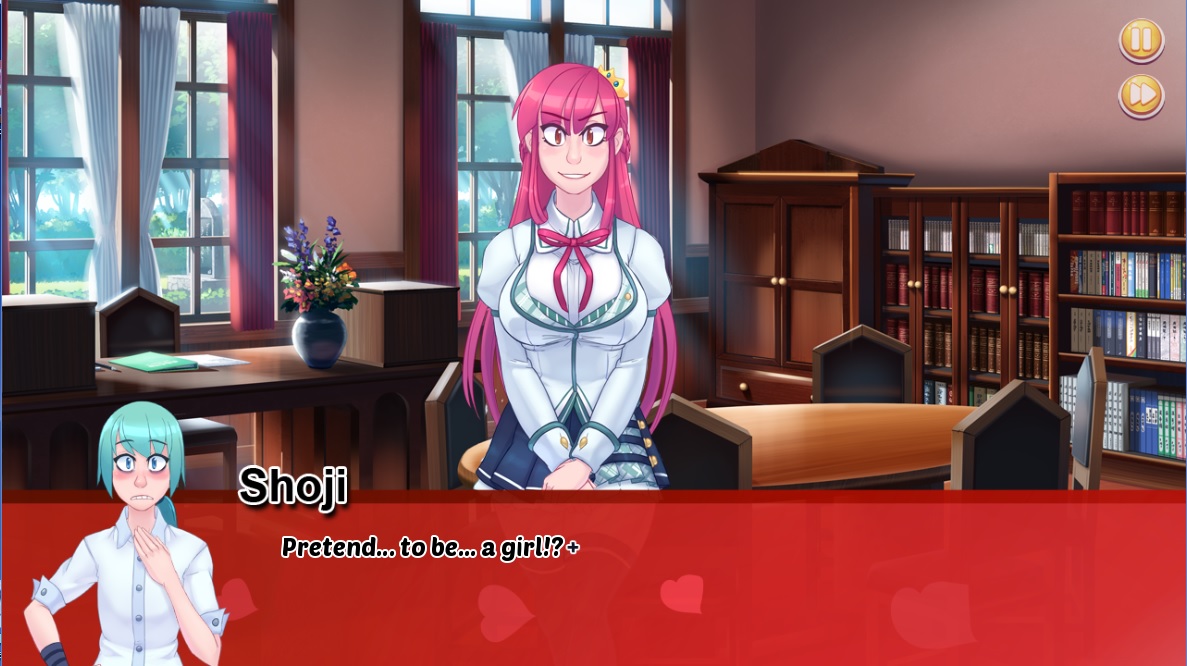 She sure doesn’t pull any punches…

The premise is pretty simple – you are put in the shoes of Shoji, a rather bland – and very girly-looking – boy.  Due to some issues you are accidentally enrolled at an all-girls school.  Upon arriving, the principal offers to allow you to attend the school, but on the condition that you pretend to be a girl.  You accept this fate without much resistance, and your school year begins.  You are quickly introduced to the remaining two characters, Selina – a very athletic and buxom girl who attends the class opposite yours and seems to have a thing for you from the get-go, and Hoshi, the bookish, shy class representative who likes to let loose a little when outside of the classroom.  After that, there are a plethora of choices and loosely connected scenes where, somewhat inexplicably, you become attached to one girl or the other (or sometimes both – some of the what seem to be meaningless choices are actually important choices that decide which route you’ll end up in), or even Lea, the principal of the school, and then the game just sort of ends.  It’s a very convoluted story that starts off smooth, but then starts to skip almost randomly.

The quality of the artwork tends to skip around as well.  While there is a variety of borderline-ecchi scenes (especially in Lea’s route), some scenes appear to be decently drawn in the rather unique style used, while others feel incredibly forced.  I can’t find any information that would suggest two artists, but the difference in quality between scenes leads me to believe that this may be the case.  The character sprites are quite cute, but lack a lot of emotion, and could have definitely used some more work.  Ditto with the music. 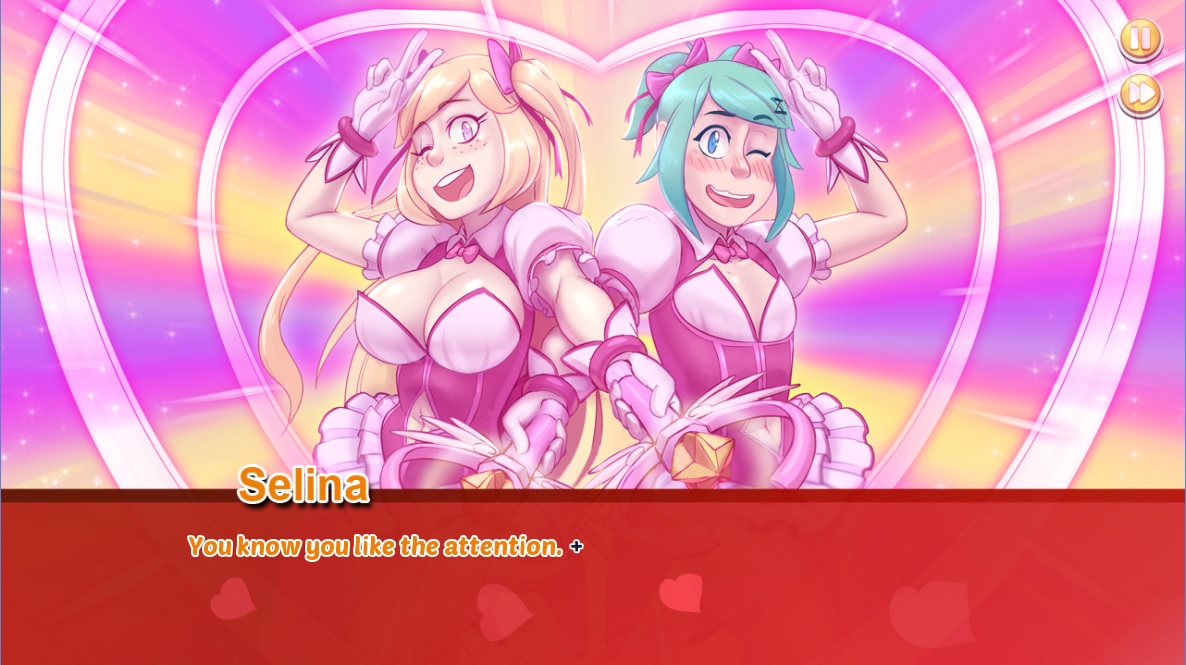 How the hell does he hide his…”masculine assets”…?

Overall, the game is just…average. While the script jumps around a lot, it is grammatically solid.  If the story were a lot more connected, had some 18+ material (I mean, the game is being sold on Mangagamer, why shouldn’t it have some 18+ material?), and cleaned up some of the questionable artwork, this would be a solid title.  Maybe something to look forward to in the future?  I’ll keep an eye out, maybe something good will come of it.

You’ll enjoy this if you’re looking for something lighthearted and like traps.  If you aren’t part of the niche… Well… 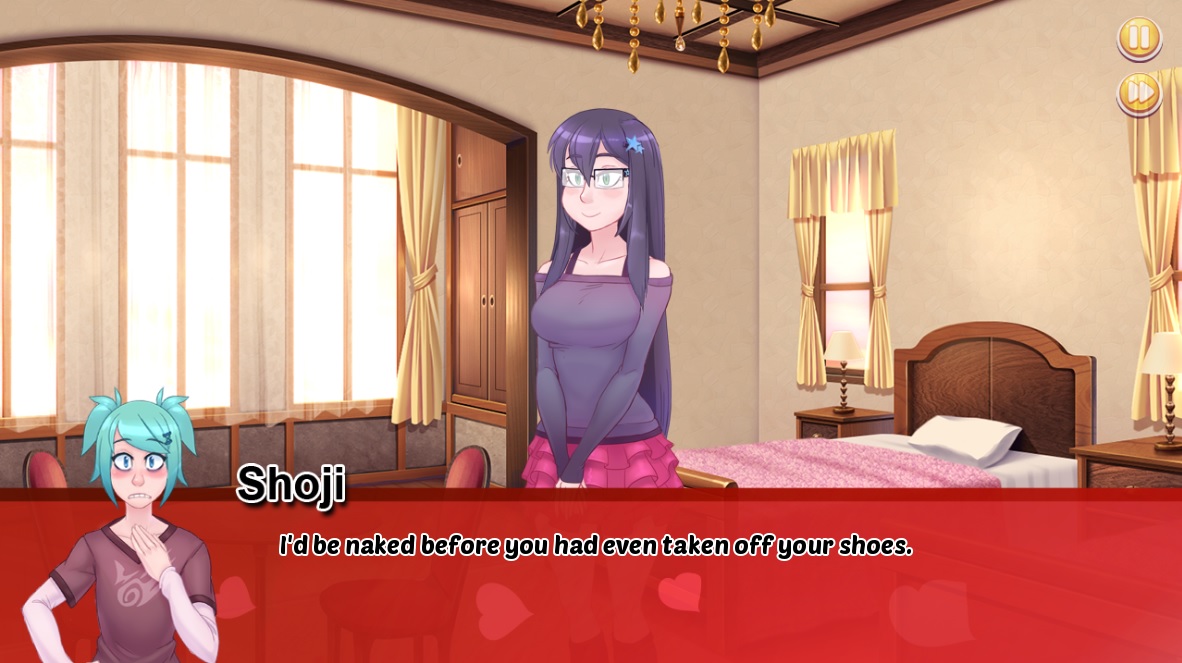 A big thanks to AJTilley.com for providing us with a review key!

+ Shoji knows how to hide his goods

- Shows promise, but fails to deliver