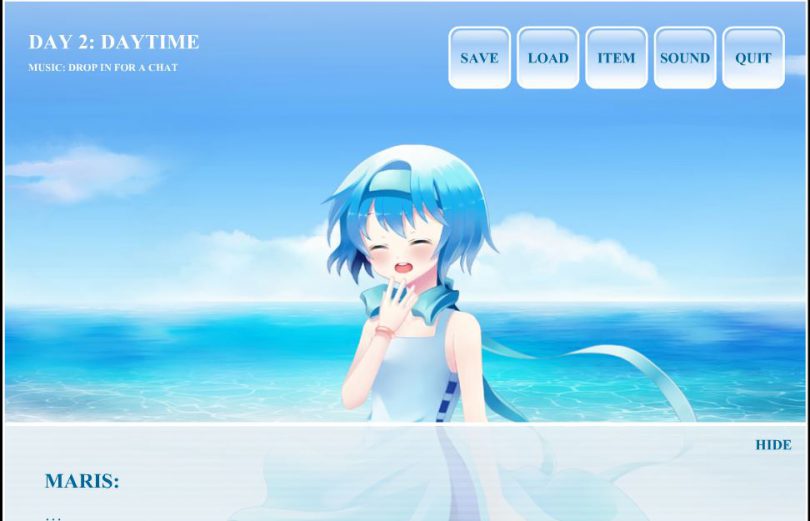 Voices from the Sea is an innocently beautiful and heartwarming visual novel developed and published by Zeiva Inc on September 16, 2014 to Steam as one of very few free visual novels. The game features a very clear and colorful art style along with a simple yet soothing soundtrack that makes the game very relaxing and enjoyable to play, the colorful art is accompanied by an array of simple yet well executed movements that are quickly noticeable from the start of the game such as the gentle sideways movement of the clouds and the gentle clashing of ocean waves against the sand in the background. The soundtrack is limited but not one you easily get tired of and consists of beautiful songs that bring life to world the visual novel is based in. This visual novel is perfect for anyone interested in more meaningful stories filled with realistic sound and sights that feature a smaller cast of relatable characters. Another great thing about this visual novel is the simple to use menu making it is easier to save the game, load from a different point, or change sound settings with the menu at the top…