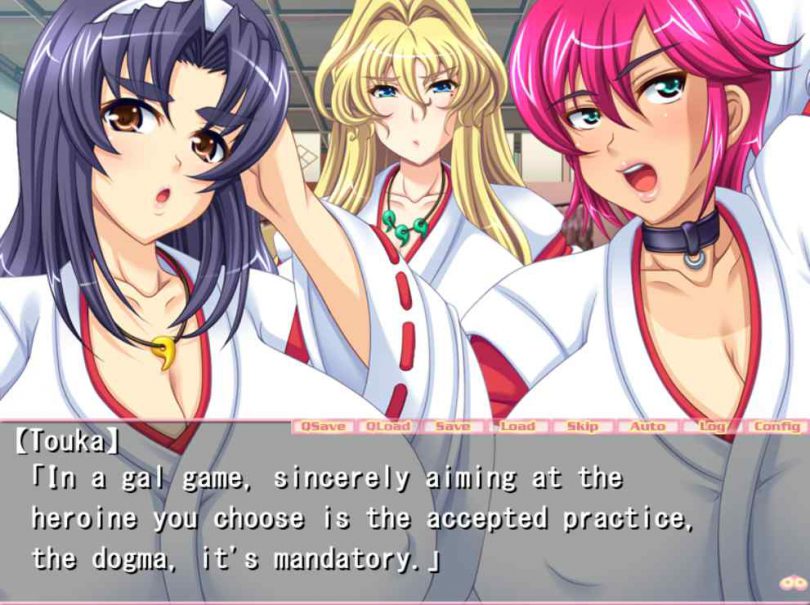 Before I begin this review, I need you to think about how many different words for “breasts” you can come up with. I’ll give you five minutes……… Good? Okay, keep those in mind. Whenever I use the term “breasts”, feel free to replace it with whatever synonym you’d prefer. Sounds good?

I’m a bit weird when it comes to breasts. I love every aspect of them, don’t get me wrong, but I’ve always preferred them smaller. This game does not cater to that preference. In fact, it goes in exactly the opposite direction; but that’s okay, because this short nukige, released by Rapapuru in 2011 and translated by Lv1 Translations three years later, caters to those who worship breasts that are three to eight times the size of their heads.

And no, I’m not kidding about that number.

The story of this nukige is very simple. You are placed in the shoes of Ukyou, a shota who has a massive breast fetish. It doesn’t matter who they belong to or how big or small they are, he likes breasts. Possibly because of this fixation, he and his mother are invited to his grandmother’s shrine, conveniently named the “Milk Fountain Shrine.” In quick succession you meet your aunt, her daughter, and your grandmother, and after a scene with your grandmother, you are asked to choose the successor to the shrine from the aforementioned three women, or your mother. Yup, the entire game is chock full of incest. And breasts.

There is also a harem ending, which is by far the best harem ending I’ve ever seen.  If you’re unsure whether you want to play this game, play it for that reason alone. 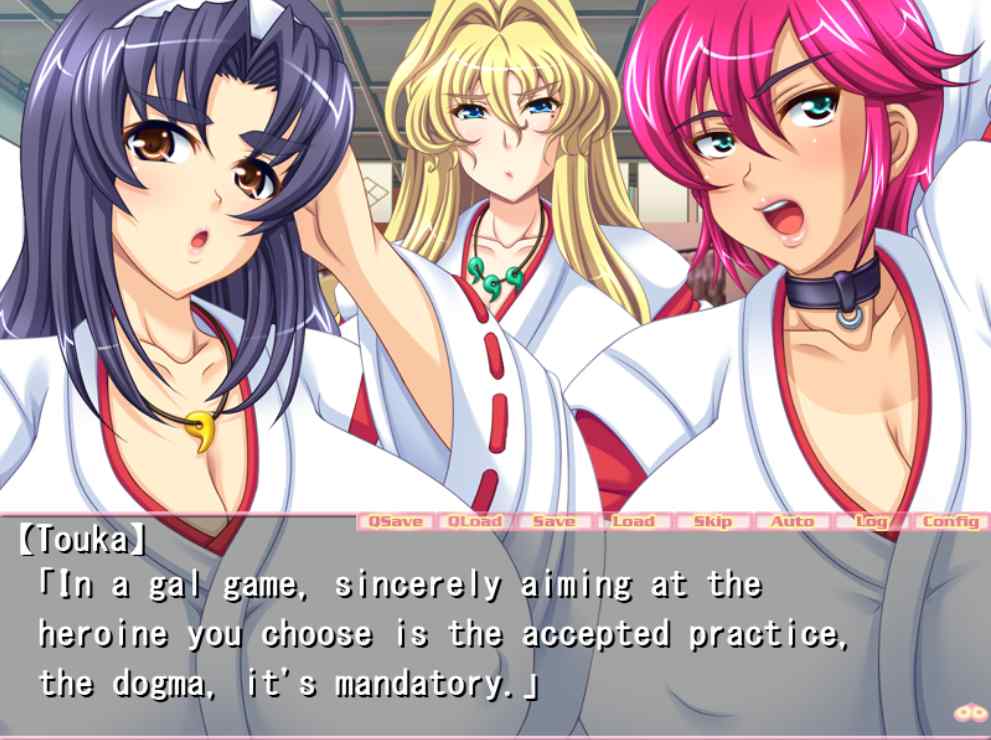 This game truly doesn’t screw around.

The art is decent, especially given the impossible proportions the game is working with, but the ahegao are terrible. The character sprites are incredibly weird looking when they aren’t wearing neutral facial expressions, and that threw me off quite a bit. The soundtrack is mediocre at best, but I was having more fun listening to the voice acting than the soundtrack. The translation is acceptable, and had very few grammatical errors in it, which made reading the comedic scenes pretty damn fun.

Honestly, this game is solid. I’m sure this could have been a fantastic nukige with a little more time spent on it, but as it stands, it’s not perfect. It’s one of those games you’re either going to really like or absolutely despise. Play this game if you like big breasts, virtually any sort of sex involving breasts (think outside the box on this one), lots of incest, and group sex.

Oh, and did I mention breasts?

Pick up the patch from here! – VNDB

+ THE BEST harem ending ever