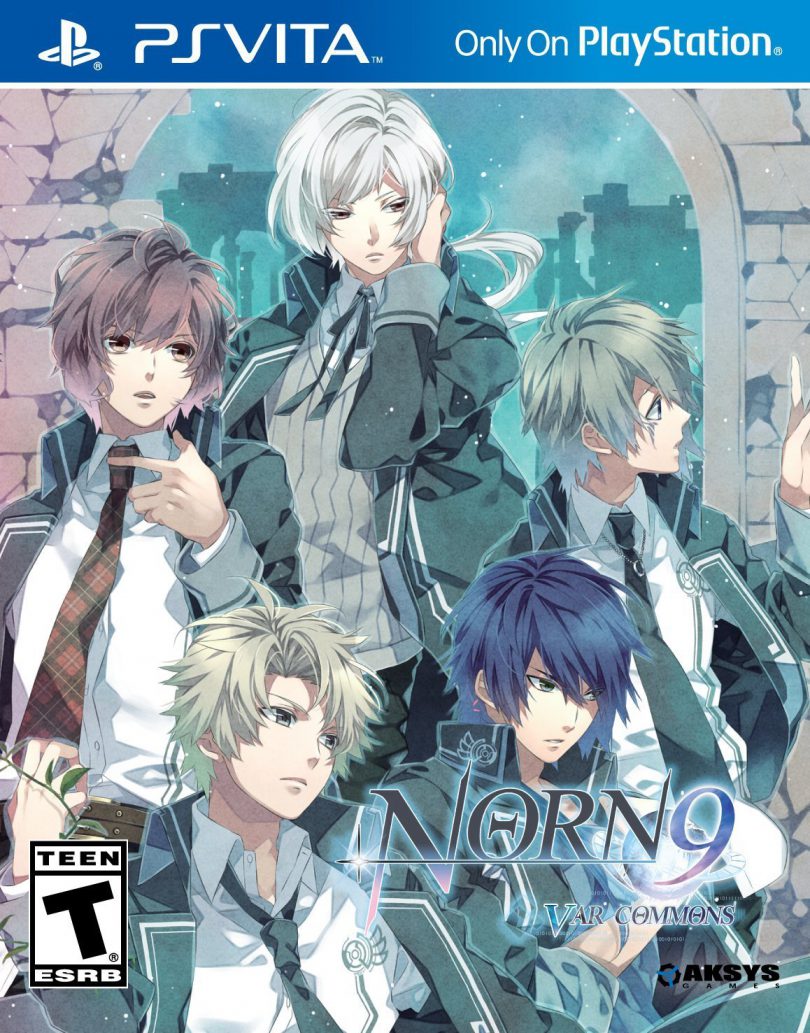 Norn9: Var Commons is yet another unique otome localized a few years after its release in Japan, as with many otome titles this one is developed by Otomate and was published by Aksys Games who have recently ported many of their games to the Vita. Norn9 was originally released to Japan in 2013 and has now been localized exclusively for the PlayStation Vita.

The journey begins after a young and intelligent school student named Sorata hears a mysterious song that only he can hear and becomes separated from his class, he soon blacks out with the result being that he awakens in another time hundreds of years before his own. After meeting a strange young girl and following her to a ship he soon finds that it may be his only way home, but it’s no ordinary ship and the passengers consisting of three women and nine men are also far from ordinary. After the characters are introduced you can choose any 1 of 3 female characters which will each be teamed with three of the men and all of them have special powers. The game doesn’t simple set you on the same path no…