Have you ever wanted to know what it’s like to be a god? Well, look no further! Divine Slice of Life (DSoL) is here to fulfill that dream of yours, and then some. But hold up, before you get to cause a few natural disasters, hurl lightning bolts at people and have your son run around doing all sorts of crazy tasks (all in good fun, of course) just to prove he’s worthy of being called your son, you have something really important to do: choose a wife. While that might sound trivial, it is in fact the plot of this peculiar VN. But is the experience as divine as its title?

DSoL was developed by AJTilley.com, a developer that gained popularity earlier this year by releasing Sword of Asumi and Beach Bounce, two other OELVNs which immediately got a lot of attention on Steam, since the platform doesn’t have a very extensive VN library. These games were funded through Kickstarter, with Divine Slice of Life being the more popular one raising a whopping 6000£. Needless to say, when an OELVN project manages to garner this much attention, it is hard to not be excited about the outcome, especially considering it could mean another high-profile VN being added to Steam, giving the medium an extra (and arguably much needed) boost of attention. 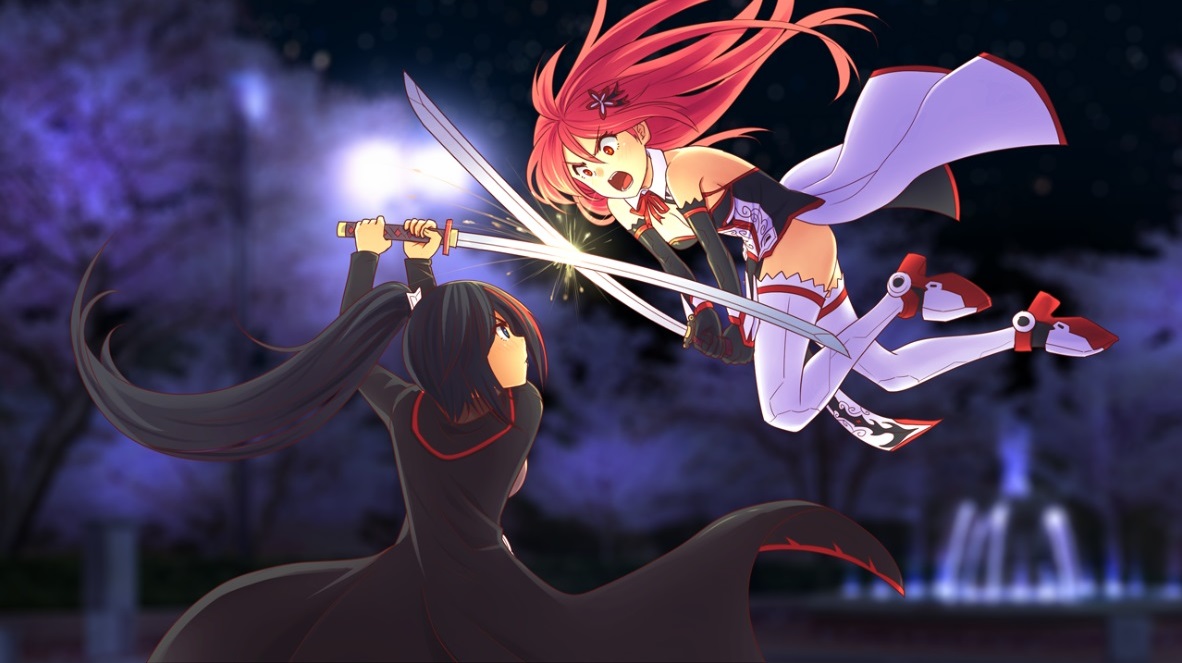 Now, as one might have guessed by the extremely subtle references in the introductory paragraph, you play as ‘Zeus’. While that may sound like a ton of fun, the king of Olympus is trapped in the body of a Japanese college student named Aaki. Another rather unfortunate circumstance is that, even when Aaki is made aware of this fact after he is nearly killed by two squabbling girls, he still can’t access his godly powers quite yet. These two girls just happen to be the incarnations of the Greek goddesses Athena and Aphrodite. They are both here to convince Aaki to take her as his wife, making her the rightful queen of Olympus while she’s at it. However, if Aaki were to fall in love with a mortal woman, he would lose his godly powers and stay a mortal. Of course, Ryn and Yui, as the two goddesses are called on Earth, don’t want to see this happen, so they decide to stick to Aaki like glue.

As far as the story goes, this is a nice and rather unique take on the high school romance genre (the fact that this takes place in college rather than high school matters very little in the end). It is sad to say that even with this much setup, it amounts to little more than a sappy romcom. The main reason for this is that there is simply not enough time to flesh out the characters properly, leaving the player with a simple option of: ‘well, which girl do I want to have sex with?’, whenever a choice pops up. The entire thing feels very rushed, especially when it comes to Taka, who is supposed to be your childhood friend and yet there are very few mentions of your past together apart from a few vague memories being recalled at times. You have to assume they have a rich history together simply because the game says so. 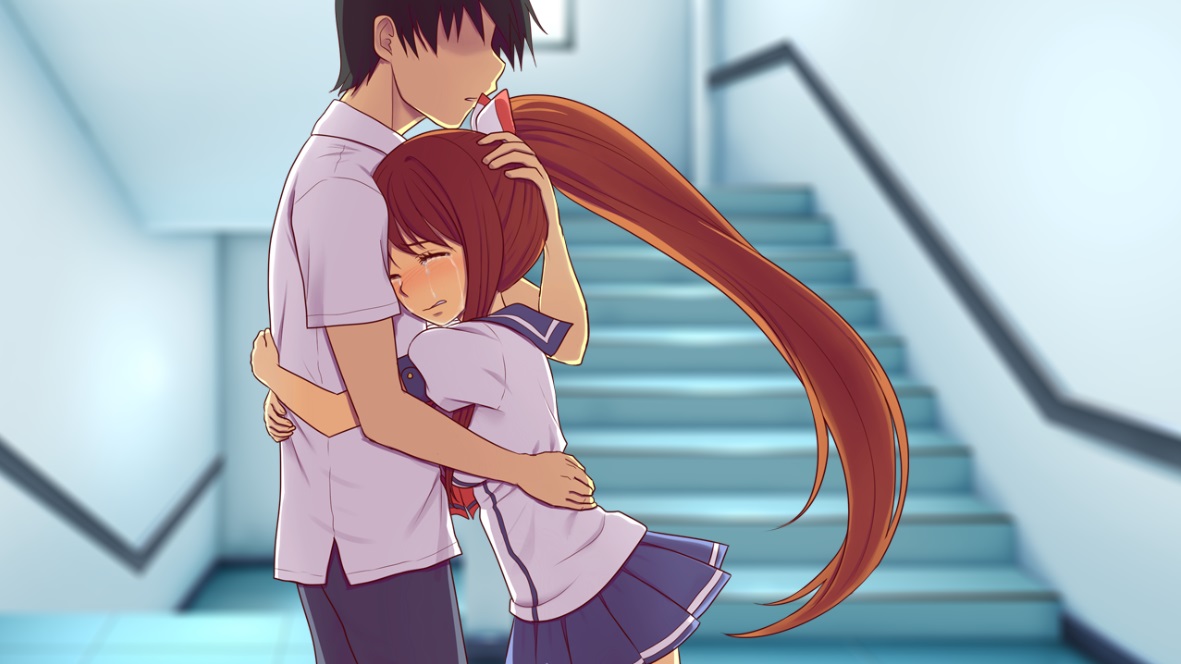 Speaking of which, there are two other heroines in this game, bringing the total to a whopping five, an impressive number for a VN as short as this and probably one of the reasons why each individual route is so damn short. There’s Sakuya, the pretty and popular student adviser, and Akame, the class representative and part-time ninja. Aside from the shortness of the routes, I have to admit that in every route except Akame’s the romance was built up in a meaningful way but they still suffered from having been cut short. The entire thing could have been much better if instead of adding the three other heroines the developers had focused on the two main girls instead. This is spurred on by the vibrant and often rather funny bickering that goes on between them, making the common route a lot more enjoyable as a whole.

Sadly, instead of a whole VN filled with Yui and Ryn we get five incredibly short routes with H-scenes that feel rather awkward and shoehorned in, seemingly in an attempt to copy popular eroge (this even includes ejaculation choices). The game could have easily done without them, as they feel like they were just put there to make us forget about the actual development of each individual romance subplot.

As far as the art goes, there’s little to complain about at first. Even though there is a lack of CGs for some scenes, the CGs used are nice (unfortunately some of them end up being recycled, such as Yui and Ryn’s H-scenes in the bad ends and the common route). The backgrounds are excellently drawn and look nice and warm, contributing to the overall ‘lovey dovey romance’ feel DSoL seems to be going for. The character sprites look realistic enough and are rather attractive, even though they have limited facial expressions (which is normally what CGs are used for).

On the subject of faces, DSoL does have a very limited amount of animation as well, the girls blink from time to time and move their mouths when they are speaking, to create something akin to lip syncing. However, the lip sync ends up looking rather silly most of the time, with the mouths moving extensively even when the character just says something like “Hmm…”. The music is also something I can’t really complain about, since it’s fairly enjoyable most of the time, but at the end of the day it can’t be called anything more than average, since the music itself is rather simple and forgettable. But hey, at least it’s not annoying, which is more than can be said for some of the game’s other issues. 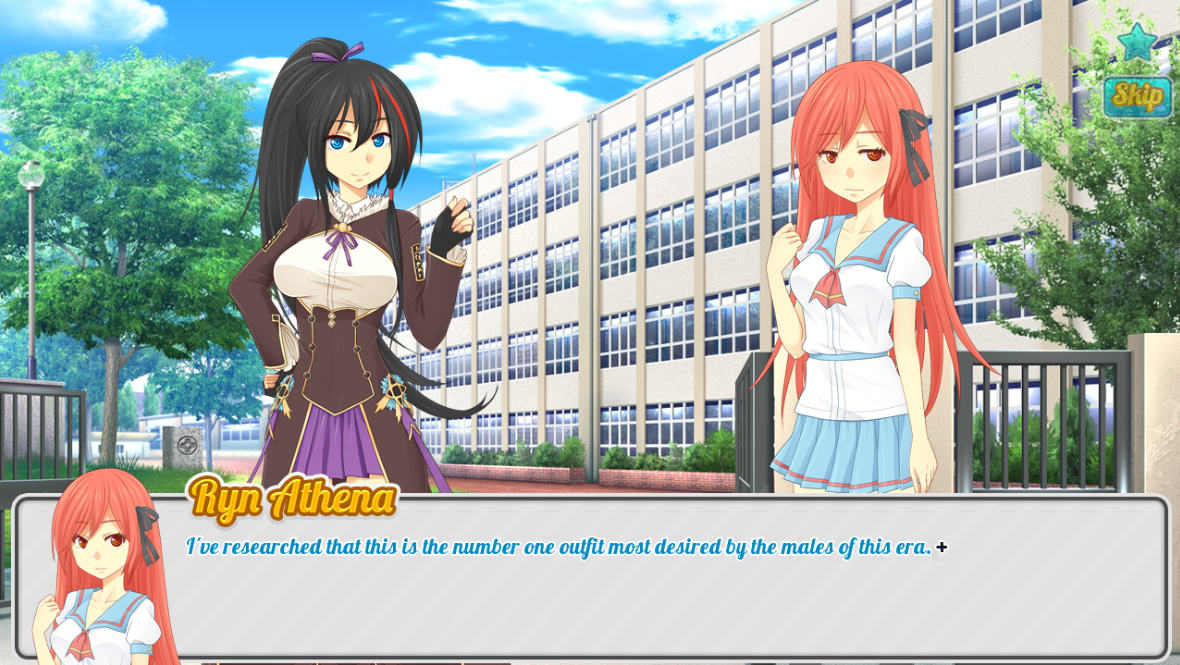 While the game’s main issue lies with its story, it has a few other problems as well, the primary offenders being the voice acting and volume issues. The voice volumes aren’t leveled properly relative to the music, making several voices (Yui’s in particular) basically inaudible unless you turn the music way down. Meanwhile the other voices (such as Sakuya) are leveled properly, making the entire thing feel very wonky when several characters appear on screen.

While we’re on the subject of voice acting… it’s not that good. In fact, while I feel that the voice actors for this VN tried their best, it doesn’t measure up to the medium’s standards. Prime examples of this are Ronan, the protagonist’s rival when it comes to pursuing Sakuya who just tries way too hard to sound smug and ends up sounding rather silly instead, and Taka, who seems to have a distinct lack of emotion in her voice, being especially painful during a certain scene where the CG shows her bursting into tears while her voice actress continues to read her lines without any change in her voice whatsoever.

Other than that, the game also lacks an auto function along with a chat log and a ‘return to previous choice’ option, making it impossible to backtrack during your playthroughs. While these might seem like minor complaints, they can be quite annoying in case you’re weren’t planning to save at every single choice.

All in all, it’s very hard to recommend this to anyone. OELVN enthusiasts can find other, better (and cheaper works) on Steam or elsewhere while the more hardcore VN readers will most certainly be put off by all the negatives that have been mentioned above. While the game does have an interesting concept and a promising start to its story along with charming art, these things are not enough to make it rise above the growing crowd of OELVNs. If you take its short length, bad lip sync, audio quirks, mediocre voice acting, and serious pacing issues into account then it can be safely said that this is one VN you can easily miss out on. Or you can pick it up from the bargain bin on steam in a year or so.

Thank you to AJTilley.com for providing us with a review key for this title!

- Too short, leading to severe pacing issues in every route

- No auto mode, no backtracking options and no log. Why?