Among those who believe in reincarnation, being born royalty is considered one of the worst things that can happen to you and one of the most difficult tests. Not only do you have a huge responsibility towards your people, you are also denied the possibility of having a life of your own. You are not a person —  you are an embodiment of something and, as such, you must always act like a well-fed, well-bred, and proper tool. It is almost as if all the luxury was compensation for giving away your very existence for the social structure. It might be hard to follow this logic at first, since who wouldn’t want to be a king, a queen, a prince, or a princess? Personally, it was quite difficult to understand why being rich and served would be a terrible thing, but stories like The Confines of the Crown changed my mind.

As soon as you are introduced to Madeleine Valois, born from a noble, but poor and irrelevant family and who, through a little bit of mischief and a lot of luck earned the position of Prince Oscar’s valette, you are coaxed into understanding what your role is: securing the prince’s happiness for him in a foreign land. Or, rather, his kingdom’s happiness. A good marriage is paramount to the royal family and you have both traveled in order to meet Princess Cassidy in her medieval equivalent of a birthday rave party. There are two more princes striving to win her heart, however: Prince Nazagi and Prince Gaston, with whom you may later interact and, who knows, maybe have a good time with. 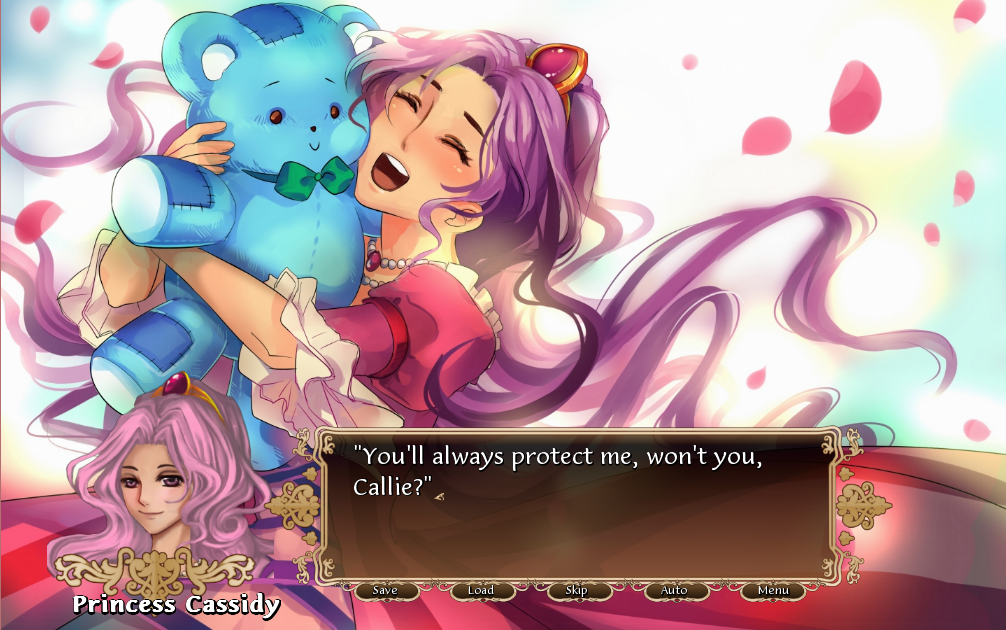 I did mention your role is to make Prince Oscar look like he is the most dazzling of all princes in front of Princess Cassidy, but this is exactly where political intrigue, personal feelings, and hopeless secrets come in — as the story progresses, you will get to know each character better and find out more than you could and should ever hope to know about how a monarchy operates. 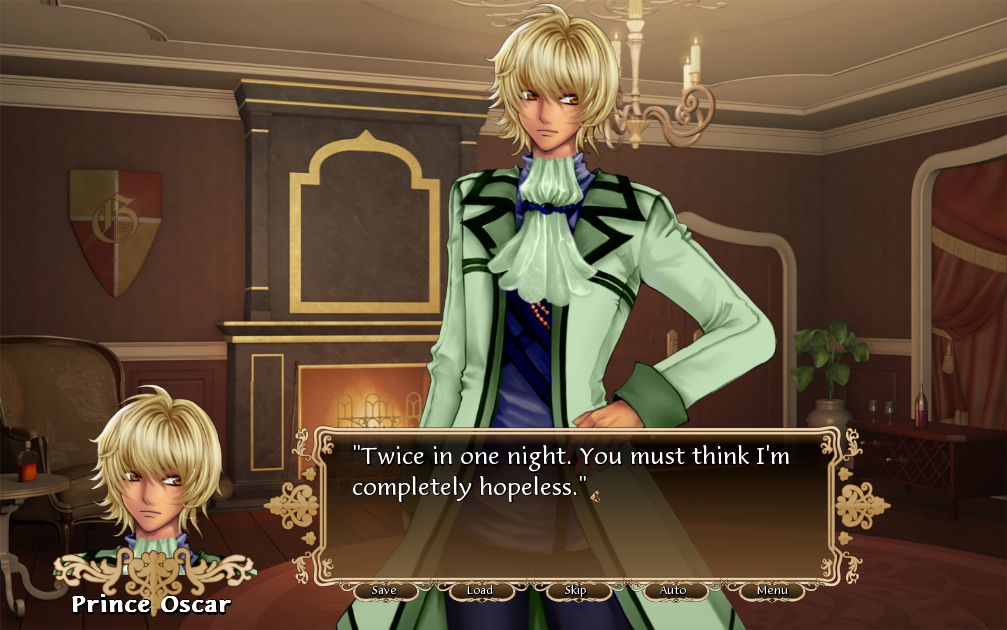 Hanako Games seems to have a knack for developing stories about nobility, appearances, secrets, and seemingly hopeless romance. However, unlike Long Live the Queen and Black Closet, The Confines of the Crown is a visual novel in strictest sense — there is text, visuals, music, and choices, but no management or stat raising. This brings both benefits and problems to the game.

Much like Long Live the Queen, the entirety of The Confines of the Crown’s secrets and information cannot be unveiled in only one playthrough. There are five routes, one for each Prince (including Prince Callum, Princess Cassidy’s brother) and each with three endings; one route for Dolores the Page, with two endings; and a bad ending if you do not manage to access any of the routes. Now, each route reveals something about the characters or the setting in what you could call a big puzzle. However, unlike Long Live the Queen, unlocking said secrets requires no more than a lot of text skipping.

I am drawing this comparison to talk about how similar structures can work better with a choice system in disguise, bringing variation to the playthroughs beyond the story. That not being the case with The Confines of the Crown at some point it gets boring. Thus, it is better to look at it through the stories it tells than as a big puzzle, since the routes are indeed self-contained. 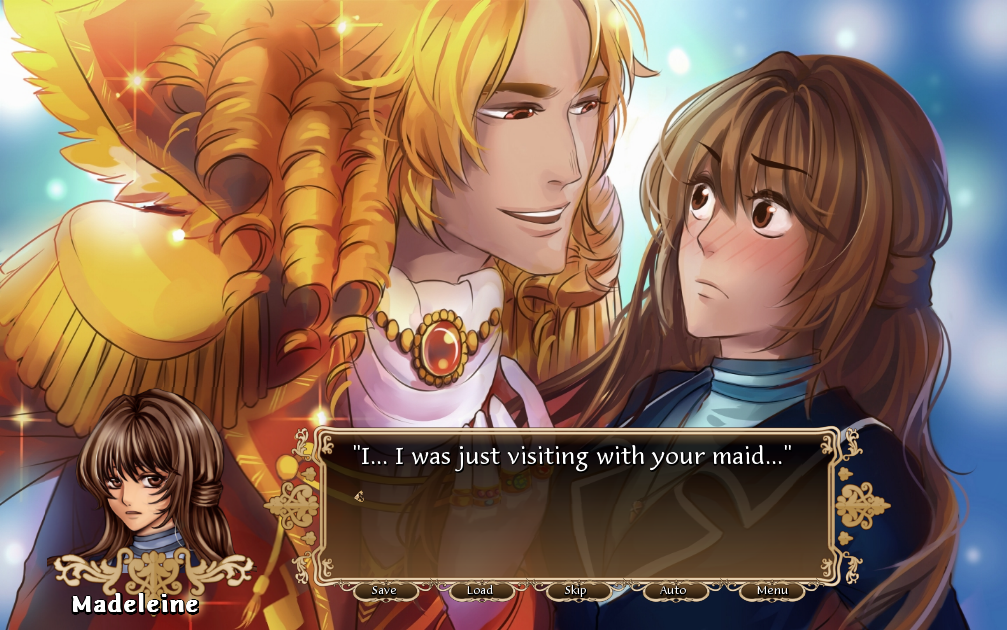 Since this is the path we are choosing for this review, we should then pay attention to how neat is the prose. It is sober without being pompous, austere without being sterile. So it creates the proper atmosphere for a royal and late medieval setting while managing to be charming and fluid for people of the 21st century. Sure enough, the alternation between scenes and Madeleine’s thoughts is made clear by the presentation — you have sprites and a text box in one, while the other has nothing but the background to back up the half-screen of text. Madeleine is a down-to-earth, considerate woman who is not, however, devoid of interests and doubts of her own in spite of her position. Her inner conflict is what moves the story forward and your choices may even get her to wonder what has gotten into her for how rebellious they can be. Through her and other characters, themes such as class, politics, identity, freedom, and family are explored, with plenty of room for you to intervene (and occasionally get a bad ending out of it). It is not as if there is no mystery, but it is more a part of the character development than the other way around. In fact, the discoveries earn you more of a connection with the characters than a sense of fulfillment for your sleuthing.

I should mention how detailed and impressive the art and the music are. There are plenty of CGs to counter the otherwise plain narrative and the moments chosen to be represented are all very touching and beautiful. The music, comprised of acoustic guitar pieces in various moods, have a lot of texture and do compliment most scenes they are in while also being very nice to the ear by themselves – especially the saddest one. I honestly wish you could buy the OST. 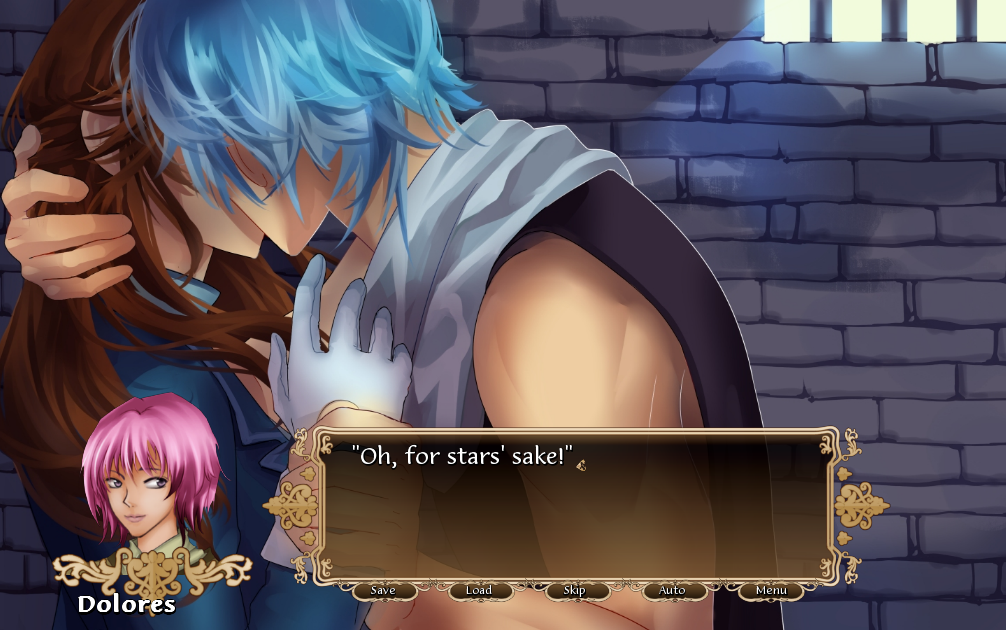 You might want to know what each possible love interest is like, but I will not be so mean as to assign a character type to each of them. And, after all, it will be only after you learn their secrets that you will truly understand what kind of people they are and let Madeleine and yourself fall in love with them. I will, however, warn you (without spoiling you) that every decision is made progressively more complicated by how many hearts you are affecting. After all, love in the court is quite possibly the most complicated kind of love, always shrouded in secrecy, appearances, and contempt for people you have to meet and be kind to anyway.

*The review copy was provided by Hanako Games

+ Gripping, emotional stories that are also full of discoveries