One way to deliver entertainment through romance, even (especially) in real life, comes from making the spectator, reader, or player feel like a part of the seduction game. When a story makes us feel like we are being taunted into a character’s universe, we, too, fall in love with that character as we discover more about him or her. Such infatuation is created when we are kept wondering if what the character said meant what we think they said and start always interpreting things in a positive, hopeful light. And so, fiction becomes a universe in our heads we can explore and desperately want to trust.

These impressions and themes may seem mutually exclusive, but Black Closet manages to combine both. 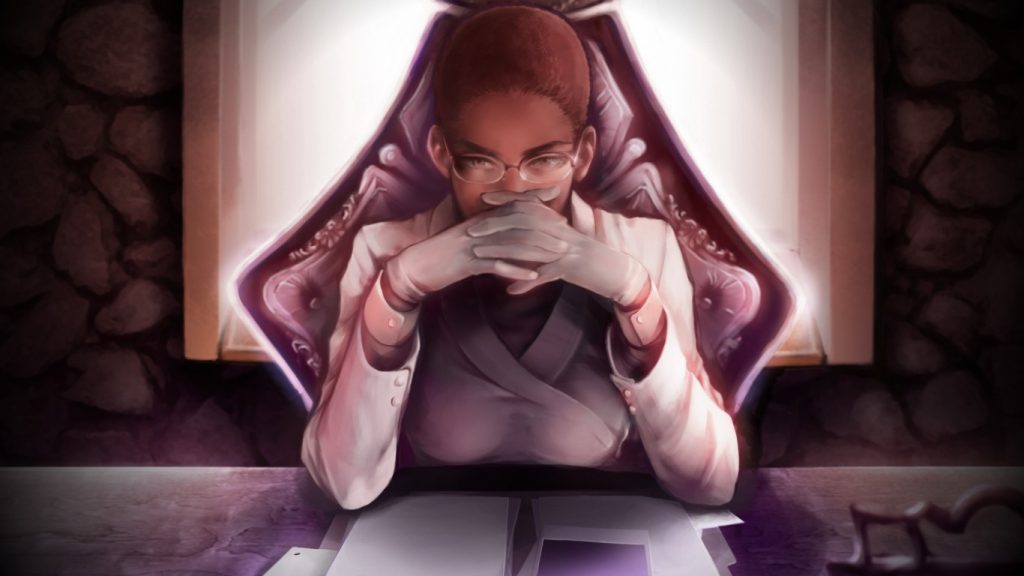 Rowan, get in the fucking robot

That’s right, you’re the girl in the Gendo pose. Cool, huh? Her name is Elsa and she is the new president of the Student Council at St. Claudine, an all-girls top-notch high school. Miss Talmage, the advisor, introduces you to your job right away – hurriedly, I might add. You must manage minions – other student council members – to perform tasks in order to solve cases, so that the school’s reputation doesn’t crumble before scandals. If you are too harsh and harass innocent students or get caught sneaking in their dorms, however, the Council will lose karma. If either the council karma or the school’s reputation reaches zero, you lose. The game follows a strict schedule, so cases are given on a fixed date and must be resolved within a number of days. On the weekends, in order to alleviate the stress from a week of pursuing criminals and misleading poor freshmen, you can visit your minions to socialise and make friends (as well as extending their loyalty, which will in turn make them able to perform more tasks before tiring out). Which is cute.

Except one of them is a traitor. 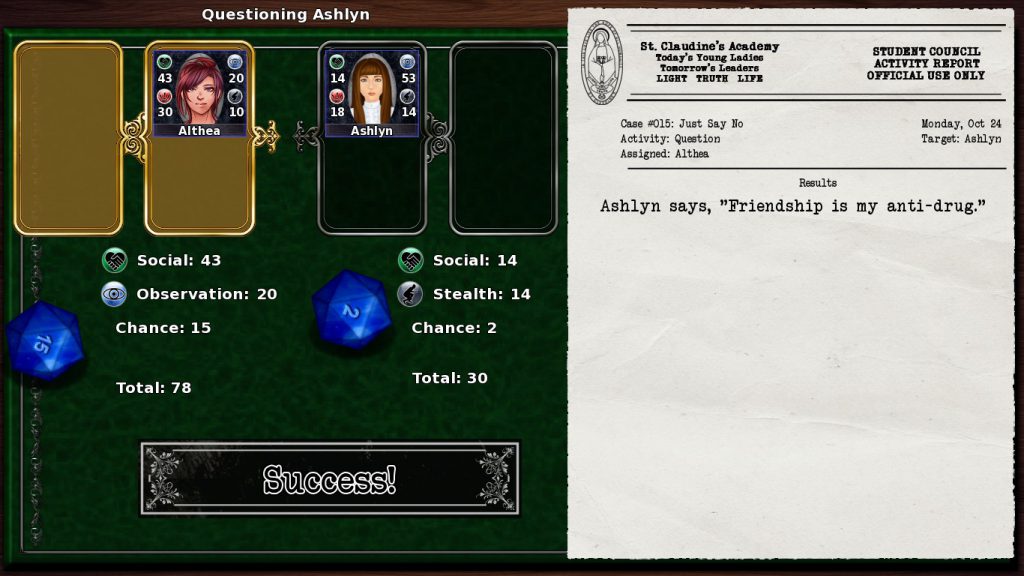 And music is your boyfriend, I suppose

I don’t know if you’ve ever played Saboteur, a tabletop game in which the roles of Miner and Saboteur are distributed among the players, all of which supposedly have a common objective. No one knows each others’ role and, when tasks are assigned to a group of players, the Miners will try to make it succeed whereas the Saboteurs will try to make it fail. What we have here is a single-player experience of Saboteur, which makes the mystery in Black Closet so much more interesting in two ways: first, if anyone can be the mole, you can’t trust anyone at first – so everything the girls say or do is a potential clue. Vonne, for instance, is very friendly and solicitous – that could be suspicious, but maybe that’s exactly what Hanako Games wanted me to think! The lesson is that you may come to doubt everyone for different reasons and, thus, become entangled in the plot.

The second way in which the mystery in this game becomes so interesting lies in how you must form bonds with the minions even though you can’t trust them. You may come to like one in particular and make her your love interest, but you can’t even trust her! You paradoxically want to trust and not trust them. What’s more – since they could, for all you know, be lying all the time, they all become more mysterious and, therefore, interesting and seductive. So after all, mystery and romance enhance one another by their own contradiction. 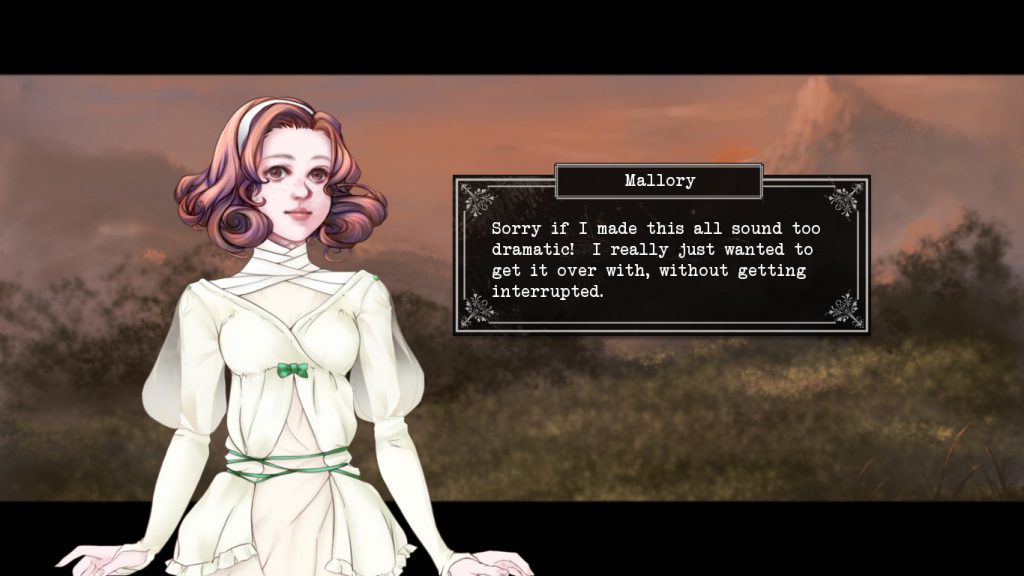 That’s the appeal of the femme fatale in the noir genre: the audience is captivated by her not in spite of not being able to trust her but precisely because of that. By giving us five potential friendship or love interests that are also mysterious and keep us on our toes, Black Closet drags us into its plot, universe, and characters quickly and smoothly.

But that’s just the first part of the game, which ends at a Harvest Festival in which you have the right to choose a Queen to accompany you. You may even choose the perceived traitor. If, however, you don’t catch the mole, that’s a game over.

The cases do get progressively harder, but there is a pattern to them, so you start learning how to play, eventually to the point that they all become easy because you know in how many ways each of them can go. The curious thing is that you are given the cases randomly at the start of each week, which is the only time you can save your game, so there’s no chance you can load a save state and cheat. Beat that, punk. Learning how to play and the intricacies of running a student council is only half of the deal, though – by choosing how to solve the cases and how to deal with the traitor, you slowly shape Elsa’s personality – a benevolent and just ruler, a ruthless goal-getter or even, well, Gendo Ikari. So the mechanical nature of the cases is actually a choice system in disguise, allowing you to use the same system to solve or to cause trouble for the students. In other words, you can go from pursuing a traitor to becoming a traitor. 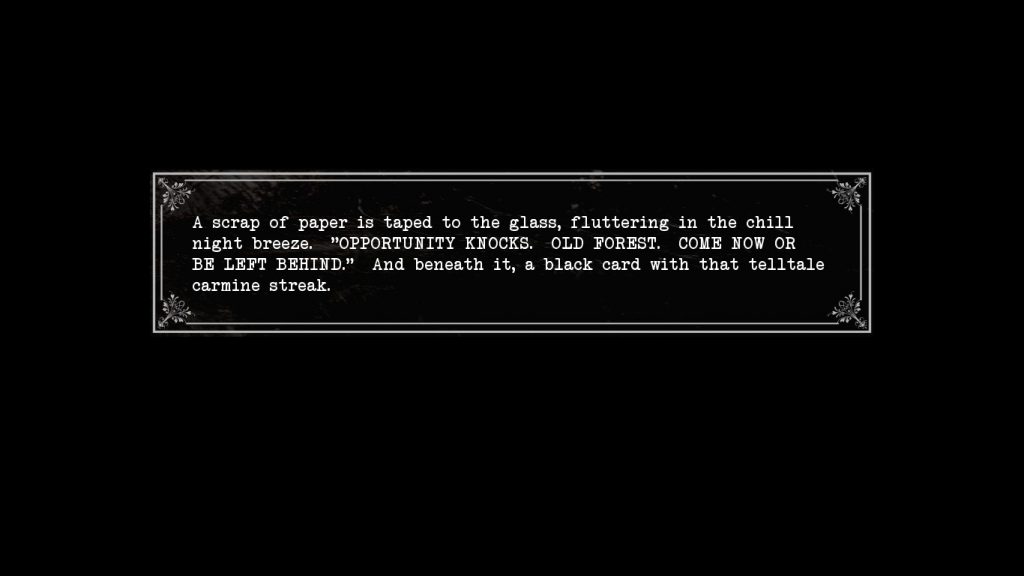 There are a handful of branches for you to follow when it comes to which cases you’ll solve, too. Special ones will start to appear and deciding them or not will define your ending and epilogue, but in a rather fluid way: the opportunities you miss don’t really add replay value as much as they create a sense that your Elsa is yours and yours alone, even moreso because of the mistakes you made. This is made more evident by how subsequent playthroughs can be customized in just about anything: you can decide the traitor beforehand, decide the names and portraits of your minions – you can even load up photos of your friends – I’d have started a game with the Fuwanovel Reviews Team as the student council, but I’m sure we would end up blowing the school up.

I simply must comment on how both art sets (you can choose which one to use), alongside the music, build an exquisite atmosphere for the game. Together, they make the school feel oppressive, yet elegant. It’s a privilege to be there, but perhaps not worth it. This is how, in a way, Elsa influences you to influence her, because you end up developing certain feelings towards the school, the intrigue between the students, the mysteries, and Elsa’s Queen. And even though you can shape her personality to your liking, there is some backstory to her and, depending on how you interpret it, it will make you love or hate her role as student council president even more. 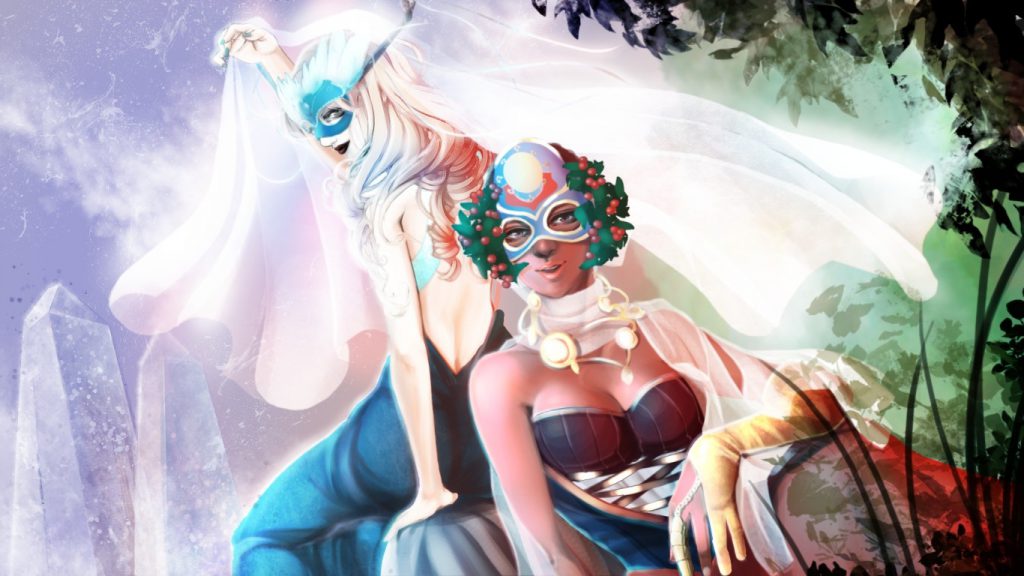 This is why you are Elsa as much as Elsa is you. She’s not a faceless protagonist – she does have an identity of her own, an identity you momentarily take over and make of that what you will, with no moral judgement from the game in regards to the path you choose. I won’t disclose the path I chose for Elsa, but I’ll give you a hint: the truth is very lonely. If everyone knew all the truth, there wouldn’t be anyone left with whom to share lies.

Get Black Closet on Steam!

Thanks to Hanako Games for kindly providing us a review copy!

+ Mystery and romance intertwine in a great way

+ Story delivered through actions rather than descriptions

- Mechanical nature of the gameplay may get a little tiresome near the end, causing the "Alright, I get it" feeling