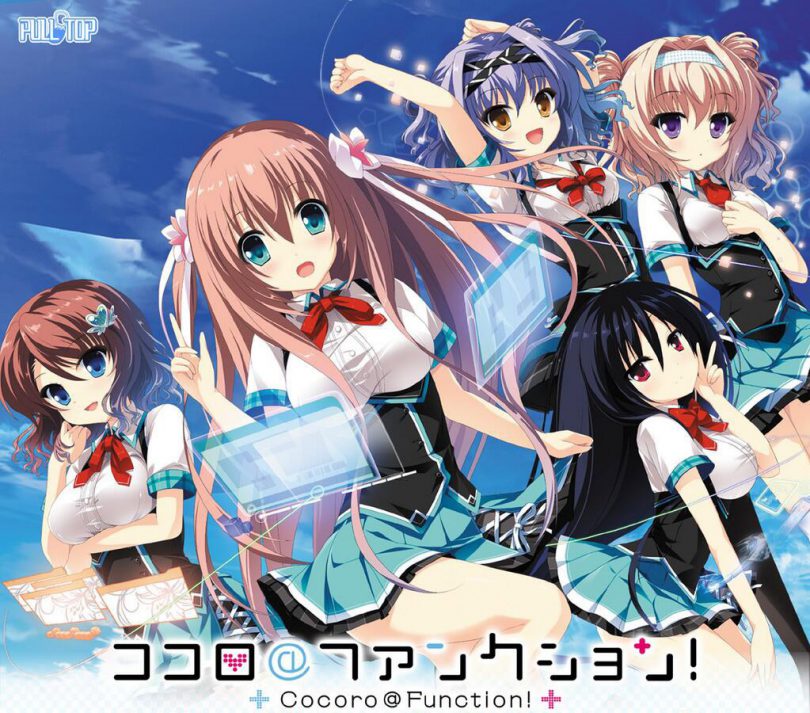 Moege, a popular visual novel genre that focuses on cute love stories with slice-of-life elements, always seems to be a hit or miss for fans of Japanese PC games. It’s a genre that tends to be avoided by hardcore VN fans who enjoy rich story and edgy themes. With their stereotypical scenarios, repeating character archetypes, and forced drama, these games aren’t for everyone. Rarities do exist among the pile of cookie cutter stories, and in this particular review, Pulltop’s [email protected]! happens to be one of those games. 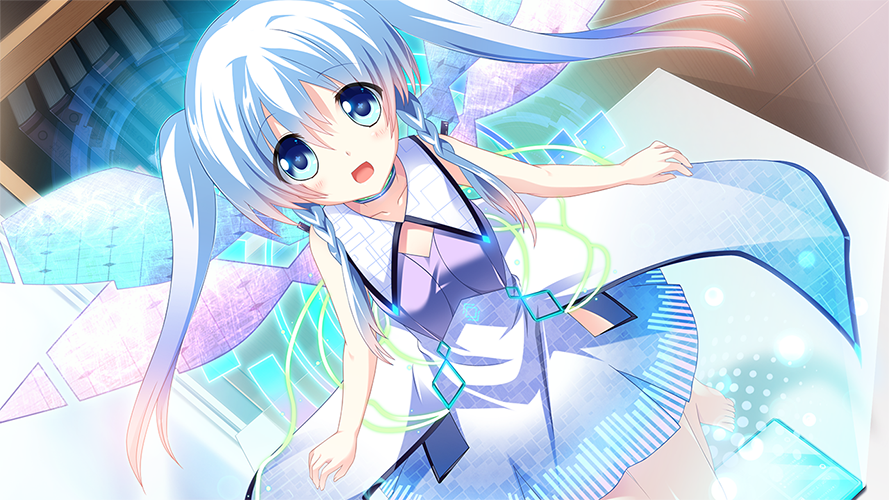 [email protected]! was the very first visual novel I ended up reading entirely in Japanese. While it initially began as a live translation stream with a friend of mine, I soon started to dive into this game and realized how much I actually enjoyed it. For me, it’s one of those rare gems that come along every so often in the moege world, a diamond in the rough if you will. I want to acknowledge Pulltop’s success by shedding light on this game’s unique story and fantastic use of visual novel elements that I believe many other games should adopt if they haven’t already. So sit back, grab some popcorn, and take a journey with me into the world of [email protected]! One of the first points I want to address that makes this game a success in my eyes is the focus on the heroines in the story. You see, unlike a large majority of visual novels, [email protected]! focuses less on the protagonist Taiyou and more on the girls surrounding him. One of the things I like most about this game is the fact that it uses a lot of “point of view” (POV) changes throughout the story. Whether you are reading the common route or an actual girl’s route, often times Taiyou is not featured in many of the scenes. Instead, we get to witness the internal struggles and monologues of the heroines. This is a good thing because it allows the reader to connect with the characters on a more personal level. Instead of trying to guess what a girl’s personal thoughts are regarding certain events and the drama surrounding them, you get the pleasure of being told directly in first person dialogue. 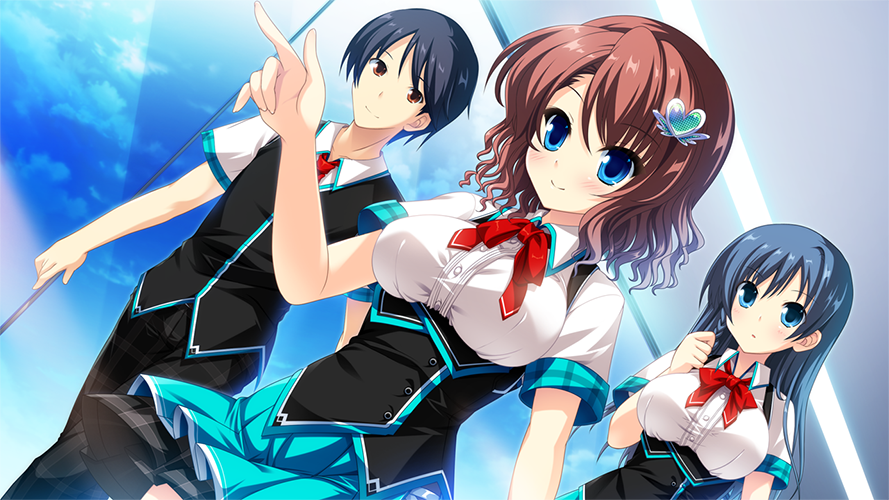 And this is also a good thing because often times, scenes revolve around the friendships of all the characters rather than just Taiyou himself. For example, there are many scenes in Hijiri’s route that focus on her roommate relationship with Mina. The conversations and dialogue were authentic and I didn’t feel like I was being shoved a character archetype down my throat. Instead of constantly reading scenes with Taiyou and focusing on how he falls in love with the girls, I got to see how all the characters interact with one another. In one particular scene of the game, Hijiri finishes having sex with Taiyou while Mina is away doing things. Mina comes back to the room later that evening and finds out what Hijiri was doing while she was away, to which she replies in truth – she has no problem with the fact they want to have sex, but she does want her to clean up after they are finished. While this particular scene isn’t the best example to use in this situation, it does help showcase the real relationship among the characters. Traditional moege wouldn’t do that and would instead “remove” the other characters from the game during a girl’s route. Which leads me to my next point as to why I feel this game is a success. [email protected]! does an excellent job when it comes to making the characters feel like real human beings. Our protagonist, who finds himself in many perverted situations (as is typical for Japan), is not beaten up like most visual novel/anime characters. While the girls do find his perverted ways disgusting at times, even they realize that as teenagers, sex is funny and joking about a few sexual things is okay. Ibuki, the girl who is introduced as being the shy one, doesn’t get embarrassed about a stupid joke here and there. Mebae, my favorite character in the series (who sadly gets massively shafted in the fandisc) is a prime example of good character design. While she is the one who likes to tease Taiyou about sex the most, Pulltop doesn’t overdo it and make her the typical alpha female. She likes to tease, but at the same time she realizes her limits as well and backs down on occasion. All in all, no character in the game loses a sense of realism when it comes to this visual novel. In fact, this is one of the only visual novels I have ever played where the main heroine actually stops loving you. At the beginning of the game, you are introduced to Mina. She ends up telling Taiyou that she needs to leave town, but not before expressing her love to him. It turns out that she returns later in the game (who would have guessed), and they both confront each other about the incident from that particular evening. In the end, they decide to remain close friends instead. Honestly, this is the first time I have ever witnessed this happening in a visual novel. Games like Clover Day’s and other popular titles have the “childhood friend” love interest, but [email protected]! thrusts you right into the action and skips all of the promise junk you made as kids. This really drives the point home that the characters in this game act about as real as they come. 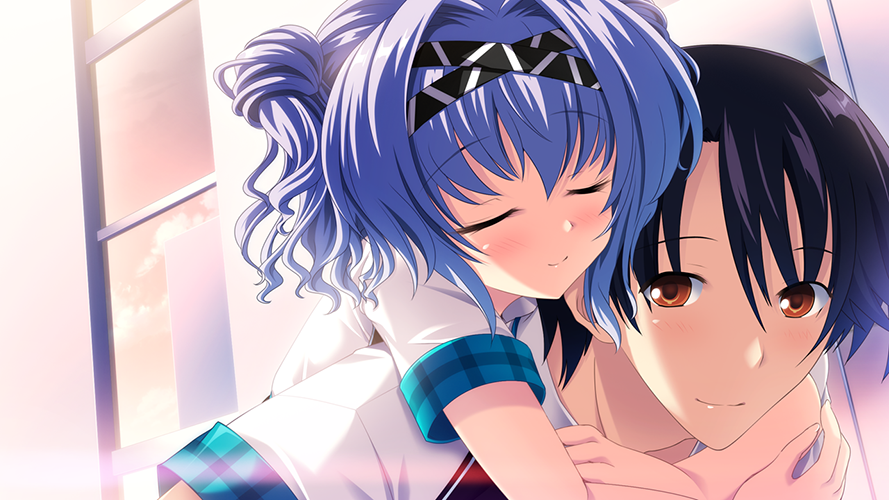 Unlike popular titles in many moege visual novels, entering a route in [email protected]! doesn’t lose track of the other heroines either. For me, this is extremely important when it comes to routes in any visual novel, and it directly relates to my first point I brought up in this review. The game focuses on the interactions among all of the characters, and not just Taiyou and the love interest. Even when you enter a route and establish a relationship with a character, you remain friends with the others and even go as far as announcing that you are dating. This leads to, again, realistic conversations among friends which makes this visual novel all the more enjoyable. Still, at the end of the day this is a moege and it still adheres to “otaku” pleasures. Panty shots, perverted comedy, and occasional forced drama drag this visual novel down. While the drama isn’t as bad as some other games out there, it does have the typical bumbling protagonist who acts like an idiot most of the time. Somehow, he ends up becoming a wizard of words and convinces the girls to fall in love with him and make the panties drop. This is a weakness of the novel, and while it doesn’t detract too much from the game, it can cause slow moments in reading. 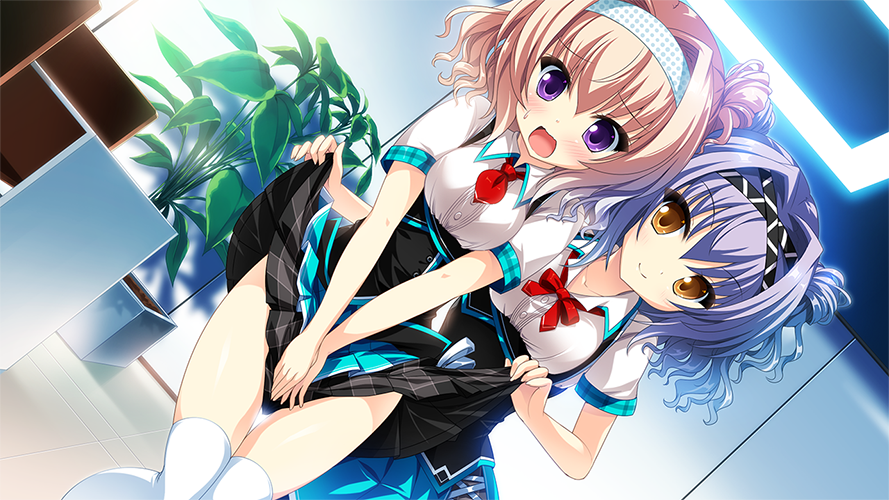 At the end of the day, [email protected]! is a moege that stands out from others on the market. It focuses a lot on the heroines of the story and uses fantastic moments with POV changes where we get to see the events of the game unfolding through the eyes of every character. The girls feel like real human beings and aren’t forced into a character archetype. While Taiyou himself isn’t anything special in terms of being an amazing protagonist, he does his job when it needs to be done. Still, even with all of these good points going for the game, it’s still a moege and falls short with its overall presentation as a whole. Pulltop had the right idea with this game. This is how visual novels should be done, but at the end of day it fails to deliver in some areas. Overall, I highly recommend this game and hope you give it a read someday.

Submission by OriginalRen, thank you!

+ A moege that breaks the formula, ignoring character archetypes, stereotypical scenarios, and forced drama in many instances.

+ POV changes spice up the story, allowing readers to view events through the eyes of all characters rather than the protagonist alone. In addition, characters are not "lost" upon entering a route.

+ Extensive character interaction leaves the reader less confused when it comes to plot elements and allows for expanded story value.

- While it has a lot of good points going for it, [email protected]! falls short when it comes to delivering the pros listed above. At the end of the day, it is still a moege. No edgy themes here.

- Typical otaku pleasures are thrown into the mix of the story (i.e. = panty shots). While this might interest some readers, it drags down the story elements of the game in certain instances.

- Excessive H-scenes. Whether you enjoy this sort of thing or not, 5-6 per heroine is pushing it and often times feels like you aren't getting more of what matters in the game.