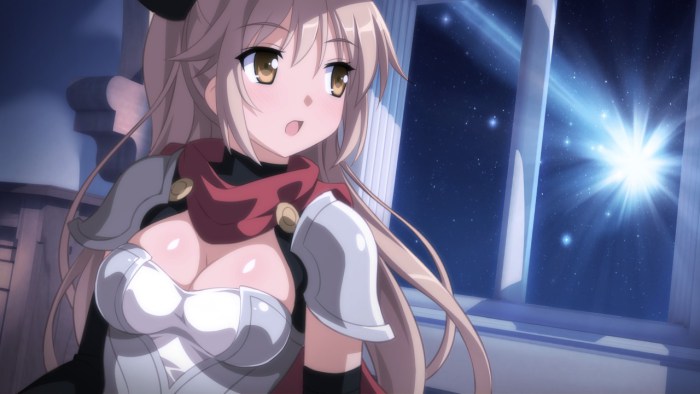 Sakura Fantasy is the third title in the Sakura series from Winged Cloud, and it’s an improvement upon the last two. Not only do we have a story with a little more meat to it, but the characters are also finally more than mere stereotypes, and all this without scrimping on the fanservice we’ve come to expect from this developer. However, it’s not without its flaws, and there are a few issues that I’d like to see fixed in future installments.

Raelin is training to be a knight in a declining fantasy kingdom where evil monsters have encroached upon most of the land, and the remaining population survives in their walled-off city. We follow Raelin in her training until various forces conspire to send her on a quest out into the dangerous mire surrounding the city. One big change going into this story is that we have a female protagonist whose sprite appears on-screen. This also means that we have the opportunity for delicious yuri.

The plot in this two-hour installment is more interesting than we’ve seen from this developer before. There’s still plenty of silly stuff…