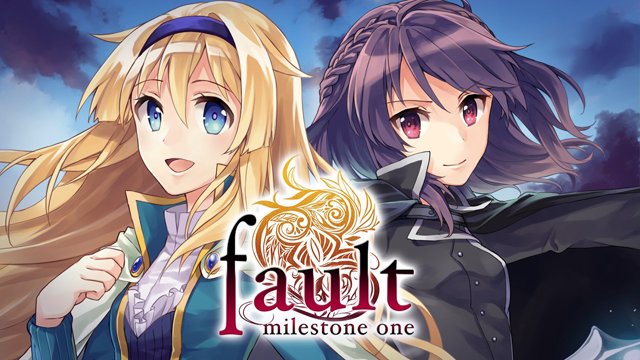 Kickstarter is a wonderful thing.  For those who don’t know what Kickstarter is, it’s a website where individuals or groups can put forward a project about virtually anything (with obvious legal limits – no adult material, nothing that would be considered illegal, etc.), set a price, and see if enough people are interested in the product in the form of donations.  In return for these donations, people are awarded various different things based on the amount of the donation.  And if enough money is donated to meet the threshold, the product is put into production, and you get your shinies!

I tend to support a lot of these, but unfortunately fault -milestone one- was not one of those titles.  Here’s why I regret not having supported it:

In this kinetic novel, developed by ALICE IN DISSONANCE and Kickstarted and released late in 2014 by Sekai Project, science fiction meets fantasy in the coolest of ways.  The story starts in the kingdom of Rughzenhaide in the midst of an attack.  A set of mages, each with their own manakravte (essentially – a set of skills), are seeking the Princess of Rughzenhaide, Selphine.  One of the mages meets Selphine’s guard, Ritona, and a fight between the two breaks out.  During this fight, more mages appear, and the princess and her guard end up outnumbered.  In a last-ditch effort, Ritona uses a manakravte that causes them to be teleported via the manastream, but something goes awry, and they end up on the opposite side of the planet.  While that would normally be an acceptable outcome, they quickly realize that there was no way to teleport back, because the manastream where they ended up was virtually dead.

They arrive at a city in the “Outer-Pole,” and quickly discover that its nothing like their homeland.  Something called “science” is prevalent here, and it converts mana to power similar to how we use coal, and that’s how people are able to live their lives without mana.  In this town, we meet a girl who goes by the name Rune, and the rest of the story follows these three girls around as the trio tries to get their bearings, learn more about the newest addition to the group, and try to figure out how to return home. 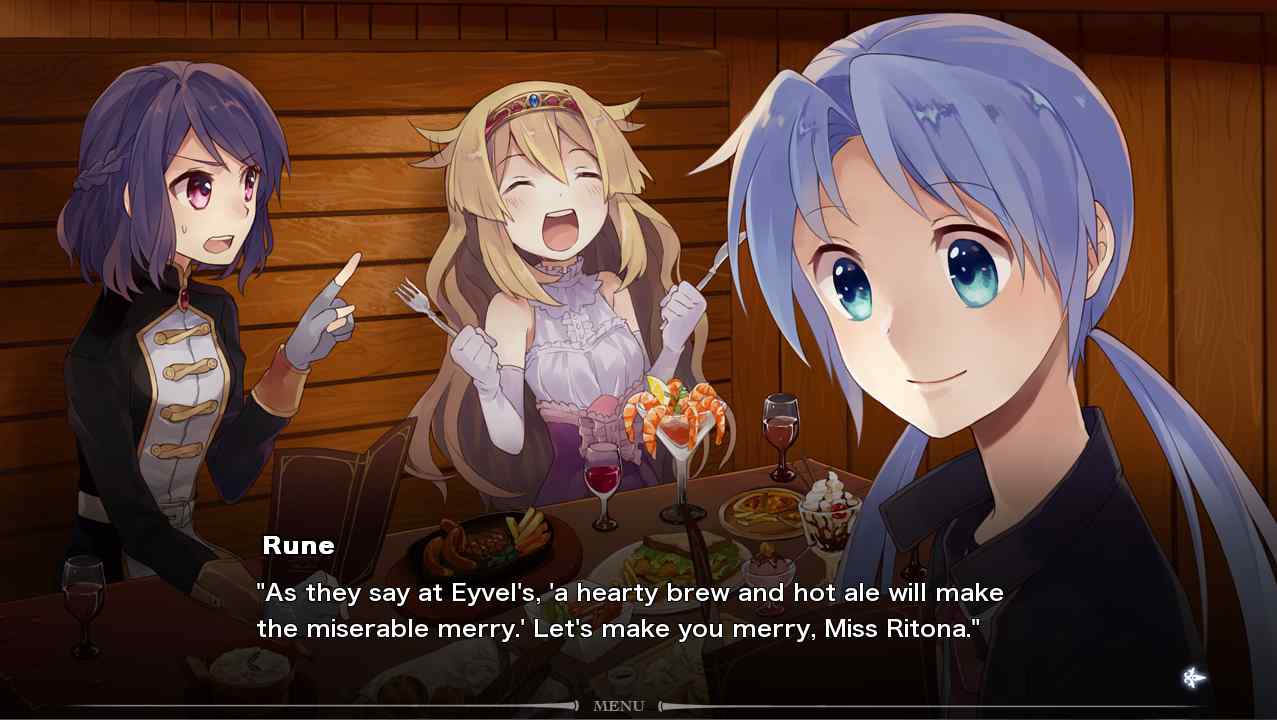 Without spoiling the story, I can say that while this game starts out surprisingly happy-go-lucky given Selphine and Ritona’s situation, it makes a huge 180 shortly after, turning very dark very quickly, and it was an amazing surprise for what I was expected to be another generic story taken directly out of an equally generic RPG.  The twists and turns might be relatively obvious to the astute reader, but they are nonetheless handled incredibly well.

Coupled with the fantastic premise for this game, the dialogue is done in a way I’ve not encountered too often.  I can’t say whether it was artistic liberty when it came to the writing, or if the original was just that good, but a lot of effort was put into making every character in the game unique, both in visuals and mannerisms when they speak.  One of the side characters speaks like your stereotypical redneck, while the prim and proper Ritona speaks very formally.  Even Rune is well-represented with her multiple forms of speech.  Unfortunately, the game is not voice-acted at all, and I feel that would have added another dimension to the characters, but as it is, the game has plenty of depth.  You even have the opportunity to read the game in it’s original Japanese language, which is a neat feature as well. 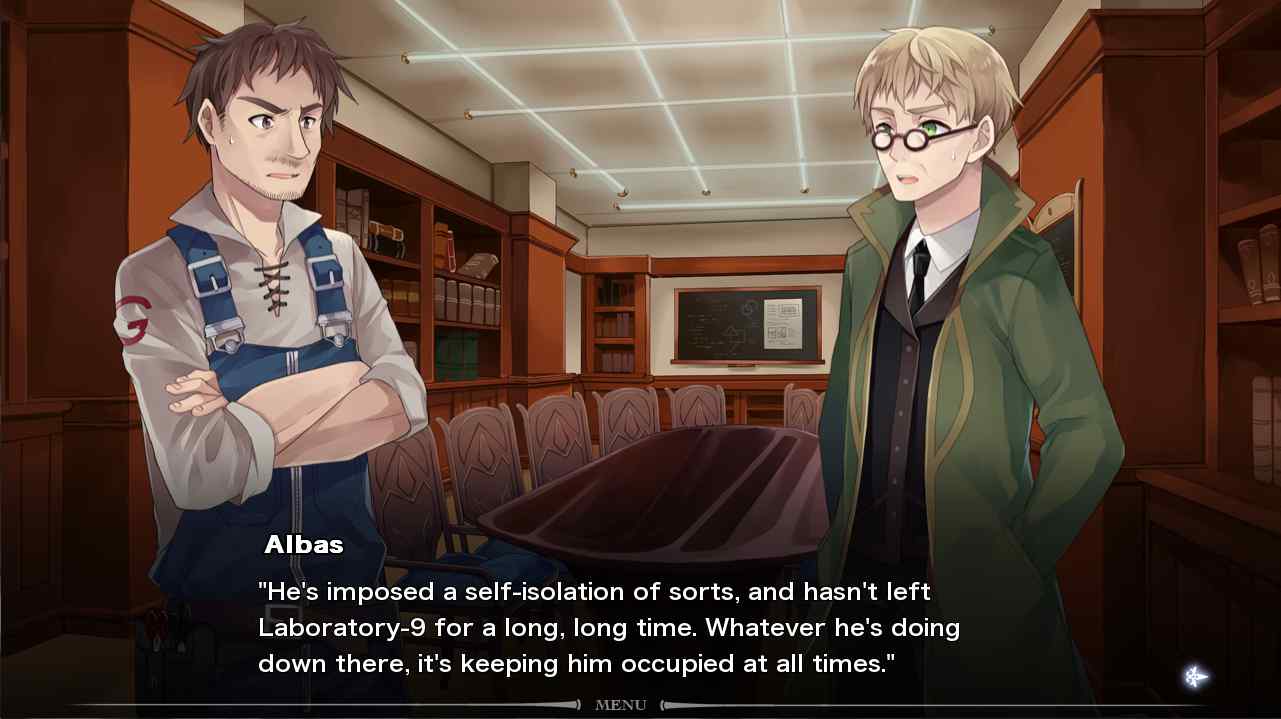 Yeah, it keeps me occupied at all times, too.  Believe me, I know.

However, the story is not without it’s faults (pun intended).  In order to induce the feels at certain points of the story, the game decides to practice something called “infodumping.”  Basically, this means that they step away from the main story to drop a lot of information on you in a short period of time.  This occurs pretty often, especially later into the story, and it easily added at least an hour to what would otherwise have been a two- or three-hour game.  While the information provided is actually really neat, especially if you’re into science and economics (if you liked Spice and Wolf, you’re going to love this game), it doesn’t serve a huge purpose, and only provides backstory that could have been explained much more simply to much the same effect.  The game also lacks a lot of action – most of it is stuffed at the beginning of the game, and while this is inevitable due to the nature of the story, I would have still liked to see more.

My other issue with the game is the art style.  While the backgrounds are very generic, they perform their jobs admirably; no, it’s the character sprites I have an issue with.  Many of the characters, especially the females (excluding the very obvious example that anybody who’s read the game will understand) seem to have a sort of deadpan expression unless they are showing extreme emotion.  I would have loved to have seen more variety in the expressions.  Ofttimes you wouldn’t even catch that there was a change in the sprite, because only the speaker’s mouth would be open, and when they were done speaking the line, it was once again closed and neutral.

Now the music – I REALLY liked the music.  Though, a word of warning, it is incredibly loud by default, so be ready to turn down your speakers.  It is filled with orchestral and piano tracks of all kinds, and many of them bring so much life to the scenes that…you may not want to turn them as far down as I’m suggesting.  I have a full speaker system, and the bass notes shook my house, and it was grand. 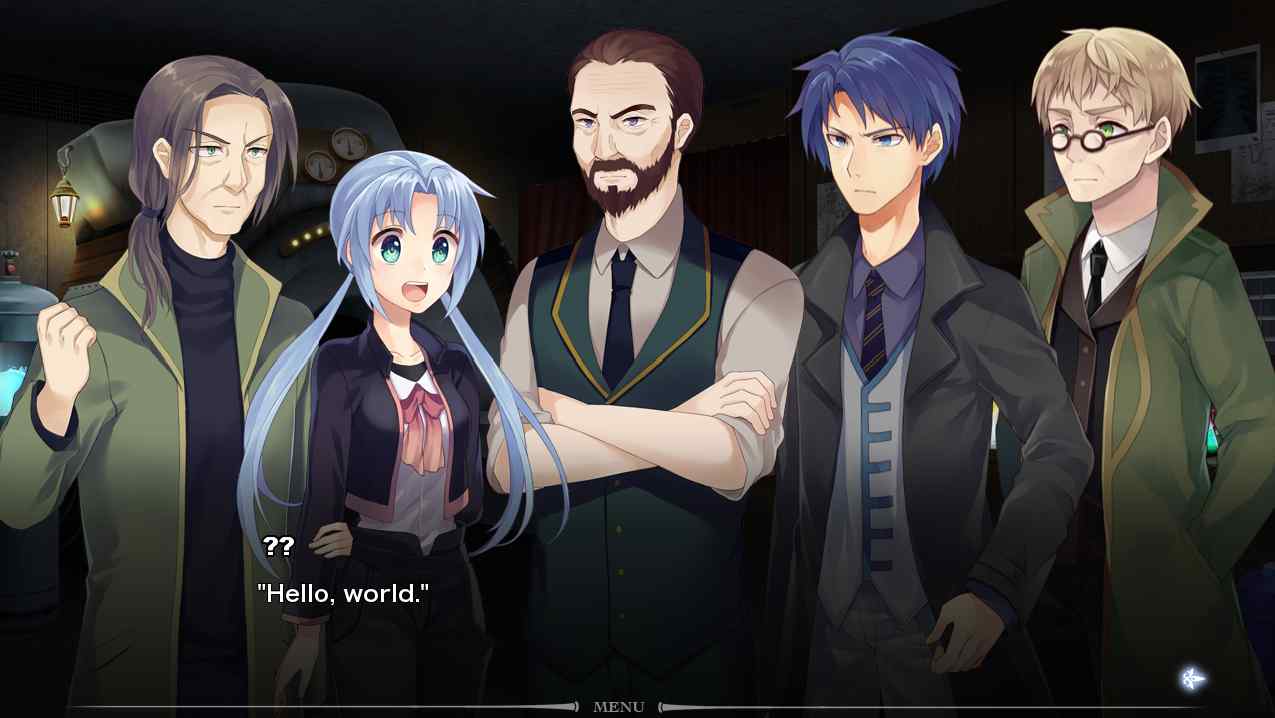 The scenario and the soundtrack to back it up make this game absolutely worth picking up.  For those who just want an amazing story without the romance, this would easily be at the top of my list of suggestions.  Yup, even with the minor issues above, it’s still that good.  It’s approximately a four-hour read, so set a night aside for it sometime, and enjoy this story of a Princess far away from home and her companions.

- I didn't help Kickstart it, because I am a terrible person