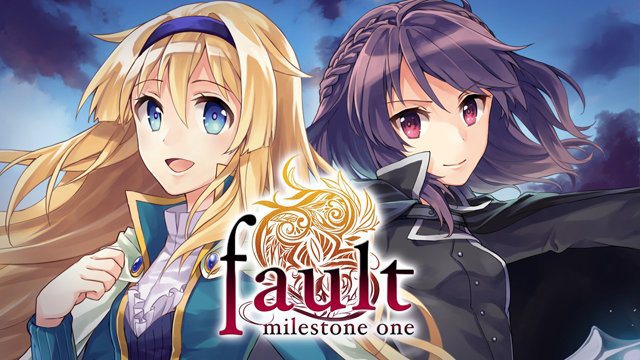 With the second entry in this episodic series of visual novels from doujin developer ALICE IN DISSONANCE due out in a few hours, I thought it was time to review this narrative-heavy science-fantasy game.

Fault Milestone One is a science-fantasy tale centering on princess Selphine and her royal guard Ritona, two makakravte from the kingdom of Rughzenhaide. We start off in the midst of a dramatic battle as hostile forces storm the castle and attempt to assassinate the princess. We don’t know what their motives are, but we do know that they aren’t at all averse to bloodshed. However, Ritona manages to whisk Selphine away, but in doing so they somehow end up far, far away from where she’d originally intended. And so their journey home begins, with their first stop along the way being the poor and mana-deficient nation of Kadia.

Firstly, this is a visual novel that’s all about the story, and that story is exposition heavy. A lot of detailed world building has gone into it, but unfortunately we are told rather than shown much of it, and most of the telling is done through either infodumps or long-winded conversations. While I really enjoyed and was interested in the…