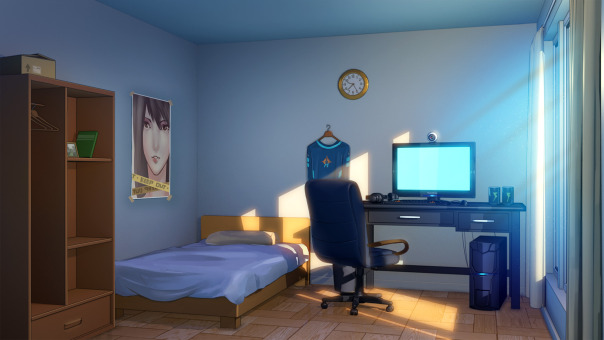 E-sports is a relatively new phenomenon in which  videogame players compete professionally. In the West thanks to the rise of YouTube and streaming sites like Twitch, the awareness for e-sports has grown.  As far back as the mid 1990’s teams or individual players have competed over games like ‘Quake’ and ‘StarCraft’. With tournaments being hosted in the USA and South Korea. More recently e-sports have become a cultural phenomenon in China with the free to play game ‘League of Legends’ taking center stage.

‘SC2VN’ is a free visual novel that looks at professional gamers in South Korea competiting over the game ‘StarCraft 2’. The game was successfully funded through Kickstarter earlier this year and is now available to download for free on Windows, Linux, and Mac.