You know those post-apocalyptic stories where the world has already ended and everybody that somehow managed to survive comes out of their wreckage to find themselves on what appears to be an alien planet?  You never really get to see those worlds before the explode and become wastelands.  Usually, the people are simply left there to die – they get no chance, no hope, nothing.  This isn’t one of those stories.  eden*, released by minori in 2009 and in English by Mangagamer earlier this year, is a kinetic novel that tells the story of the last few months of Earth, and does it in the most fantastic of ways. 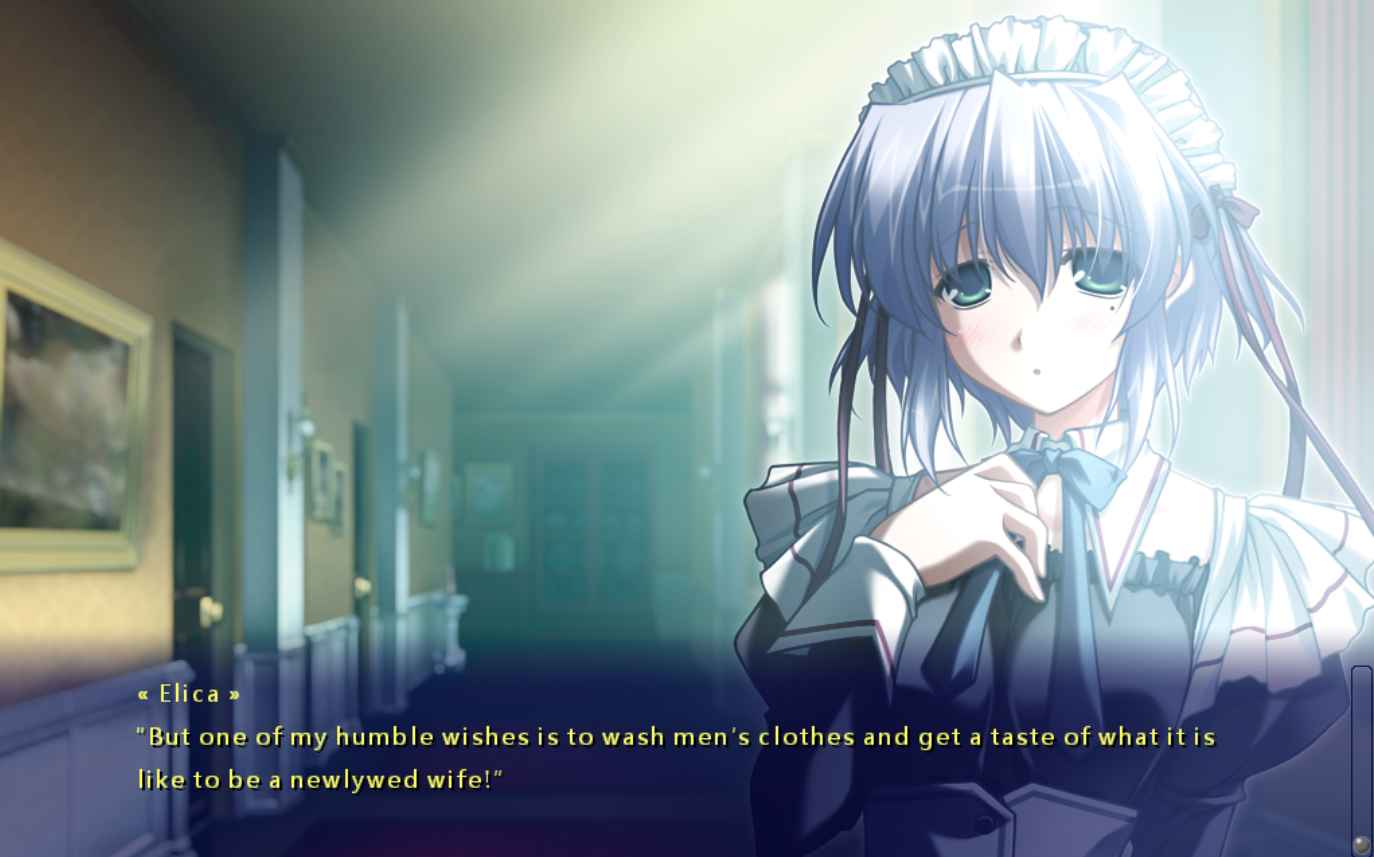 Sometime in the future, a massive red star appears in the sky, and scientists determine that it’s on a collision course with Earth, and that there’s no possible way to knock it off its path.  If they want to escape the imminent danger, they’re going to have to leave the planet.  Problem is, the initial tests failed miserably.  They needed people who were smarter, better, faster – not necessarily stronger, but you get the idea.  This prompts the creation of Felixes – modified superhumans that were able to develop a method for the entirety of mankind to escape their impending doom, and by the time this story begins, most of mankind has managed to vacate the planet.

Remaining on Earth are mostly soldiers and the Felixes they are charged with protecting.  You are in the shoes of one soldier, Haruna Ryou – a very stoic guy, and a very good soldier.  He’s the guy you’d want covering your ass.  Ryou is tasked with protecting a mansion that houses a laboratory where a specific Felix – Sion – is doing her R&D. But what’s odd about the position was that…there wasn’t really much going on.  Since most of humanity was now on spaceships going to who knows where, there weren’t any people around who could cause harm to Sion.  Or at least, that’s what everybody thought.

Eventually, Ryou and his partner, Asai Lavinia, a very cheerful woman (well, at least outside of battle), are tasked with eliminating some fellow soldiers who are apparently considered dangerous.  After successfully completing this task, Ryou meets the girl he’s protecting more or less by accident, and an interesting chain of events follows, ultimately culminating in Ryou’s reassignment as a bodyguard when Sion is set to board the last ship to leave the planet.

What follows is the aftermath of some snap decisions the pair of them made after a key event in the story. 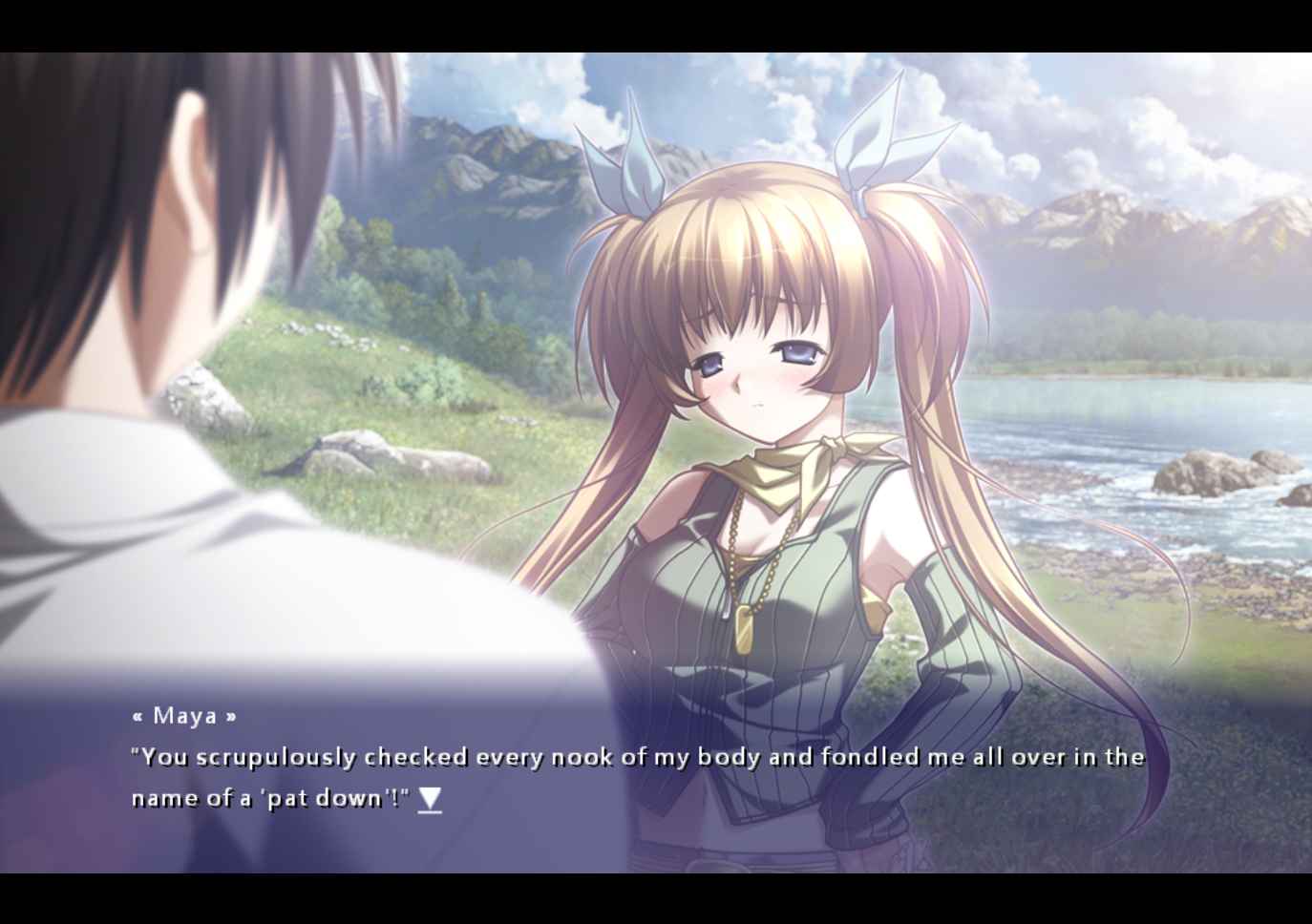 And you liked it. I don’t see a problem here.

eden* actually starts out pretty slow, and I had a rough time getting into the story, but after about an hour in I realized I was having a rough time trying to find a place to stop.  That said, once you get over that first hour hump, you’re in for an amazing ride.  Sion’s evolution as a character is fantastic, and Ryou matures into a character I actually like.

But the more important issue with the story is the inclusion of the PLUS+MOSAIC material.  While in the main storyline all it does it change a few CGs to more risque versions of themselves, the fandisk-style H-Scenes are added via a choice at the main menu.  They are literally tacked on like the bonus scenes in Dengeki Stryker.  While the scenes themselves were decent, I’ve never really been a fan of scenes that don’t fit in with the story.  I understand that that is what fandisks are for, and I appreciate that, but PLUS+MOSAIC is not a fandisk from the information I’ve gathered.  Maybe I’m wrong, but I can’t find anything that tells me otherwise.

Now, what I did like was the addition of the lip sync feature.  I’ve started to notice this a lot more lately, but adding lip sync to VNs, especially when you leave the game on “Auto,” add another layer of depth to the game.  It isn’t just a static character sprite that’s just sitting there, it’s moving along with the words it’s speaking.  Nice touch. 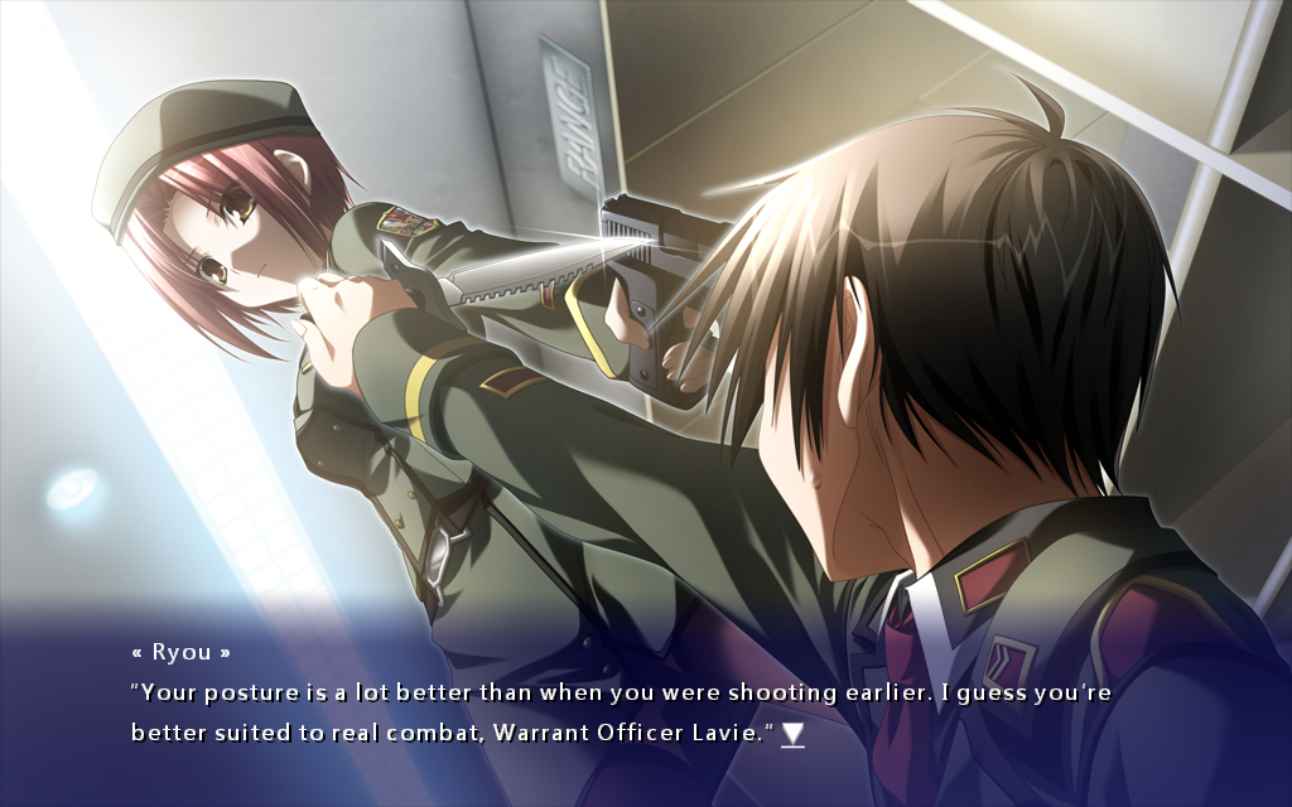 Funny how things tend to click when your life is threatened, eh?

The artwork is also beautiful in this game, especially the backgrounds.  The characters are all well-designed, and are voiced by fantastic voice actresses (Gotou Mai anybody?).  Ryou is also fully voiced, stepping away from the “everybody but the protagonist is voiced” mentality many VNs hold.  The H-Scenes show no sign of quality loss, so at least you aren’t paying for crappy extra scenes.

I found the soundtrack to be a bit on the mediocre side.  It’s mostly piano and synthesized instruments, and very little was done to try to mask that, so the result is rather bland.  Most of the piano tracks were “nice,” but nothing in particular stood out.  That is, except for the OP, which was also beautifully animated.  Definitely watch the Youtube video at the top of this review – it’s fantastic.

As for eden* itself, the game is wonderful, and is definitely worth playing.  It’s a great end-of-the-world story with plenty of exciting twists to keep you reading until the very end.  I would highly recommend you play the All-Ages version rather than the 18+ if you’re looking for a great story, I simply can’t justify the extra material unless you really want the H-Scenes.

Pick up the 18+ version from Mangagamer here. 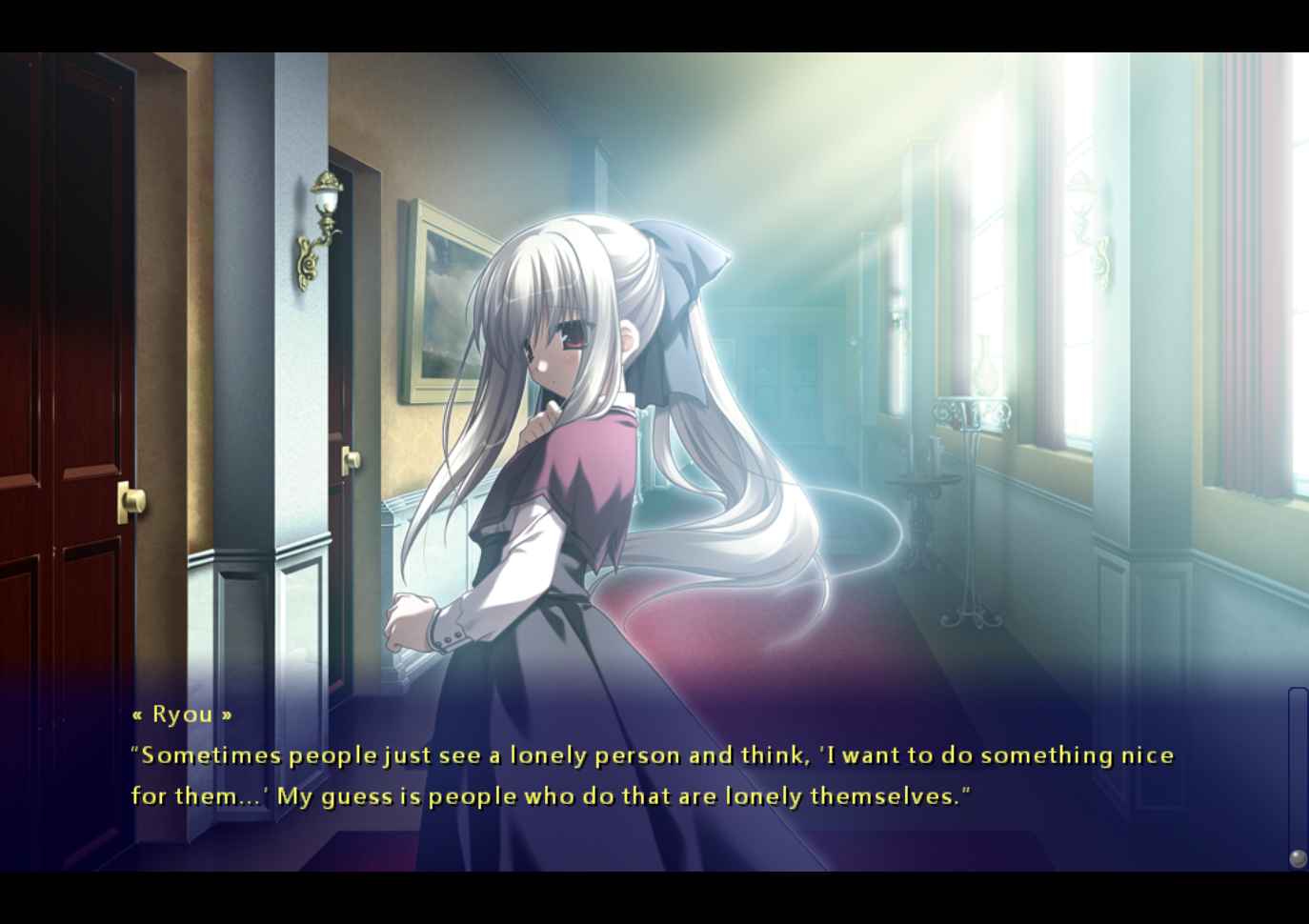 It’s scary how accurate that statement is.