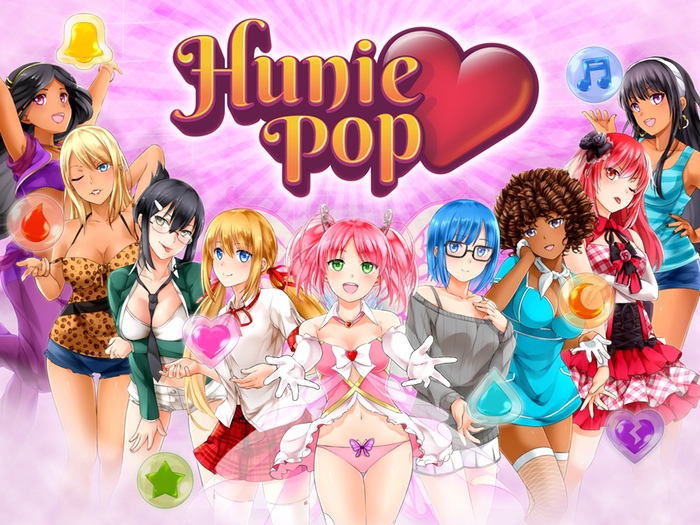 The second review of my “PuzzleVN” block is a title that needs no introduction:  HuniePop.  Released at the beginning of 2015, HuniePop is the Dating Sim that has been the source of a lot of controversy as of late.  Twitch has banned it entirely from its website, Steam got a censored version that stirred up all sorts of anger from that crowd, and MangaGamer and Humble Bundle (quite the combination of companies) have the uncensored version.  But is the game really worth all the hype?

Short answer – it’s the pornographic version of Candy Crush.  Addictive as hell, but has a few shortcomings.

So the story here is pulled from a generic nukige plot.  One day, a “Sex Fairy” arrives at your house and tells you she is going to help you out with your sex life.  Why?  Don’t worry about that.  That’s not your problem.  She’s going to help your male (or female!) character get laid – that’s all you need to know.  In order to do this she forces you to go out on the town, and you meet most of your future romance options.  In order to gain “hearts” – which show how far you’ve gotten with a specific girl – you must take them on dates.  When their heart meter is full, you can take them out at night, and if that date is successful (more on that in a bit), you take them home and enjoy a little bit of sexy fun time.

By taking these girls on dates, you get cash that can be exchanged for gifts, food, and booze, all of which have varying effects with each girl.  These items, in turn, provide you with a different sort of currency that allows you to improve your chances of having successful dates in the future.  The dates themselves take the form of match-3 puzzles where you must reach a specific goal in a specific number of turns.  Each icon is valued different for each girl.  Some women prefer the romantic type, whereas others may prefer the creative types, and the amount of points each match of their preferred trait is much higher than any other.  As the game progresses, the numbers gradually increase to the point where you need hundreds of thousands of points for a successful date.  The puzzles are rather addictive, and some require a LOT of planning in order to succeed. 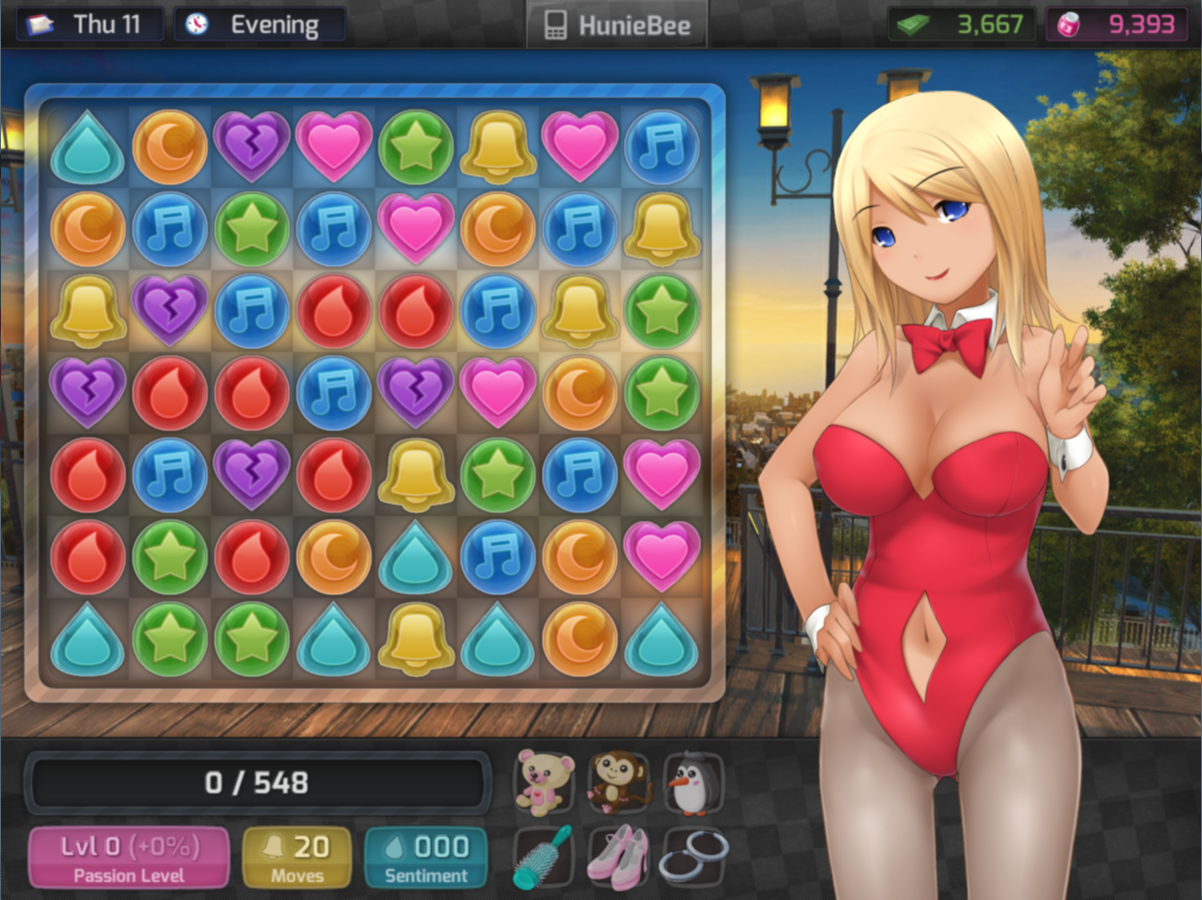 However, this simplicity does eventually backfire.  This game really doesn’t have an “end,” per se.  There’s no credits roll (or at least, not one I could figure out how to obtain), nor ending scene other than “Hey you did it, here’s endless mode.”  I was hoping for some sort of closure with the game, followed by that endless mode.  I also wasn’t terribly fond of the soundtrack.  I ended up substituting my own sexy jazz for the background music – much more exciting.

On the other hand, though, there’s a lot going for this game:  It’s fully voiced, and the dialogue is racy as hell.  Nothing is held back in terms of content (the language would make sailors blush, and it’s hilarious).  In the uncensored version, you can unlock H-CG, so you get to have your cake AND eat it.  In total, there’s around 50 CG, and you get them as you progress with each girl, so there’s no way to miss them if you’re going for them.  The artwork is also clean, and oftentimes leaves very little to the imagination. 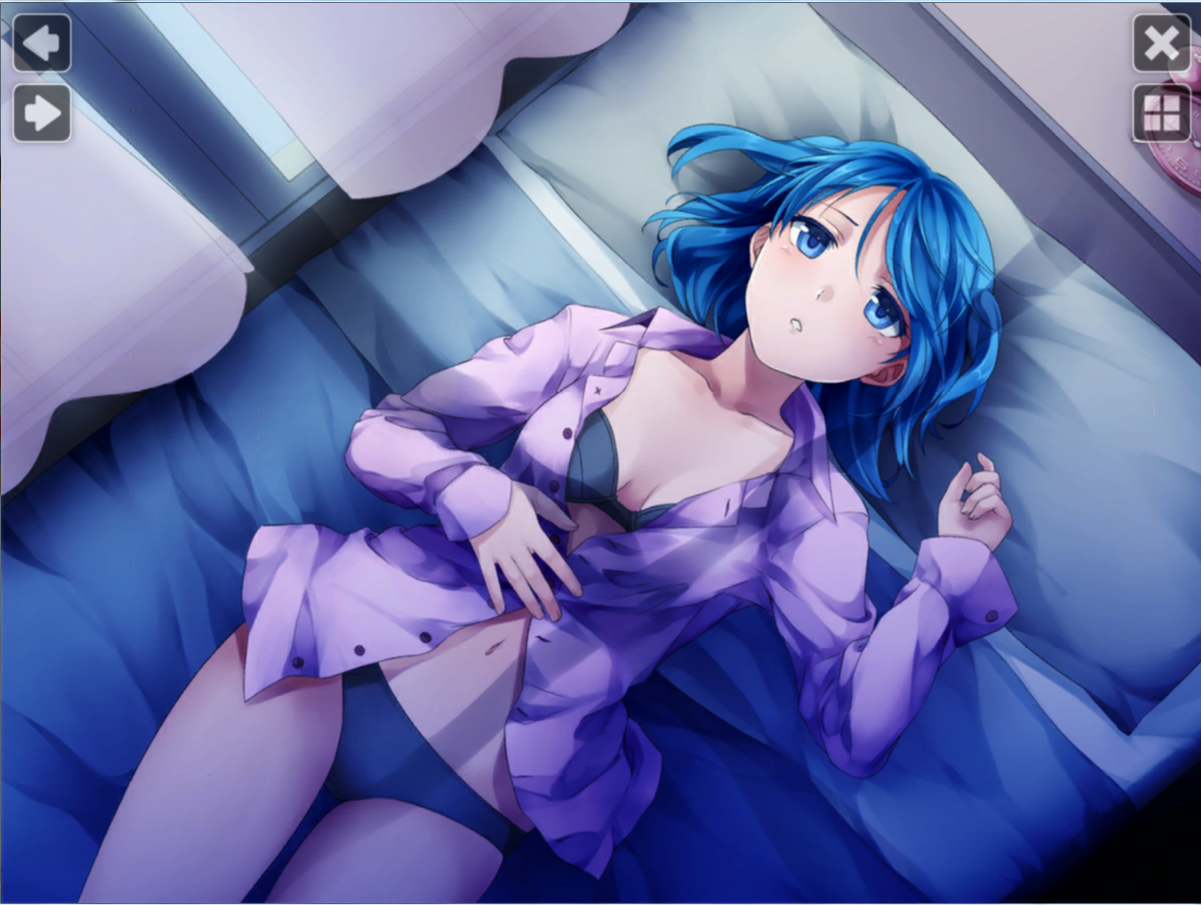 You can’t sleep either, huh? I know a remedy for that…

Overall, this game was addictive.  I think I dropped around 20 hours 100%’ing this game – probably longer than what’s needed, but hey, I had fun.  You probably will, too, especially if you like matching games similar to this title.  It’s worth picking up – though I would be remiss to not suggest grabbing the 18+ version.  There’s an All-Ages version (I’ve never tried it to know the difference, though my assumption is that it just cuts all of the H-CG and/or cleans up the risque ones) available on Steam as well, if you’re interested in that.  Be sure to pick it up!

I have one more game on the Puzzle VN block, but it’s going to be on the backburner for a while.  If you have any suggestions for titles for this block, let me know on the Fuwanovel forums, or on Twitter @JRyechuR ! 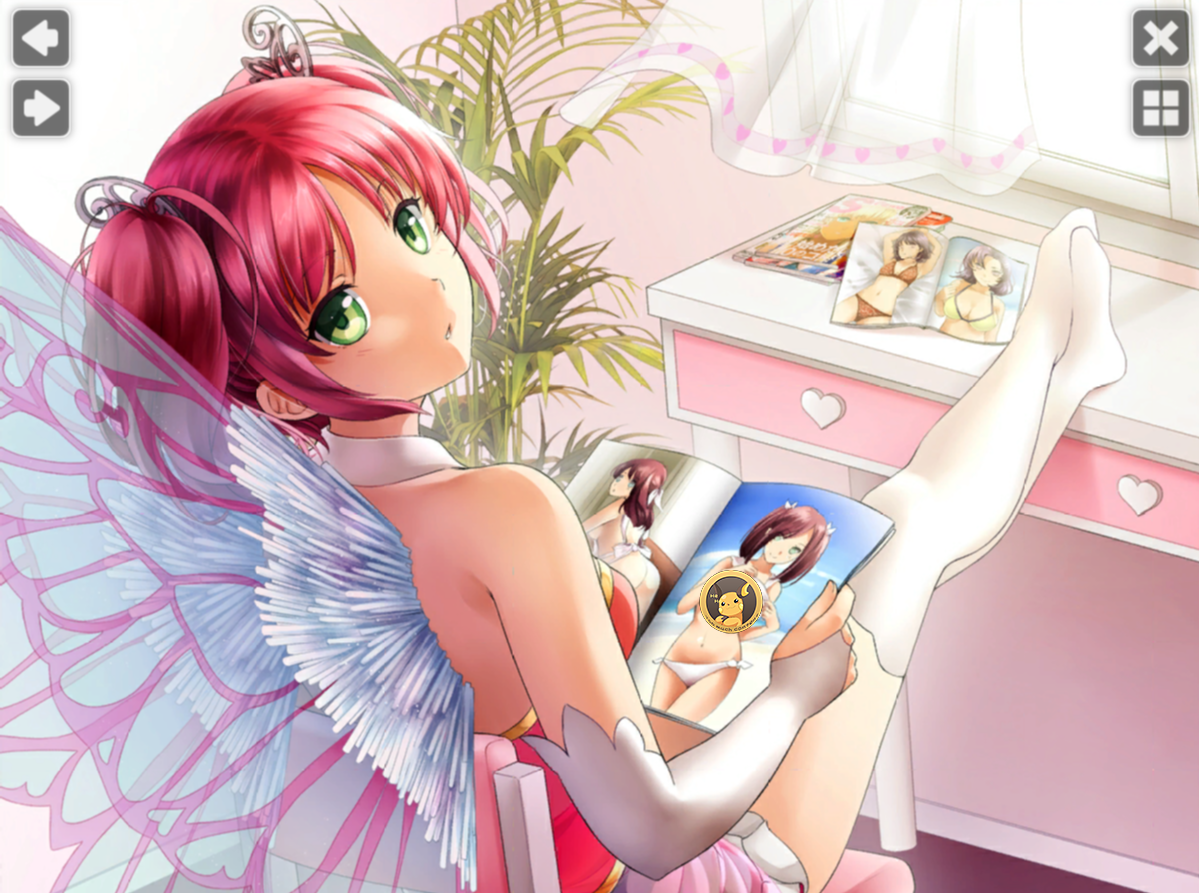