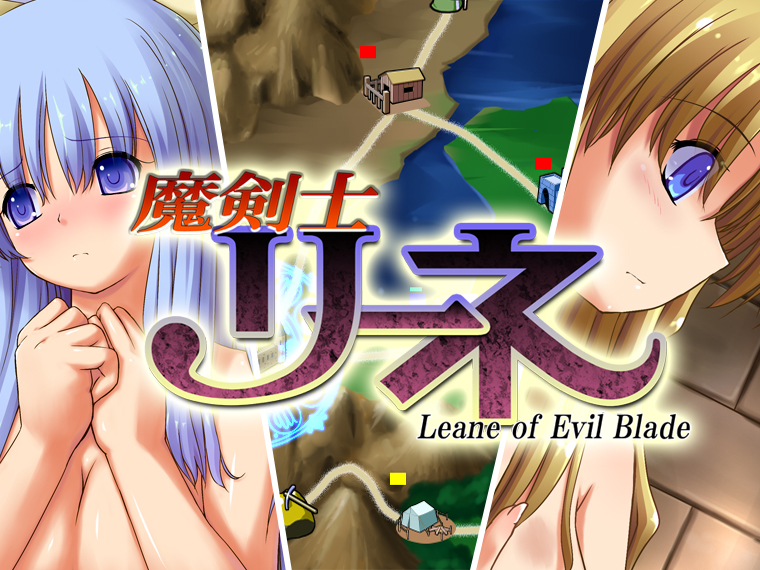 I came across this Japanese-language title while scrounging around for gameplay titles with defeat rape. I found the concept of defeat NTR intriguing, so I gave the game a spin.

The game’s “prologue” spans almost half the game’s length (~20hrs total) , and manages to tell a reasonably interesting tale of a broken nation’s struggle against a brutal and militaristic empire. It starts off with a cliched love story between a knight commander (the protagonist) and his foster father’s daughter, but it’s spiced by twists and turns and political intrigue. The protagonist is cliche to the extreme, but it works because fate isn’t always on his side, and his naivety often works to his disadvantage. The characters are mostly standard cookie cutter stereotypes. The plot twists are believable despite the shallow setting and characterization, and they are what keeps the story interesting. The prologue also serves as a tutorial for the battle system.

Once the prologue is over, the map opens up and the player is free to begin conquest, with the eventual goal of toppling the empire. Movement takes place in real time, but combat consists of turn-based one-on-one battles. The combat is fairly simple: the player that has a larger army and higher base stats wins. The general can use skills that can affect the course of battle, but simply speaking the side with the most resources to buy soldiers wins (I played on Platinum difficulty). As such, the best strategy is to quickly zerg resources and upgrade your units. For the most part enemies play by the same resource rules, so depriving them of resources early on makes the mid game a bit easier. Clearing the map took me somewhere between 10-15 hours.

If you play your cards right, the hero prevails and ends up with his favored heroine. Let your heroines fall into the hands of the empire, and after a period of time they’ll get NTR’d. There are also mini-events sprinkled about like landmines that can get a heroine or two NTR’d if you take a wrong step.

The story and gameplay are simple but entertaining. For a doujin group, the quality is impressive, but the production values don’t match up to heavy hitters like Eushully and Alicesoft. This is a basically a niche title for those who are tickled by the defeat NTR gimmick, and that’s the audience this game should satisfy. If you discount the abundant avoidable NTR content, the ratio of sexual content is actually quite low.

The developer Makura Cover Soft is working on a sequel that should be coming out this year, and looks like more of the same but on a bigger scale: more nations, more heroines, and some added systems. I liked how this game took a cliche JRPG plot and mellowed the sickly sweet moe with the threat of bitter NTR, so I’ll probably check it out when it’s released.

Score: 7/10 (Good)
Recommended for fans of simple strategy gameplay who are interested in defeat NTR.