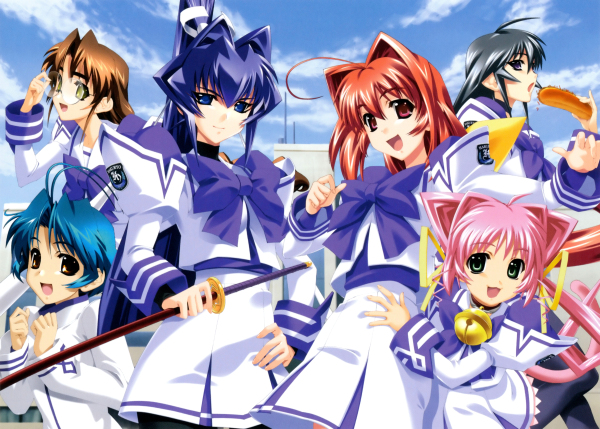 Muv-Luv Alternative: Total Eclispe is based off a series of visual novels . Since I didn’t have 100+ hours to invest into the visual novels I instead opted to try the Muv-Luv Unlimited and Alternative mangas to gain the back story. It did not go well. Unlimited is completely obfuscated to newcomers, and the Muv-Luv Alternative manga isn’t much better. Alternative is technically the prelude to the anime but it requires you to have played the visual novel to understand the characters since they are actually taken from an alternate Universe. Fortunately the anime doesn’t expect you to understand the source material its based on so you can easily just ignore it.

The anime begins with a great deal of promise. Cutting between the past where humanity battles the alien threat known as the ‘BETA’ on the moon to the present where a group of young women are training to pilot Mechas. There is a real sense of menace as Cities evacuate before an invasion and soldiers are eaten alive on the front lines. Impromptu leader Takamura endures a bloody battle with the BETA which leaves her traumatised.

Unfortunately this arc of the story doesn’t last. We are…