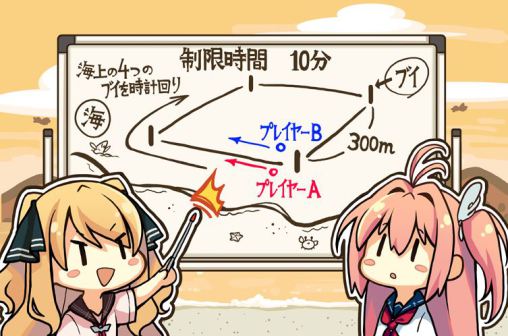 So I’m gonna try to give this blog more use than just posting translations, because those aren’t exactly frequent and I kinda want to write more stuff here.
So yeah, I might write my impressions on VNs I read in here.

Ao no Kanata no Four Rhythm is a VN that was released on November 2014, made by the same people who worked on Koi to Senkyo to Chocolate.
Aokana feels kind of special among VNs in that the plot focuses on a sport, something you don’t see very often so it made for a nice change of pace from the usual, well, sort of.

The plot is basically that science discovered a way to make small objects, like people, fly using anti-gravity, leading to the development of the Anti-Graviton Shoes or GravShoes, among other things. With the developent of the GravShoes, people invented a new sport, “Flying Circus” (FC).
The protagonist, Hinata Masaya was an FC genius with a bright future ahead of him until a traumatizing event he suffered as a kid that made him bitter and stop playing.
Now when he’s in high school,…