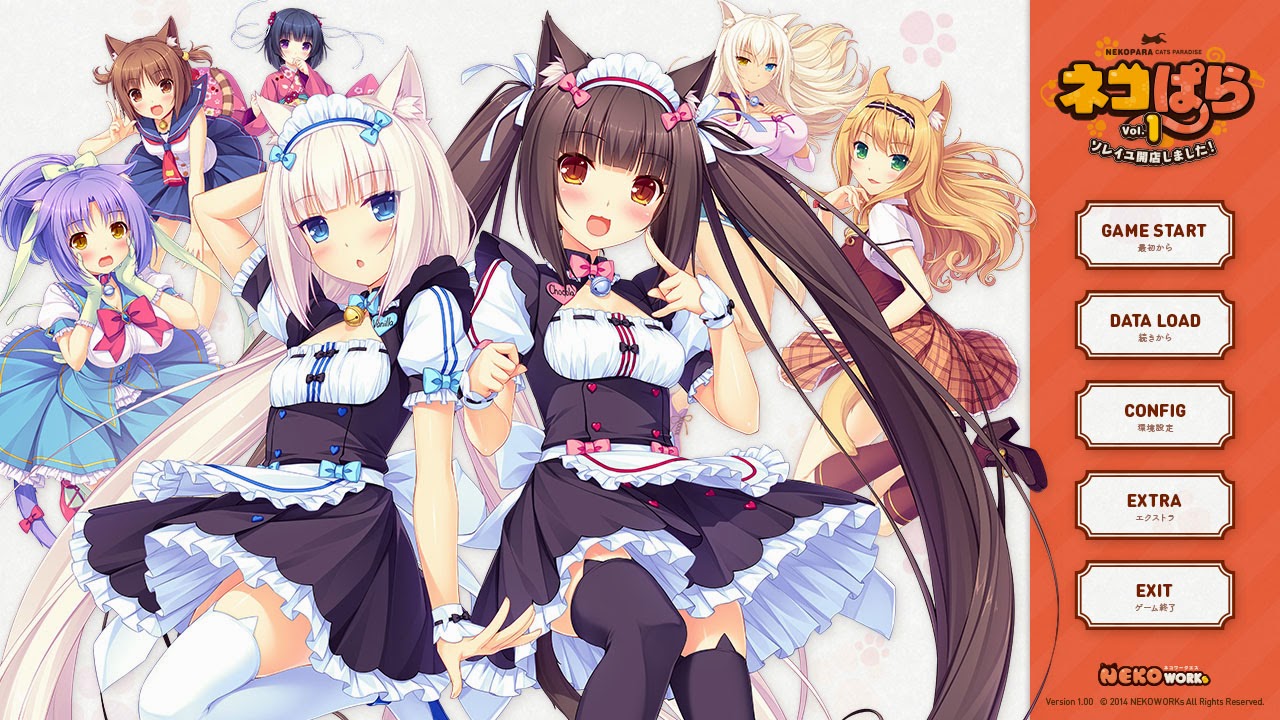 Minazuki Kashou, the son of a long line of Japanese confection makers, one day decides to move out of his home in order to pursue his life-long dream of becoming a patisserie and opens up a western style bakery named “La Soleil”. Thinking he had shed his old life and family, Kashou one day comes upon two mysterious packages as he begins to prep his bakery for opening day. To his amazement, inside the boxes were two of his families catgirls, the twins Vanilla and Chocola, who had secretly stowed themselves away during his move. At first, Kashou tries to convince them to go back home, but eventually the pair breaks him down into allowing them to stay. Thus, our protagonist opens up his new bakery with Vanilla and Chocola as La Soleil’s poster catgirls.
You can read the full review over at Lewdgamer
Click here to purchase the adult edition of NEKOPARA vol.1