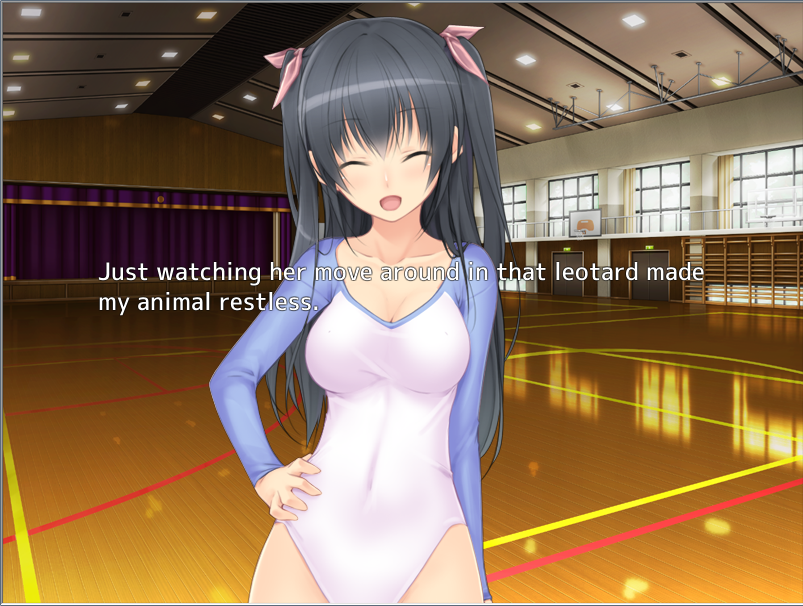 Welcome to Ryechu’s Nukige Corner, where I introduce you to Nukige titles you may not have heard of before.  For those who aren’t in the know, the term “nukige” refers to games that focus solely on sexual content.  The plots of these games serve only to set the scene for the H-Scenes.  If these types of games are of interest to you, read on!

Originally released in 2012 by Appetite, and brought to the English market by Mangagamer late in 2014, 兄妹秘哀 ～イヤなのに、カンじちゃう～, renamed The Secret Sorrow of the Siblings, is a fetish nukige about a set of twins and their younger sister.  But is the game as good as the hype surrounding it?

Incest, blackmail, and plenty of sex abound in this title.  And all-in-all, it’s pretty good.

Warning:  As with many of Ryechu’s Nukige Corner’s reviews, this review is NOT SAFE FOR WORK.  You have been warned.

Ootori Kaito is, as usual, sitting at his computer late into the night.  Nothing new on that front.  When he finally decides to take his headset off and head for bed, he notices that his brother is still awake – uncommon for him, as he is a member of the baseball team, and they are close to the Championships.  Kaito decides to see what’s up, and ends up witnessing his younger sister, Arisa, fellating his twin brother.  He watches for a bit longer, until the two make some comments he finds to be infuriating.  Then, he masterminds a plan, returns to his room, and comes back with a smartphone.

The next day, Kaito calls his sister to the rooftop of their school, which he conveniently has a key for.  He then reveals the video he took, and tells Arisa that if she doesn’t want the video going public, she’s going to become his slave until their brother is finished with the baseball season.  She reluctantly agrees.  From that point, Kaito slowly trains his younger sister in the ways of sex.

This is a classic mind break via blackmail story, and it follows a very formulaic layout.  For a nukige, the scenes flow pretty well, and aren’t just randomly pieced together.  They start rather plain, quickly progress into very risky acts, finally culminating in the one thing everybody expects.  There are multiple sets of options, but instead of you having to think about what the right choices are to get the perfect end, the game does this:

I really like the art style.  It’s not overdone, and there are a lot of subtle details that were not skipped.  The backgrounds themselves are crisp and do not draw away from the main action.  The sex scenes are believable, and not insanely over-the-top.  The background music is okay, but I had to turn it nearly all the way down.  It’s very bass-y, and doesn’t fit the mood in the slightest.

Arisa is voiced, but there was a problem I had here.  By default, Arisa will continue to do a moan loop during unvoiced lines, including after climax.  While the moans differ by scene, It’s.  The. Same. Exact. Moan. Loop.  Even after the sex is complete, it’s the same loop.  As far as I can tell there is not an option to turn that off, but you can quiet it by turning on the “Click to stop voices” option.  It gets annoying very quickly.

The second problem I had was the complete lack of editing or QC.  Expect many misspelled words, plenty of lines that at first glance make sense, but actually reading the line will reveal they are not worded properly.  Expect doubled lines – the same line back to back, as if the copy/paste feature was abused.  I recall at least two instances of that, which is awful.  Mangagamer’s lack of quality control is evident with this release.  I wonder if they’d hire me – I’d work for super cheap.  Hell, if it’s a genre I like (and this is certainly right up my alley), I’d do it for free.

If you can deal with those problems, The Secret Sorrow of the Siblings is a good read.  There are a total of 12 H-Scenes spanning roughly two hours.  Right now it’s available on Mangagamer (Here, obviously NSFW) for $14.99.  It’s a bit steep, but if you liked the previous Appetite titles they have brought over, this one will certainly be good to add to your collection.

- Lacks a lot of editing polish