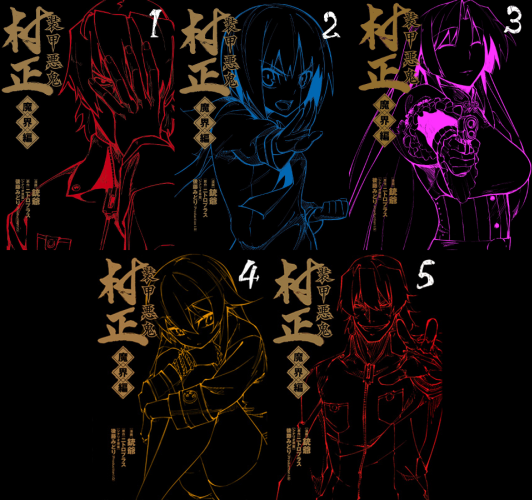 After having read through the other two Muramasa manga adaptations (that is, Eiyuu-hen and Minagoroshi), I couldn’t help but feel a strong urge to check out the third adaptation as well — Makai-hen, being the biggest and most ambitious of the bunch, spanning over five whole volumes, was particularly exciting to me as a Muramasa fan, seeing how its storyline takes place *after* the VN’s true end.

Speaking of which, there are some things I have to mention in advance. First, there will be spoilers for the VN, naturally. This manga is a sequel, so I fully expect you to be familiar with the VN’s storyline, as well as that of Re:Blade Arts (in the Janen-hen fandisc), considering Makai-hen is basically a story showing the events that eventually lead up to Re:Blade Arts. But more on that later. The other thing is that this post will include some major spoilers when I come to discussing certain elements of the manga’s plot — I’ll give a clear warning before the paragraphs in question.

So I’m assuming we all remember how Full Metal Daemon Muramasa ended. Kageaki found his destined path and decided to become, in essence, the…