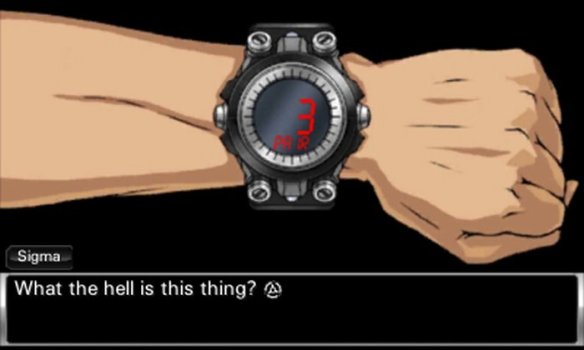 I played the original 999: Nine Hours, Nine Persons, Nine Doors on the DS many years ago, and, like so many others, I remember loving its true ending quite a bit. So now here’s the sequel, where all your burning questions will be answered — or not. But more on that later.

If you’re not quite familiar with how VLR starts off, it’s actually a lot like its predecessor. One year after the events of the original 999, nine people are once again abducted by a mysterious masked person known as Zero, and in order to escape, they have to solve a variety of puzzles in an abandoned facility or be trapped in there forever (or die).They have to accumulate nine points and open the mysterious door labeled with the number nine, through which they can escape — and in order to get enough points, they have to play a game of trust and betrayal: this is a change from the previous game. So obviously this results in plenty of drama, accusations and mistrust along the way, but I won’t go into details.

Why were you abducted? Who are these other eight people? Were they randomly selected and abducted, or is there a special meaning to their presence? Is this really just a game of survival, or something much, much more? Well, if you’ve played 999 you know there’s usually more to the Nonary Game than meets the eye, and this is no different in VLR, but I’ll let you figure that one out by playing it yourself. The game, by the way, was written and directed by Kotaro Uchikoshi, who was also responsible for the Infinity series (Ever17, etc.), and while I haven’t read those, I’m told they’re fairly similar — so I guess if you enjoyed those VNs, you might like this series as well.