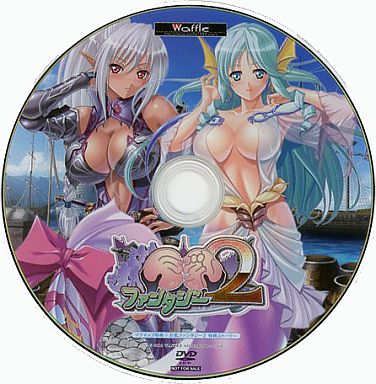 Well it may be very belated (it’s still January though) but a Happy New Year to all, and seeing as it’s a new year what better a way to open it than with a review of an entry in what I now consider one of my favorite eroge series: Waffle’s Kyonyuu Fantasy series…. No, sorry it’s not Gaiden 2…or Majou, I still need to finish those. I’m talking about a little extra story that many of you probably haven’t even heard of : Kyonyuu Fantasy 2 Tokuten Story, released on July 25, 2012. As for why many of you probably haven’t heard of it, that’ll take some explaining…as well as why it’s such a shame this little story is so obscure.

Pros: Very good short story, Lorelia has some good moments, kind of fixes some issues I had with the main game’s true route story, Zebia.

Cons: Not available legally to very many people, the gnoll squad isn’t in this, neither is Nadine, only two ero scenes.

WTF?!: If a guy’s married to a badass dark elf swordswoman and a mermaid, it’s probably a good idea not to piss either wife off…

The story for this nice…