While everyone is busy with Kan Colle, the one who keeps his eye on the true ingenuity – Edgard Colle – remains to be only your writer, warum. 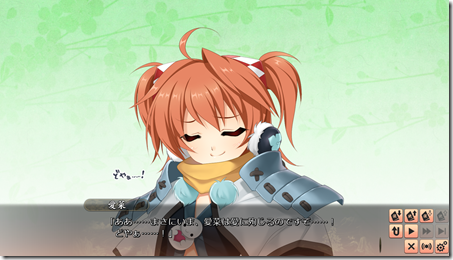 Making everyone your waifu

Unite the warring states with love!

from swordsmanship to ninjutsu

The plot is linear, separated into chapters that roughly follow the events of Oda Nobunaga. At the end of each chapter, you get to explore side stories revolving around the individual characters (or groups) and, ofcourse, ichaicha time with said heroine(s).

I think most of the fans can agree that the problem with Sengoku/Musou games is the amount of characters crowd out character depths at times.

While I wont say the characters in Sengoku Koihime are as multidimensional as those characters appearing in SHAFT anime, I feel BaseSon does a pretty good job at making their characters likable, relatable, and (ultimately) more Moe than alot of the other Sengoku/Musou competitors (for example gesen18). And they’ve been pretty consistent in this regard, which I think is why they’ve retained their fanbase and user confidence when it comes to this particular genre (genderbending, harem chara-ge).

Sengoku Koihime stands out to me amongst the other Baseson projects. The biggest change they’ve made is making the protagonist alot more active than in previous games (disclaimer: only played Koihime Musou and Tenka Gomen, none of the expansions(?)). This doesn’t mean much, but it does make the protagonist alot more likable and make the subsequent wooing much more believable (though still to a point where you have to wonder if the guy is just a pheromone spreading machine!).

Having said so, I think there are places where the protagonist’s action have been overly glorified/praised. Maybe they should also cut down on the “Tenka’s number one gigolo” joke a little. But overall I find Kensuke to be an enjoyable character that meshes well with the Sengoku crew without losing out on his own personality.

While it’s hard to say the heroines aren’t pigeon-holed into archetypes as to not overlap(some subheroines are even distinguished only by the suffix they add to the end of sentence), the side stories do prevent them from becoming completely generic. One of my favourite pair, Hiyoko and Koro, happened to be unfortunate enough to not have a lasting significance in the main story. Yet it is probably Koro’s story about her infiltration success via strange accent that’ll keep me remembering her from say another Hachisuka Masakatsu clone.

Music-wise, I was fairly impressed. I’ve always thought slow rock blended well with Sengoku melody (source Sengoku Rance xD), and there were quite a few tracks of those which gives the battles that much more flair to their grandiosity.

My speculation (read:wish) for Sengoku Koihime:

Has to be a FD or sequel, the whole Aoi/Ieyasu intrigue was never concluded and Kensuke has yet to return back to his home world. Ayana/Tadakatsu (and Kayo/Konami) got ALOT of screentime in her monkey suit, I might be reading too much into it but I assume this will build up to something of importance come the finale regarding Aoi.

And in it the return of Louise, and return of the Oni. For all the suspense they’ve built up in the storyFull Animation Opening Movie, the Oni really didn’t put up much of a fight.

Finally, 18+ version. So much implied sex, so much SO-I-NE/after act, stop teasing us BasedSon. 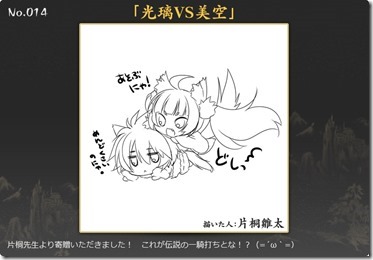 PS: If anyone from vndb could fix the protagonist name, I think it’s Kensuke!