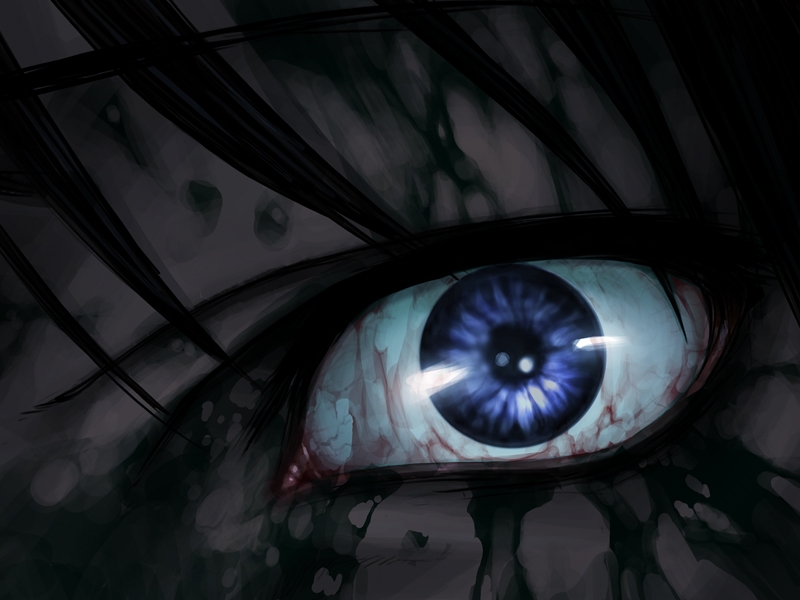 I meant to review this for Halloween as I thought it would be fitting, but it’s now been delayed so long that it’s already the Christmas season. Maybe not such an appropriate time, but nevertheless I want to write about this little gem.

I loved Saya no Uta’s story. It’s clearly influenced by Lovecraft, drawing heavily on the Cthulhu mythos which is a favourite of mine. Fumihara awakens from an operation to save his life after an accident to find that his worldview has completely altered. Into this waking nightmare comes Saya, the only glimmer of beauty in his grisly world. Saya no Uta explores Saya’s origins and her impact on Fuminori and the world as a whole,  taking us on a trip to some very dark places indeed. There’s rape, blood, madness and tentacles, but even if those put you off I think the storytelling is strong enough to look past them to the deeper content.

There are 3 endings – one comes about halfway through and is probably the ‘happiest’ of the bunch. The other two come at the actual ‘end’ of the game, and both take the plot to very different conclusions. I couldn’t really tell you my favourite ending as they are all unique, satisfying, and make an impact. None is more weighted than the other – there is no ‘true’ end here, which is entirely appropriate for a game that plays with the possibility of alternate dimensions. There were a couple of things I wanted to learn more about, such as more about Fuminori’s operation and why it altered him to such an extent, but overall everything was wrapped up neatly.

The titular Saya is probably the most memorable character, although there are others who are also well-developed and integral to the story. Saya is both sweet and menacing; innocent and wise; caring and sadistic. She’s a great character, but I have to say I wasn’t as hooked by her as some other fans – personally, I don’t find the idea of a monster taking the form of a little girl all that interesting or shocking. Still, she and her relationship with Fuminori are at the heart of the story, and watching their strange, desperate, tragic but genuine romance unfold is fascinating. I loved to hate Fuminori – sure I felt sorry for the guy, but in the end I had a hard time empathizing with him. Probably because of Yoh. Poor Yoh.

The meat-o-licious backgrounds were great! Some of the art was very pretty although not overly detailed, with most CGs not having any background work.

Great voice acting, and beautiful music as is to be expected from Nitro+. The haunting vocal tracks especially stand out.

If you’re looking for a shorter visual novel, and are a fan of horror or darker stories, then you can’t go wrong with Saya no Uta. It’s chilling and gory, as well as being intriguing and well-written, and is a great addition to the Cthulhu mythos.