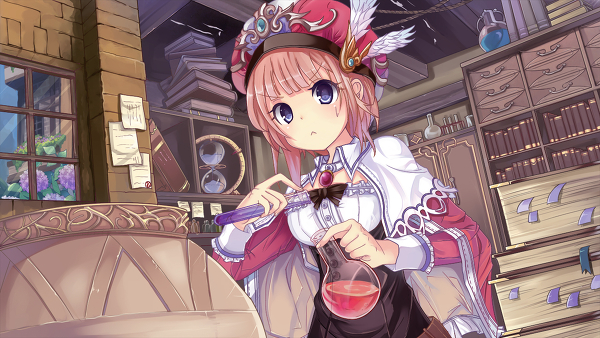 Read the full review over on Mimidoshima: みみドしま

You might have read a short interview by Kai to me (it’s the last one) and thought, “Wow, Kastel, is your definition of a visual novel that vague? Anything with text? Really? Go back to reporting Clannad Man, you noob.”

Well, I like to retract my previous stance on the definition of visual novels. Instead, I offer you this new one: Visual novels do not have a definition. #wittgenstein #tractatus #derrida #deconstruction #yolo

Moogy-heika-dono-sensei told me that, in Japan’s eyes, Touhou is considered a visual novel. “Anything that looks like an ADV is a visual novel,” he writes. And he cites EroGameScape as a source.

Think for a second.

What does this mean? Does the word “visual novel” mean anything? Is it some made-up Western categorization bullshit?

It’s true the term, “visual novels”, are coined by Japanese publishers. However, it must be noted these publishers were referring to what we now call as NVLs, any VN that has text on top of their graphics (ex. Fate/Stay Night, Kira Kira, Umineko).

Today, Japanese VN players don’t give a shit about the word. There is, in fact, no distinction between the medium and video games. EGS thinks Disgaea is a visual&hellip;

Read the full review over on Mimidoshima: みみドしま