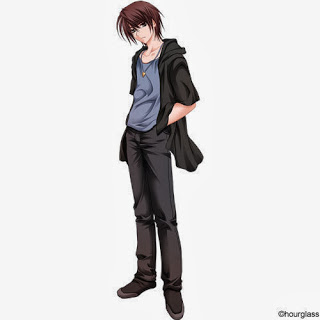 Insai no Shima ~Chi to Hakudaku no Nie~

Having covered zombies, psychotic killers, and aliens this Halloween how about a look at something featuring some of the more classic monsters? Our next review hails from Hourglass, released on December 12, 2010: Insai no Shima ~Chi to Hakudaku no Nie~. Featuring in this game are vampires, a werewolf, a giant ape (King Kong or Big Foot take your pick), and…a giant multi-tentacled pink worm…okay, three out of four isn’t bad.

WTF?!: Who knew after Gilligan and co. left the island monsters would move in?

Insai no Shima tells the story of a small group of friends who decide to visit the island of Karasujima, a small island long since deserted after a devastating earthquake many years ago. Among them is our main character, Shinji Takeda, a boy with the ability to see glimpses of the future in his dreams. Lately Shinji has been having a series of…