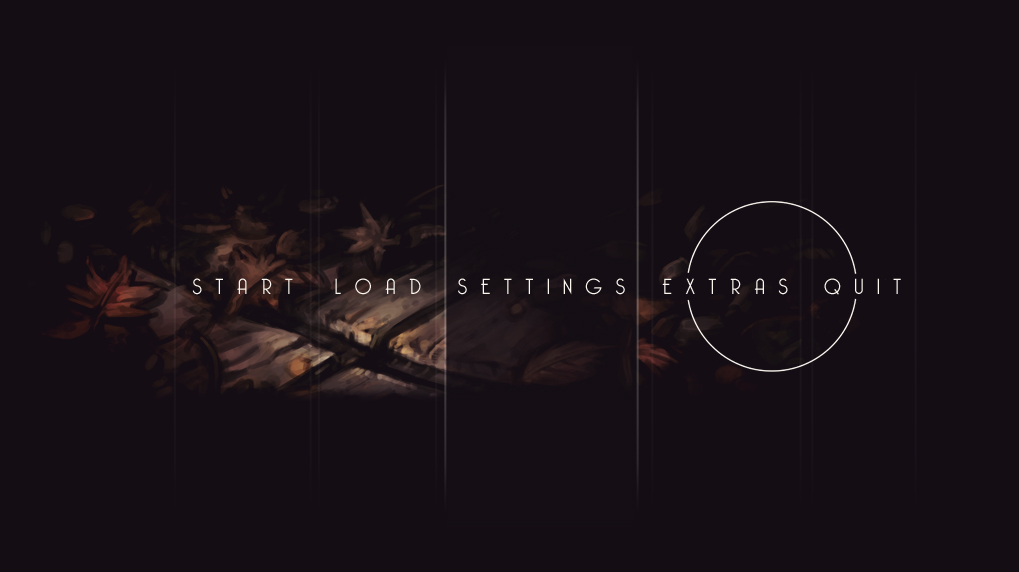 One autumn morning a young boy lost in a silent, abandoned town stumbles across a female demon, or fiend, sitting alone by a fire. Through this accidental encounter, both the boy and demon’s life are drastically changed forever.  This is a story of dual perspectives; Of the boy and the demon.
Juniper’s Knot is a free, short kinetic novel by Dischan. Due to having only one ending and no choices, I will refer to it as a novel in my review. 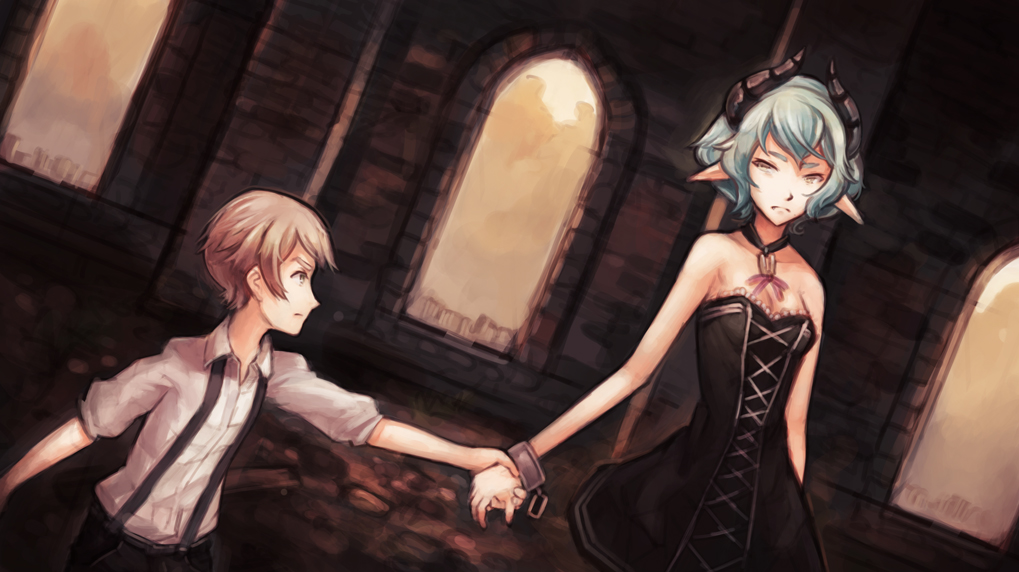 This novel tells the tale of two characters who have no name; Of a boy and a demon. The boy, who became lost in travels, stumbles upon the demon in the old, abandoned ruins of the town. He is at first wary of the demon, or fiend as he calls her, due to the stories he has heard of fiends tricking people and eating their souls. The demon beckons the boy closer, telling him that she is confined by magic to a small portion of the area, and asks him to tell her a story. He reluctantly obliges, telling her the story of a cobbler who came upon a yellow eyed fiend and became trapped by the fiend, having his soul eaten. His stomach growling, the boy makes a deal with the demon to stay with her for the day in exchange for her helping him with food.  Thus our characters lives become entwined with one another. 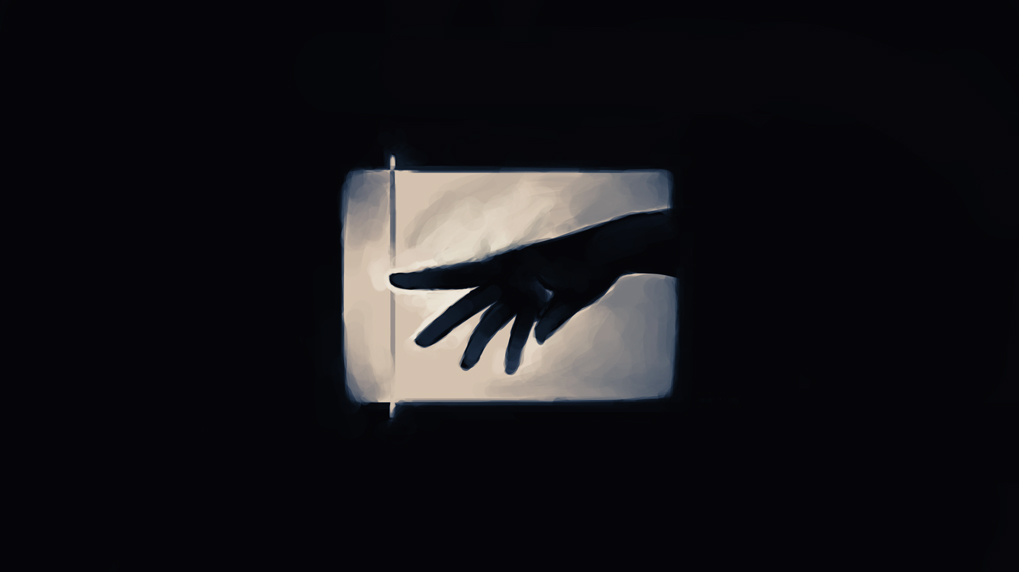 The art in Juniper’s Knot is simply gorgeous. Everything, from the characters to the backgrounds, has this painted/watercolor look to it and great attention is especially paid to the characters. Everything is drawn and colored in great detail and fits the mood of the novel perfectly; Mysterious, dark, and breathtaking. Despite the short length, this novel features a whopping 17 CG illustrations with several variations. In my opinion, the art of Juniper’s Knot is the best I’ve seen in a English Indie VN, and arguably better than many Japanese VNs. I was simply mesmerized by the art. 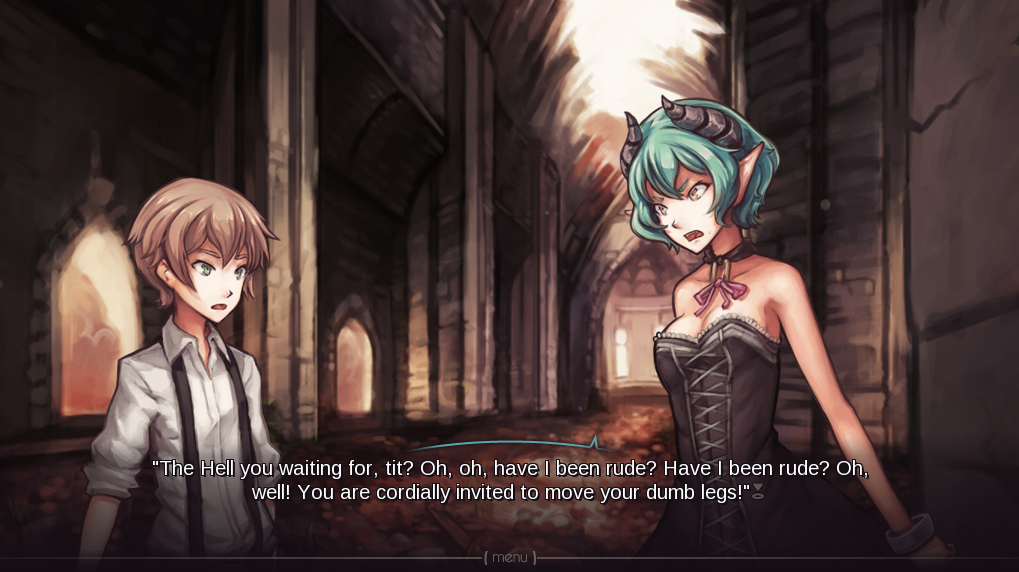 In addition to the art, scenes are given life and fluid motion in the use of sutble image transitions.  The character’s paper dolls come to life with naturally seeming movements to different poses and facial expressions. Simple illustrations, such as a fire, come alive using transitioning that makes it seem like the fire is ebbing, waning, and cracking. Scenes pan along instead of suddenly changing, and the dolls move positions on the screen fitting the text and feel and look as if they are actually walking. Cut ins slowly flow and slide across the screen. All of this makes the story more engaging and engrossing, truly using visuals to help tell the story. 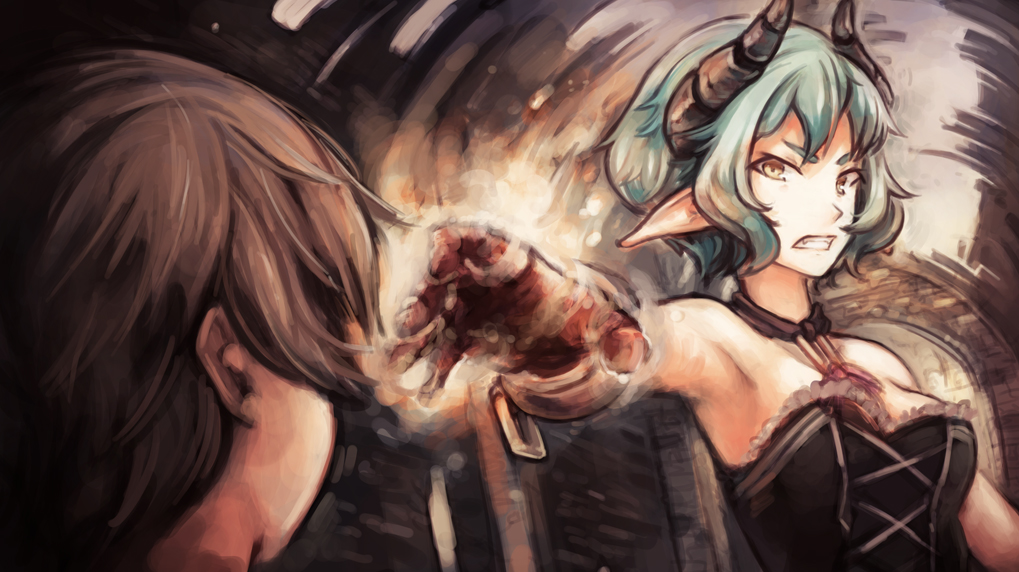 The music and sound effects in this novel are also simply amazing.  You can hear the crackle of the fire, the drops of water hitting the ground, the sound of dirt and gravel crunching under shoes; All giving further life and immersion to the weaving story of Juniper’s Knot. The music is extremely pleasing to the ears, original, and completely utterly fits the mood of the scenes, pulling you in even more emotionally. Two tracks in particular, “Bleeding” and “Open My Heart” are especially memorable and I have simply not been able to stop playing them over and over in the jukebox extras feature. 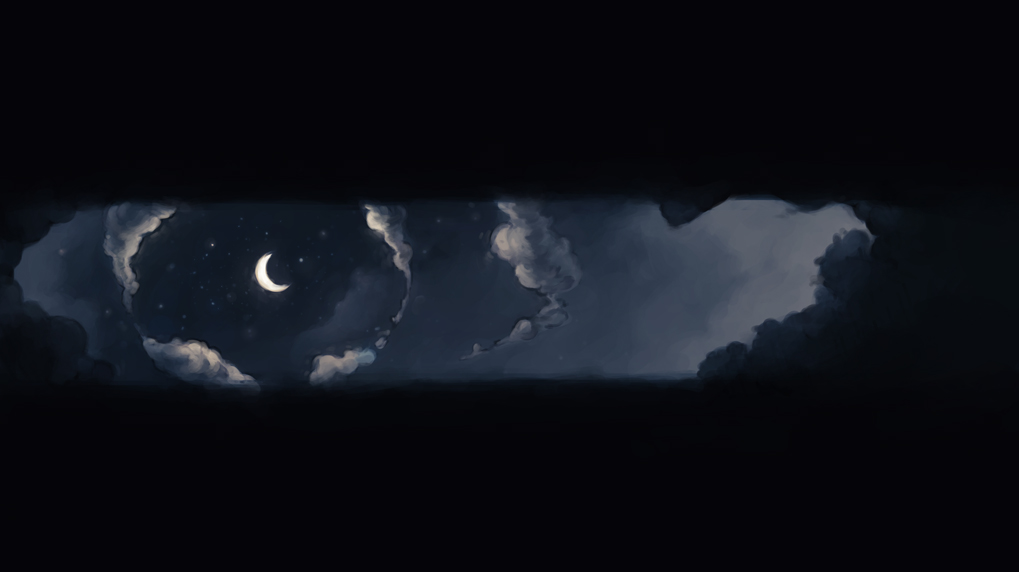 Despite only being 1-2 hours long, depending on how fast or slow you read, Juniper’s Knot manages to deliver characters with distinct personalities and an emotionally gripping story; Their names, history, or world do not matter; What matter is the now, the chance meeting of two souls and the inexplicable bond that forms, the new and unseen future that forms from this accidental meeting. This is the crux of the story behind the novel; It is a tale of two people and their meeting. 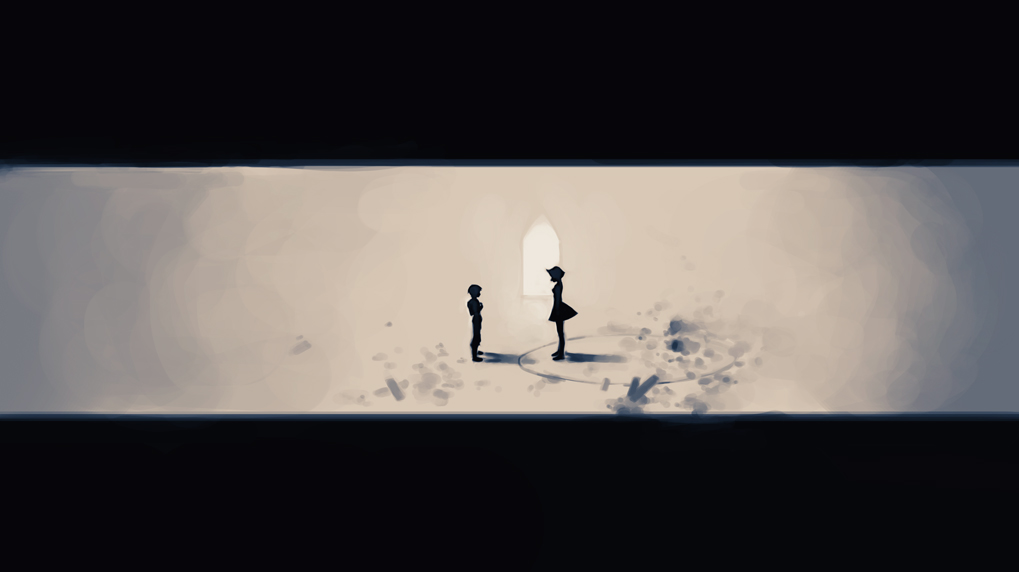 Every once in a while you come upon a rare, hidden jewel; A diamond in the rough. Juniper’s Knot is one such jewel.  Having been only produced in one month for NaNoReNo 2012 and largely unheard/talked of, this novel delivers an amazing, emotionally gripping story, beautiful illustrations, originality, and memorable music.  It is rare that a short story manages to pull a reader in emotionally, especially someone like me who loves fleshed out stories. Juniper’s Knot however, in such a short time frame, made me come to emotionally connect with the characters and truly -feel- the story.
I very, highly recommend reading Juniper’s Knot to everyone who loves an engaging and emotional story. Dischan did an amazing job on their first published work, and if this is what they can do for a short, free VN, I have very hopeful and excited expectations for what they can do with a longer story and bigger budget. Dischan will definitely be going on my “watch” list, and I feel that they have the potential to contend with the three “high profile” English Indie VN producers (Winter Wolves, Sake Visual, and Hanako Games).
Final Score: 97%
Gorgeous artwork, emotionally engaging story and characters, catchy and memorable music, originality, great use of transitioning and sound effects to add to the story’s immersion. Managed to make me fall in love despite being a short story.
Cons:
Trivial shit like no OP and me really, really wishing it was a full length VN. Oh, and no voice acting.  I think really good voice acting for the boy and demon would have made this novel simply perfect.
Release Info:
Available for free in several languages, including English, in digital format.
VN by Dischan.
15+ Visual Novel