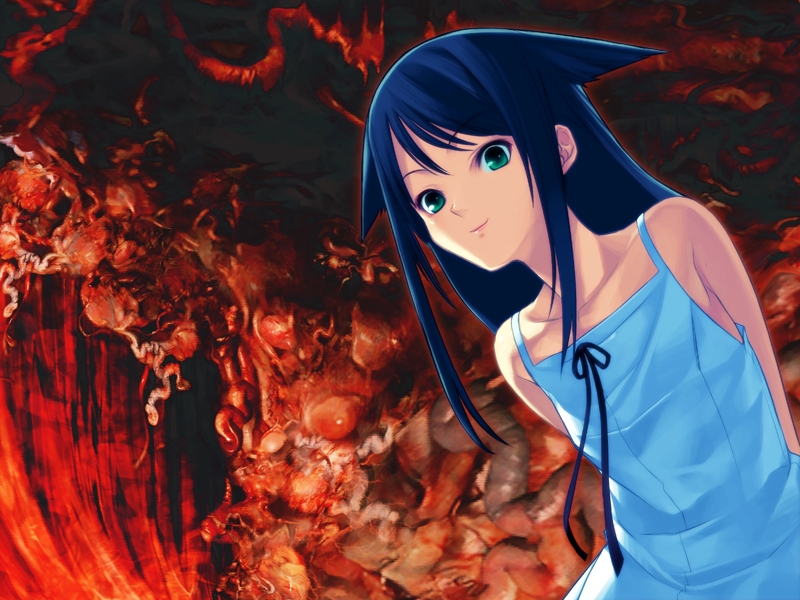 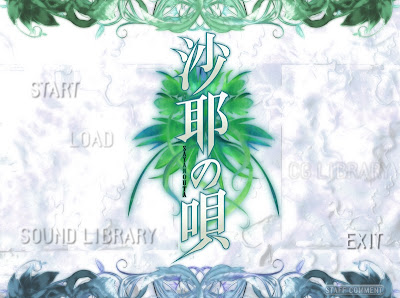 Saya No Uta (Song of Saya) follows a medical student by the name of Fuminori.  Shortly before the start/events of the game, Fuminori is in a tragic car accident where his family is killed and puts him into critical condition. He undergoes a experimental procedure that saves his life, but causes his perceptions of the world to change drastically. Fuminori wakes up to a world that is covered in gore-ridden, rotting flesh and where people are giant rancid smelling flesh monsters whose speech is alien and sounds like nails on a chalkboard; The world that he knew is gone, and his friends have warped into creatures whose very sight disgusts Fuminori to no end. 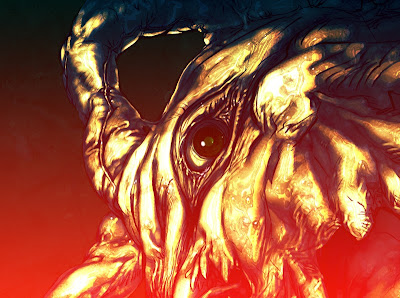 Unable to cope with the new horrors of the world, Fuminori starts to slip closer to insanity and contemplates suicide until one day a girl by the name of Saya, who is looking for her father, appears in his hospital room.  Since his accident, Saya is the only person he has seen as human, and he instantly reaches out to her. Not wanting to lose this one thread of light in a grotesque, insane world, Fuminori offers to help Saya find her father and asks her to come live with him. Naturally, she accepts, and then we begin our journey deeper into the fucked up world of Saya No Uta… 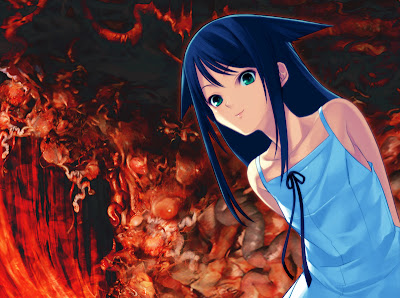 Saya No Uta is one of the most emotionally gripping pieces of literature I have read to date(And I read -a lot-). The CGs and backgrounds help you to view and perceive the world as Fuminori does, bringing you to sympathise and understand Fuminori’s disgust at the people and his surroundings.  While the backgrounds are somewhat grotesque, they are not overly so, it was the writing that truly painted a gorey, stomach churning world for me. To add to this, the music was jarring and distorted, adding an even more unsettling feeling about Fuminori’s surroundings; The only time the music is even close to being “normal” is when Fuminori is around Saya. 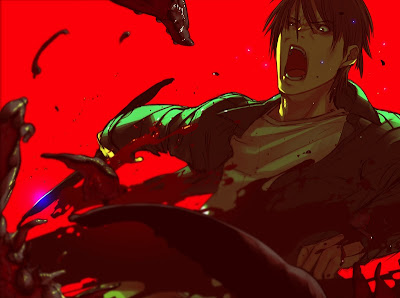 One of this game’s greatest strengths lies in its writing. Great attention is paid to Fuminori and Saya’s relationship and though the course of the story you begin to form an emotional bond for the couple. Even as the pair evolved into what can be considered villain roles, I found myself sympathising with and actually rooting for Saya and Fuminori, even when they performed actions I normally would consider morally “wrong” and reprehensible. The story does such a great job of pulling you into Fuminori’s world that by this point in the story, you completely understand why Saya and Fuminori begin to do the things they do and even root for their success. In the midst of all the horror, gore, murder, rape, and general depravity, there is a heart-string pulling story of true love and devotion; Saya would do anything for Fuminori, and Fuminori would do anything for Saya. 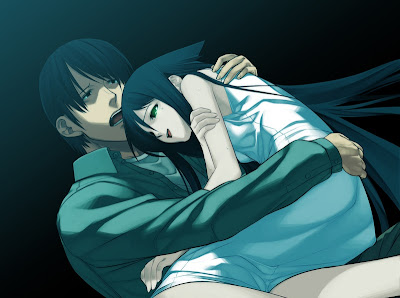 Saya No Uta is not a fuzzy, heartwarming story with a happy ending. It does not invoke feelings of happiness in the reader, as most Visual Novels aim to do; This does not diminish the emotional impact it has on the reader though.  While there is, ironically, a beautiful love story intertwined into the story, Saya No Uta puts you on the other side of most peoples moral viewpoints and leaves you with a giant philosophical question; Are peoples actions that we find wrong, really wrong? I found myself asking and self-debating this at the end of Saya No Uta because while in “Fuminori’s shoes” I found his actions to be in the right, completely justifiable, and even had me thinking that I would do the same if I were in the same situation. Yet, if I were to see or hear of someone doing the things Fuminori and Saya did, I would more than likely find their actions to be horrible and immoral. 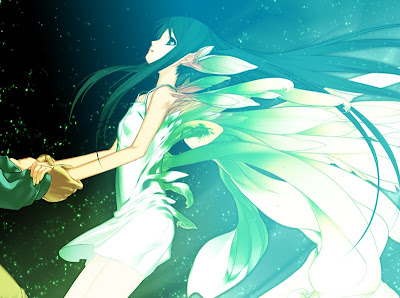 All three endings were immensely bittersweet and left me crying like a little girl. There was no win-win situation; every ending had elements that could be considered good and bad. There are only 2 choice points in this game, and each one drastically changed the outcome of the story and ending. My favorite ending was the one where Saya and Fuminori triumph (can’t say much more or else I’ll be spoiling) because I had become so attached to the couple that I was ok with everyone else getting basically screwed over for the sake of their love. The other two endings just broke my heart too damn much because of them. I have left out information and reviews on the routes because personally I feel the only way I would be able to review them would be to reveal spoilers of the story and well…This VN is just too good to spoil in a basic review.
For anyone interested in truly emotionally touching stories that doesn’t have a soft stomach, I would highly recommend Saya No Uta. While short, Saya No Uta is one of the best Visual Novels I have read to date. Nitroplus really outdid themselves.
Final Score: 95%
As stated above, best Visual Novel I have read so far.  Amazing story, beautifully fleshed out main characters, no noticeable typos or awkward sentences, and art and soundtrack that fit perfect with the game. The H-scenes were short (most involve rape/sexual slavery) and didn’t detract really from the story.
Cons:
The full screen text-boxes irked me some, and the side characters were not really given much attention development wise, but it was understandable given the length of the VN and the fact the meat of the story revolved around Saya and Fuminori.
Release Info:
Available  for sale in English with both a digital and hardcopy release for PC
VN by Nitroplus, English localization by JAST USA
18+ Ages Visual Novel